Hello! You probably didn't know this, but I have a very mild super-power. If you give me a range of objects and ask me to choose one, I will instantly gravitate to the most expensive one. Oh, wait, are super-powers meant to be useful? Hmm. I may need to rethink this. Anyway I saw a picture of this really cool bat headband on Pinterest and instantly decided I needed it. And then I saw the price tag and instantly decided to make one instead. 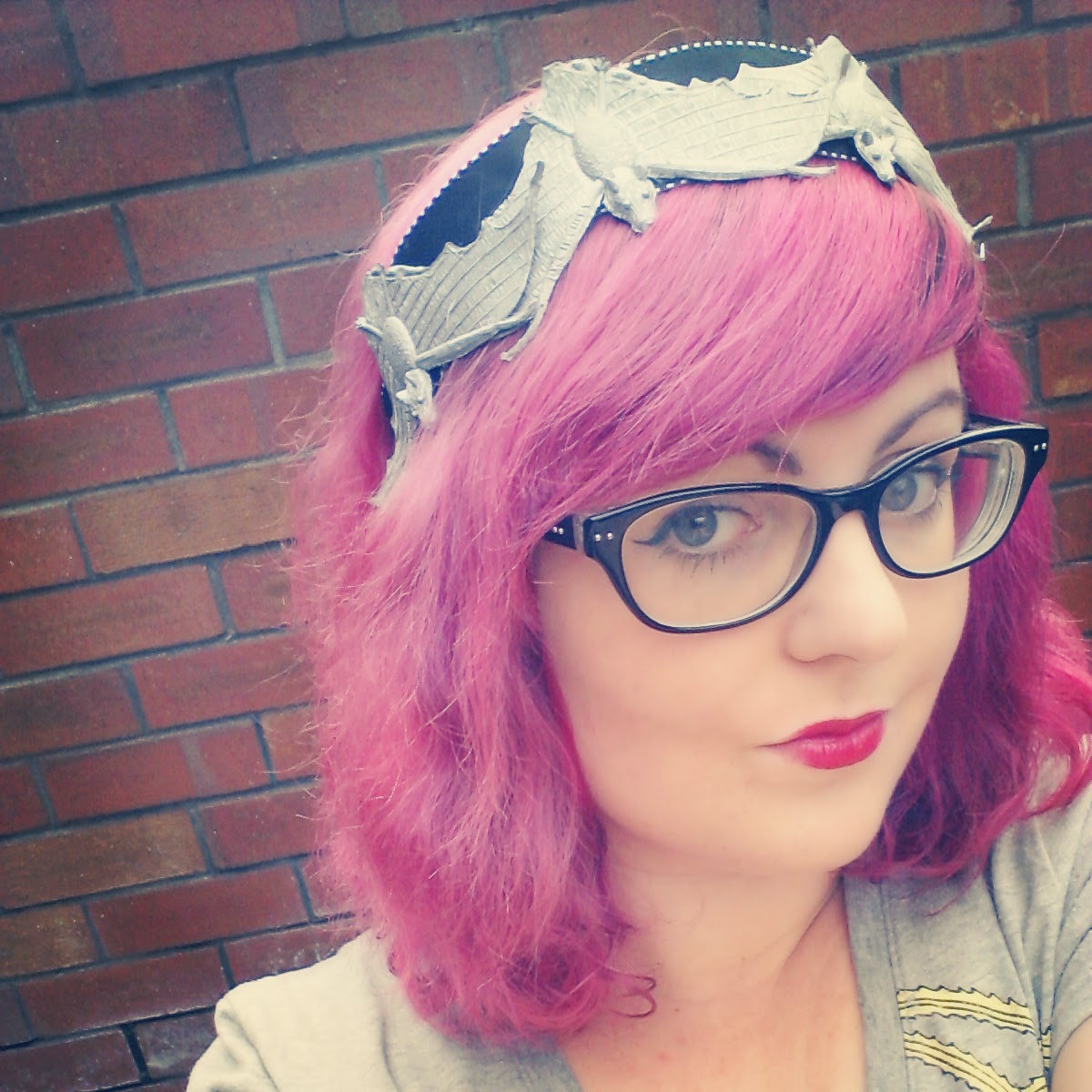 So I had a dig around in my craft room and found some black plastic bats leftover from last Halloween, some silver spray paint, and an old headband. The headband was one that originally had some ribbon on it so you could tie a bow at the back of your head, but I wanted to wear it as a hair tie instead so I took the ribbon off and then I had a kinda gooey headband left over. I tried to clean it off with Goo Gone, but to no avail. So I had another little dig in the craft room and came out with a nice thick piece of ribbon which I attached using my hot glue gun. 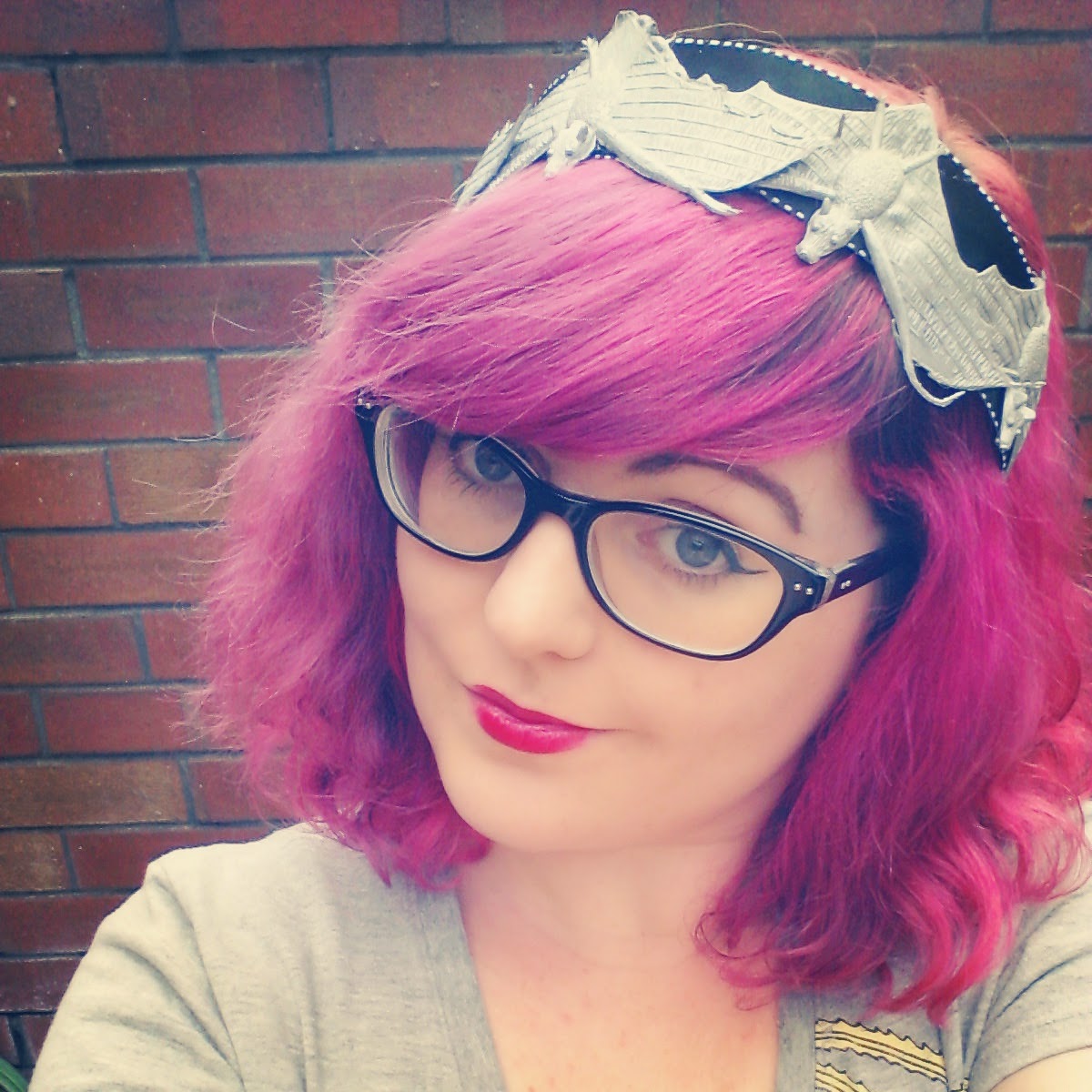 I coated the bats in silver spray and then left them to dry. For AGES. Seriously, these things were sticky for WEEKS. They kept leaving traces of silver on my fingers whenever I tested them and so I thought putting something that did that in my hair wouldn't be such a good idea. Again, to the craft room. I found some spray varnish which was meant for painting and papercrafts, but figured it was worth a go anyway. And it worked! Yay! I still let them dry for a couple more days to make sure, but it worked well. 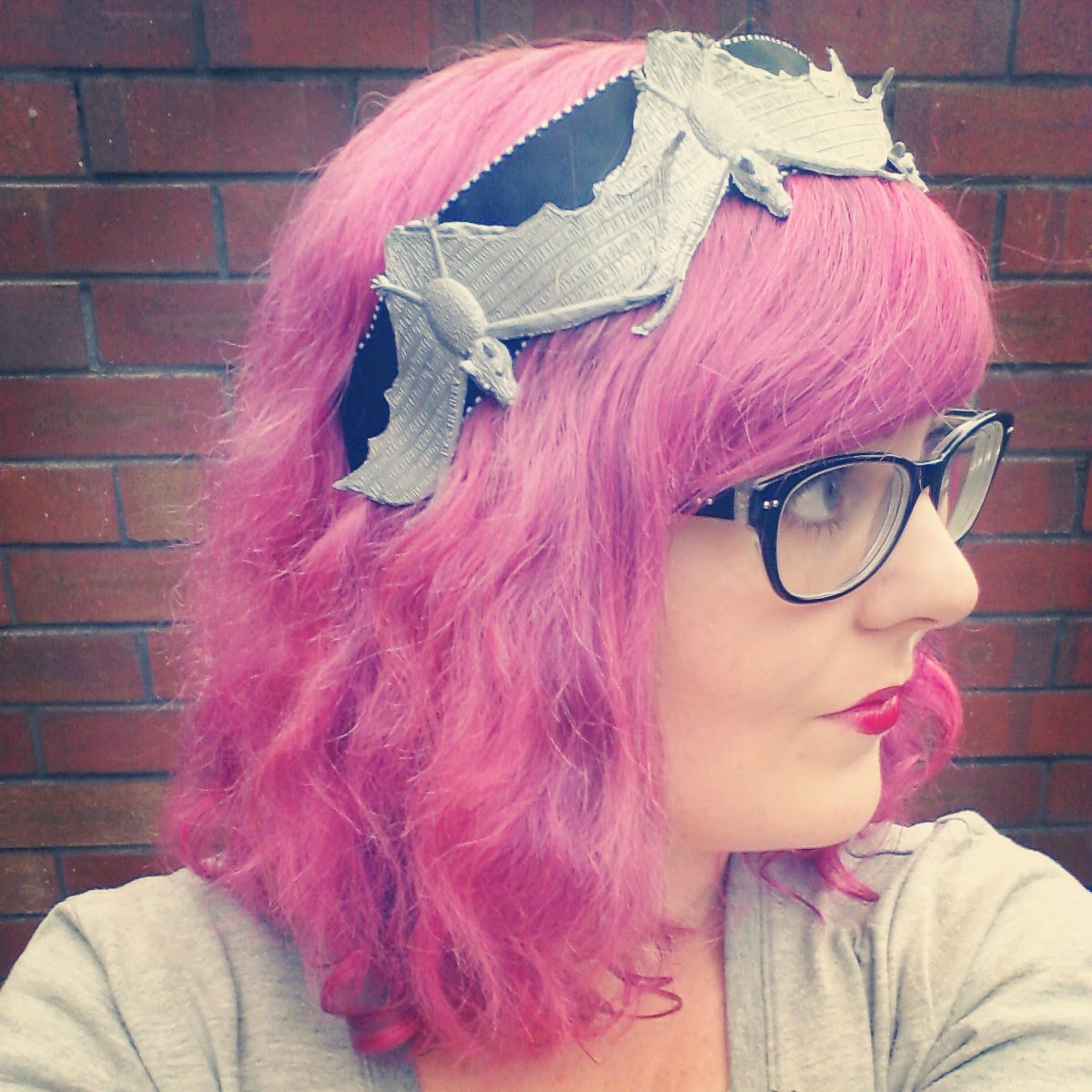 I used E6000 to attach the bats to the actual headband. Seriously, I love this glue. I know it's probably the most toxic stuff ever, but it works so well. I would kiss it, but it would probably kill me to do so. Anyway, the finished head band doesn't really look at all like the inspiration picture. But, you know what, I think I like it better this way anyway! And a $193.10 saving is nothing to scoff at either, right? ~___^ 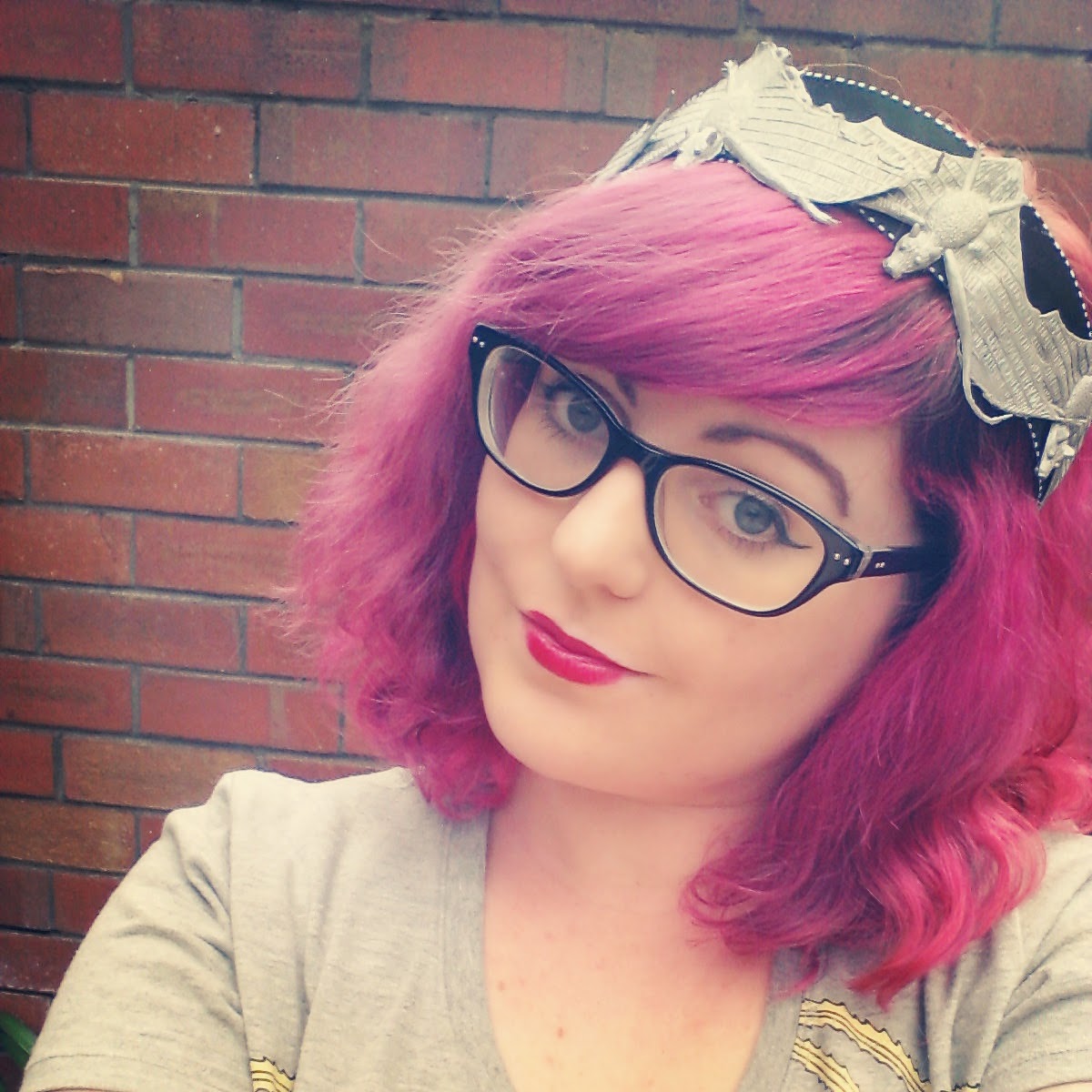 I'm working on another stash craft at the moment, so hopefully I'll have that to show you soon. And I've also got two birthday gifts in the works, and a wood working project, and I think I have to make a zombie project since I'm doing an assignment on them and now I really want to craft zombie things (again). I think we can safely say that my craft list is never getting any shorter!

What a cute headband! And I can't wait to see the more of your crafts. :)

Hahahaha! I loved that line about E6000 being so awesome that you 'want to kiss it, but it would probably kill you to do so'... Lol!! So true. I do love the stuff, but boy howdy does it ever stink! I'm probably killing myself on the fumes alone...

I love that had these bats already XD It looks awesome!

I recently ordered that glue after hearing all the good things about it.

Thanks Amy! Tune in every week for more crafts ~___^

Stinky is an understatement, Bonita! It sure does work though! ^___^

The amount of plastic animals I have is a bit scary Crissy! I just can't resist Halloween decorations ... especially when they're on sale after the actual holiday! I hope you have good luck with the E6000, I don't feel that it's an exaggeration to say that that glue changed my life ~___^