Hello! It's time to show you some more of the Christmas gifts I made! I have a couple more to go, but they haven't been gifted yet (I believe in a very extended holiday period) so I'll show you those next time ^___^ 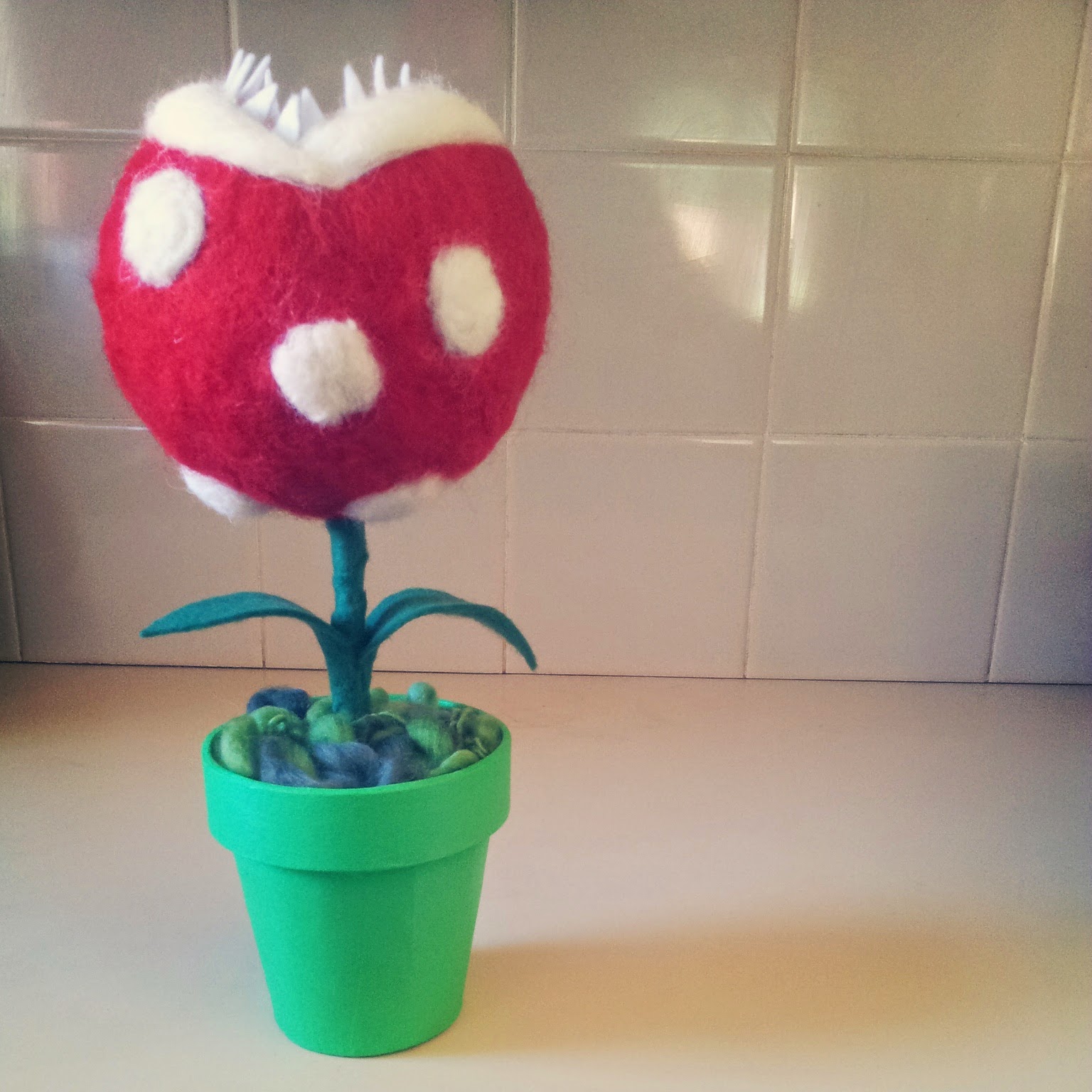 For Scott I made this needle-felted Piranha Plant, of Super Mario fame. To make this, I used a very similar technique from when I made Oscar the Grouch. I used my scalpel to cut out a wedge from a large styrofoam ball which was to become the ... head (???) of the plant and then covered the ball in sheets of red felt. I needed felted the felt together where it overlapped to create a tight casing of felt around the ball. 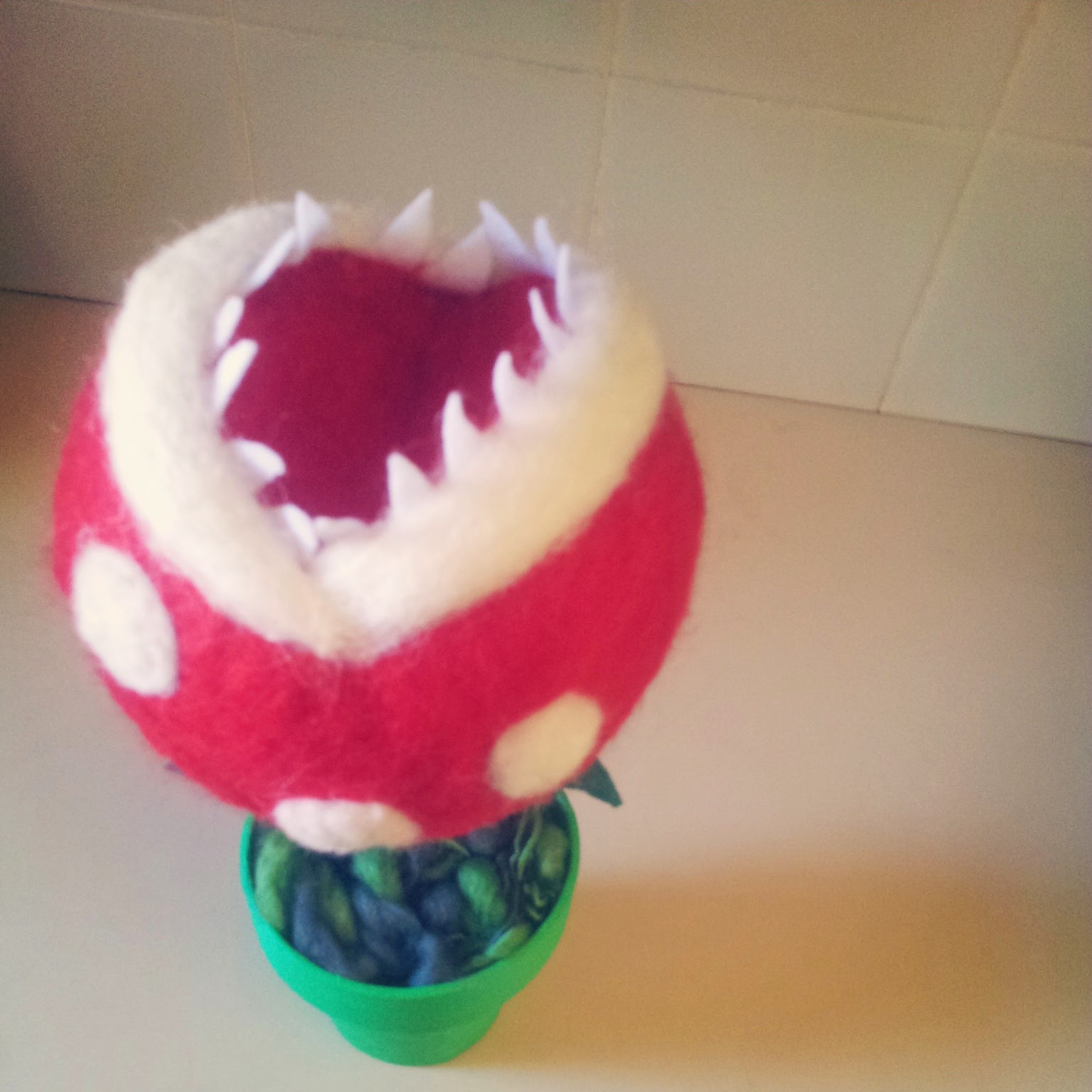 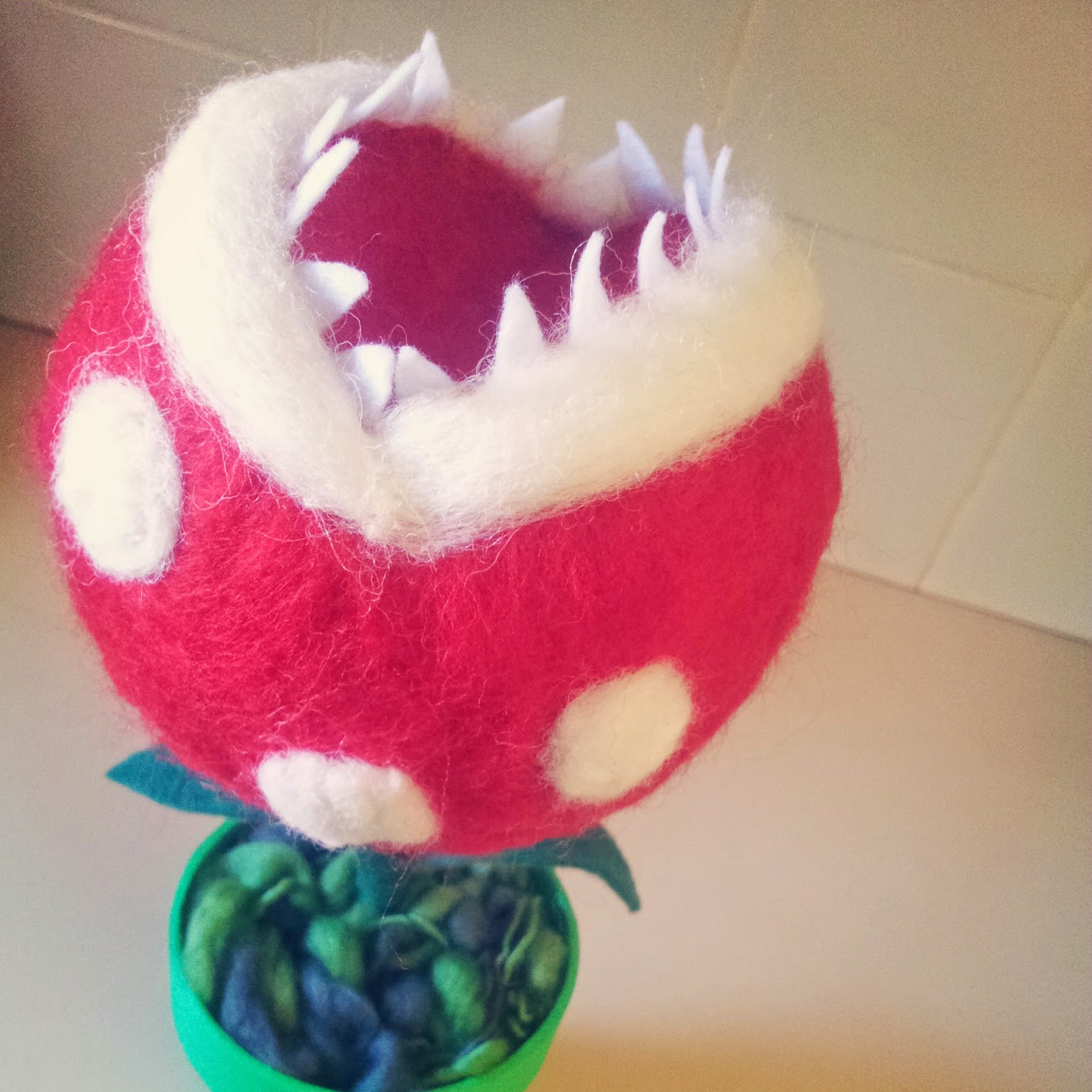 I rolled wool fibre into loose sausage shapes and felted them onto the ball to become the lips. I didn't felt the tops of the lips much, but was sure to felt the edges to create a more rounded shape. 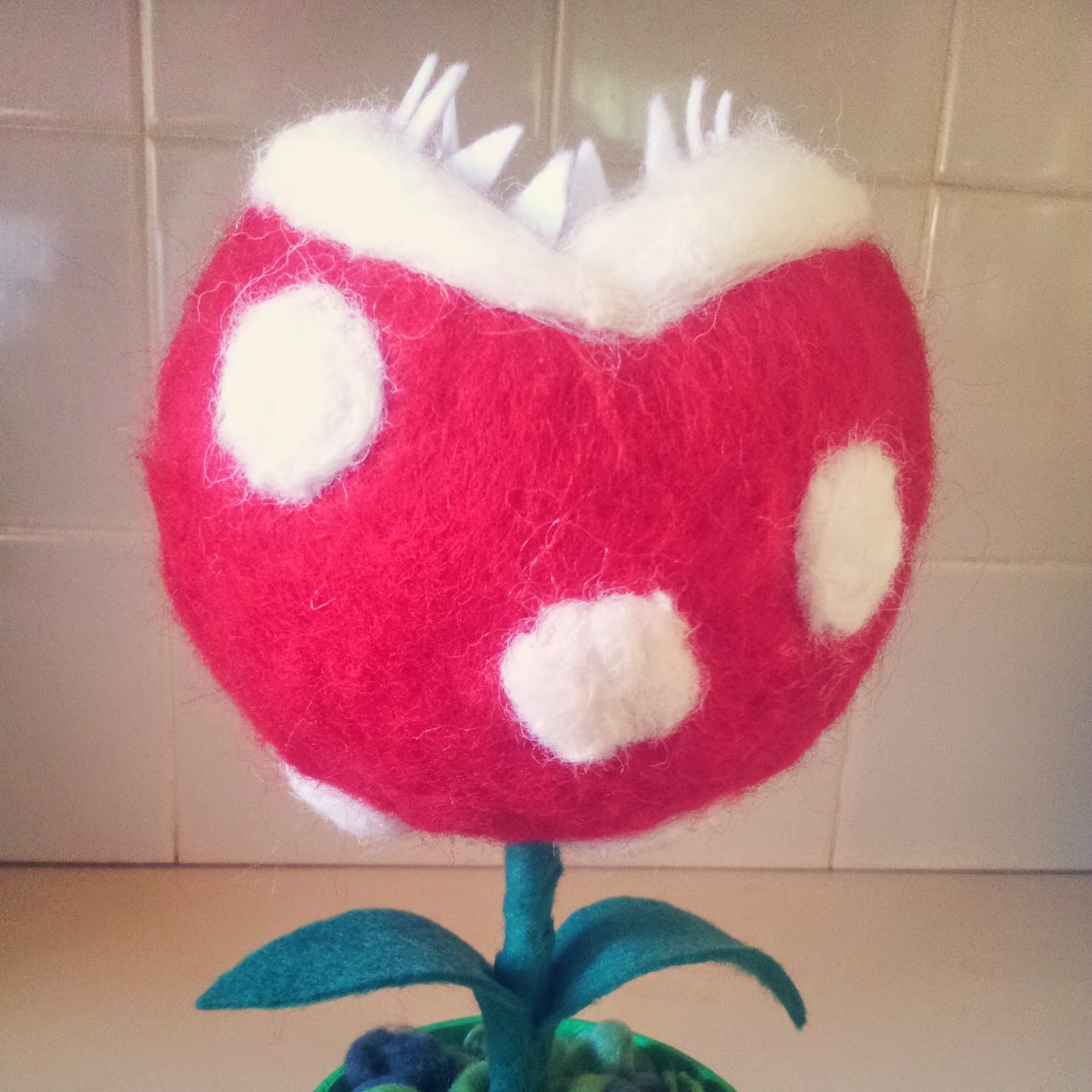 To create the spots, I rolled fibre into loose balls and then felted them on. The balls are slightly 3D because I really wanted them to have solid colour so they are made up of a few layers of fibre each. 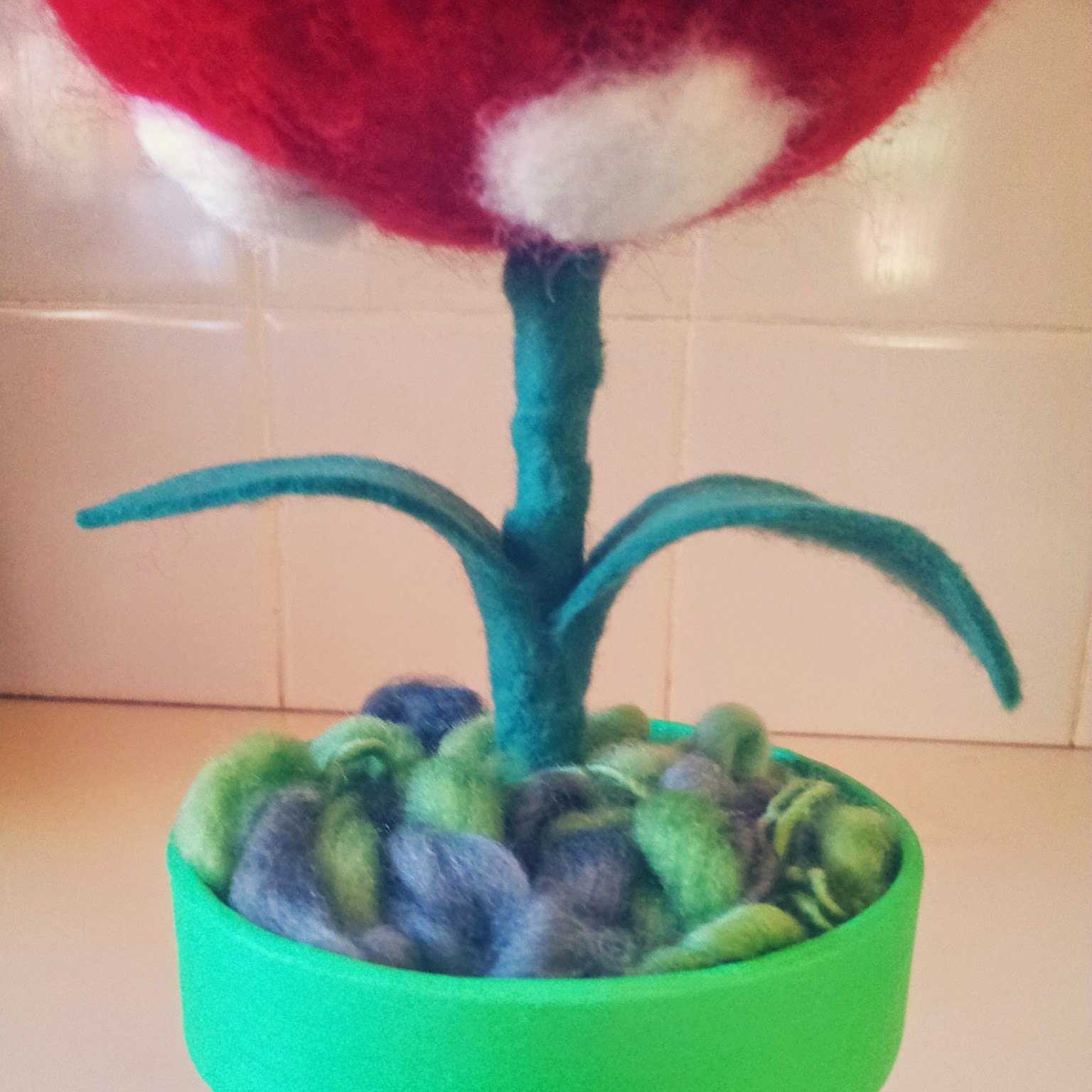 For the stem I used regular sheets of felt. I cut out a long strip and wound it around a wooden chopstick, needle felting where the sheet overlapped itself. I used a scalpel to cut a hole in the bottom of the head of the plant and inserted the stem. I needle felted where the stem met the head so that the felt wouldn't come loose and expose the chopstick. 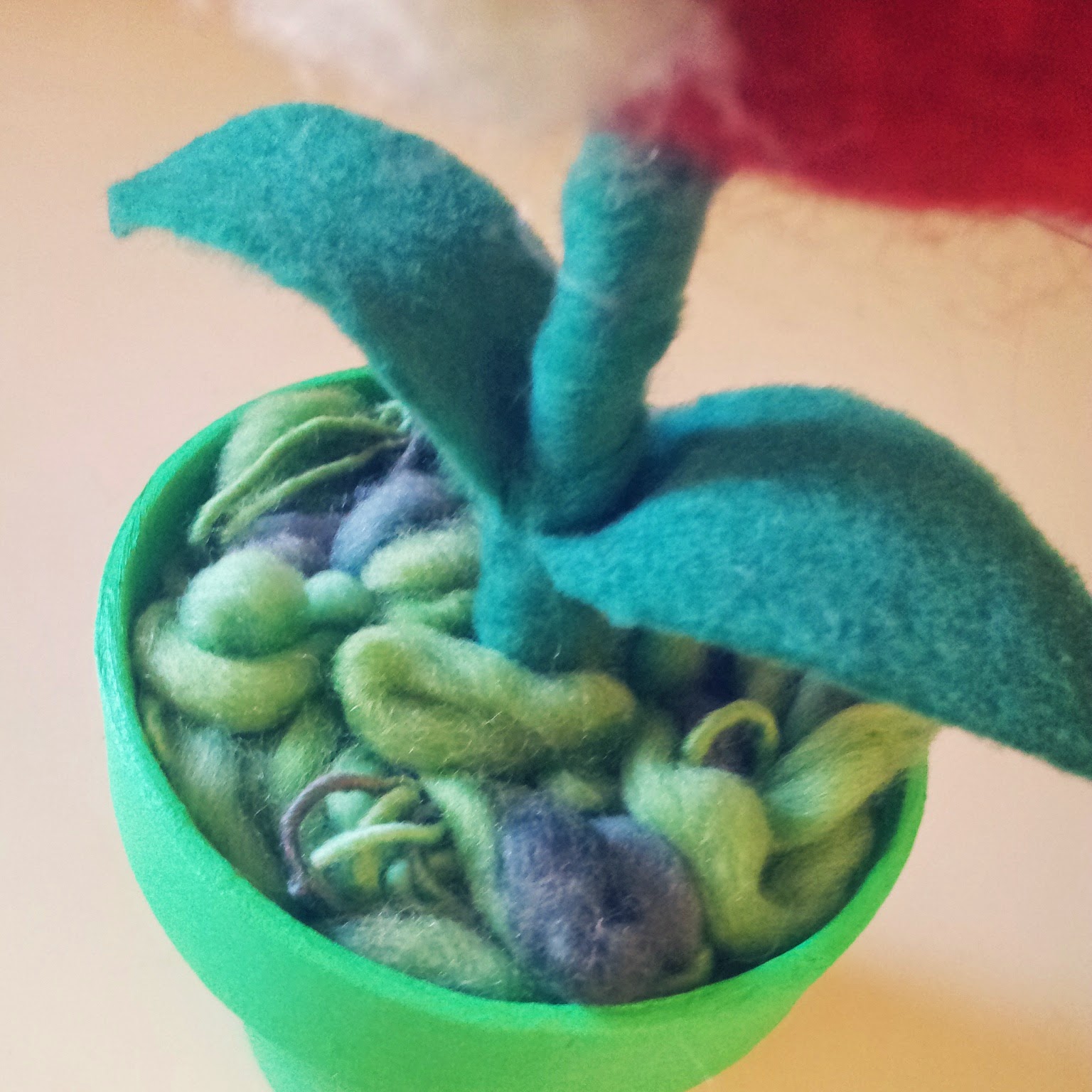 The leaves were cut from the same sheet of green felt and needle felted only at the bases onto the stem. This gives them a nice curved shape, which I think helps make them look more leafy. 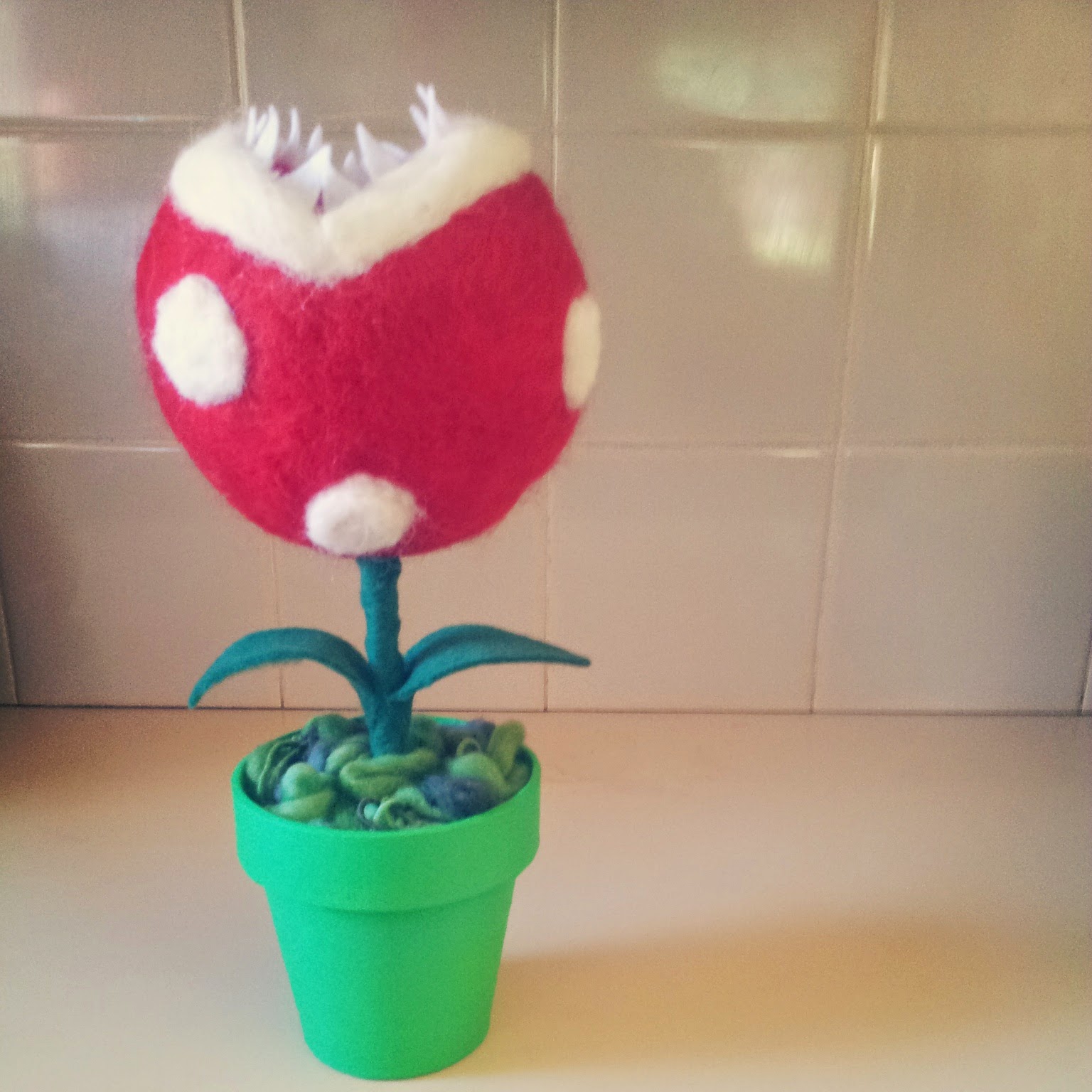 Once the plant was done, I hot glued the bottom of the stem into a paper mache flower pot that I had painted green. Then I stuffed the pot with variegated green chunky wool; this stabilised the plant so it doesn't wobble around but it's also very light. Scott really liked it and my parents thought that I had brought it. Two lovely compliments for any crafter! ^___^ 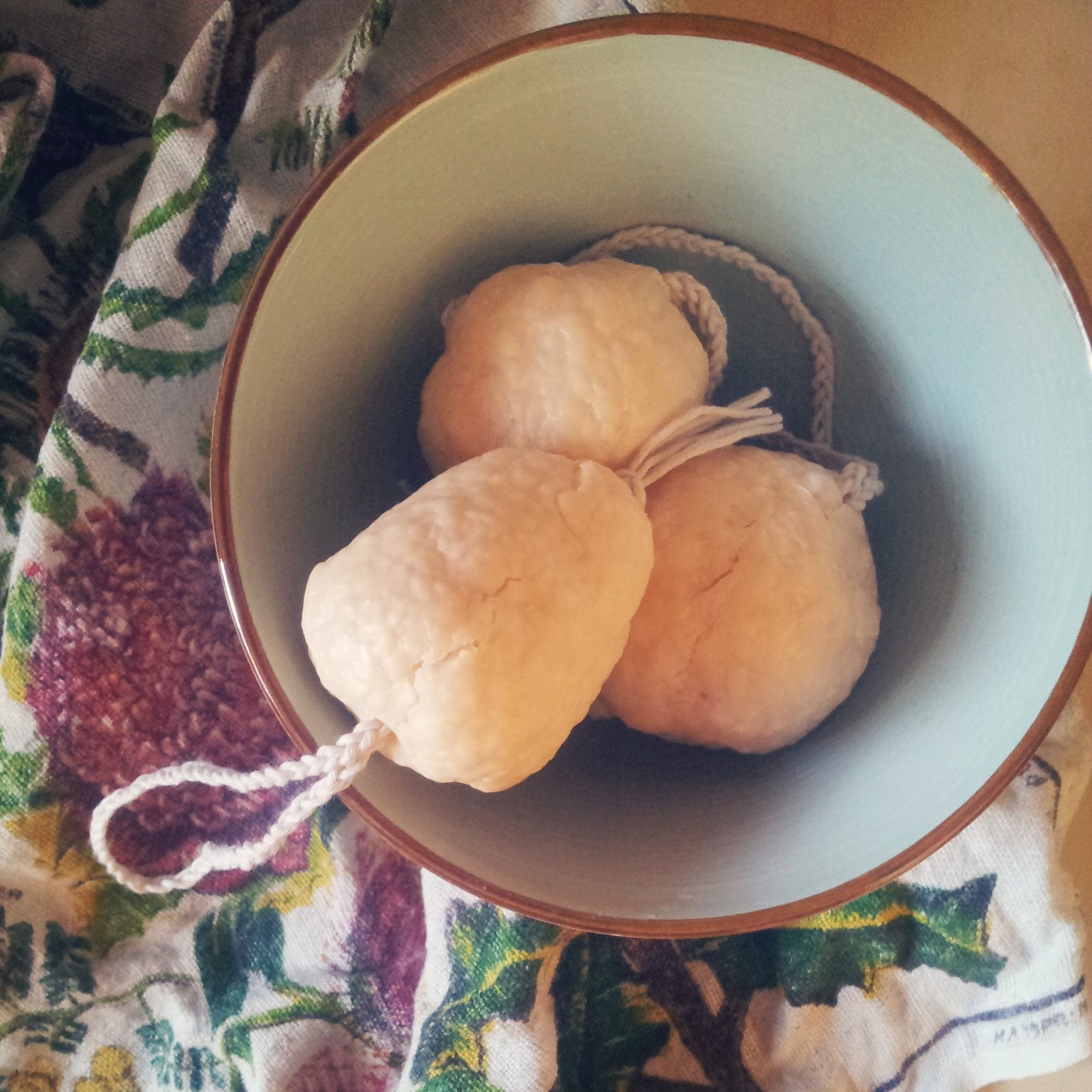 My dad, Kevin, is pretty difficult to craft for since he mostly likes trees (I really should just stick to buying him a new tree every year). However, he does also like camping and happened to mention that soap on a rope would be useful for washing in the desert. 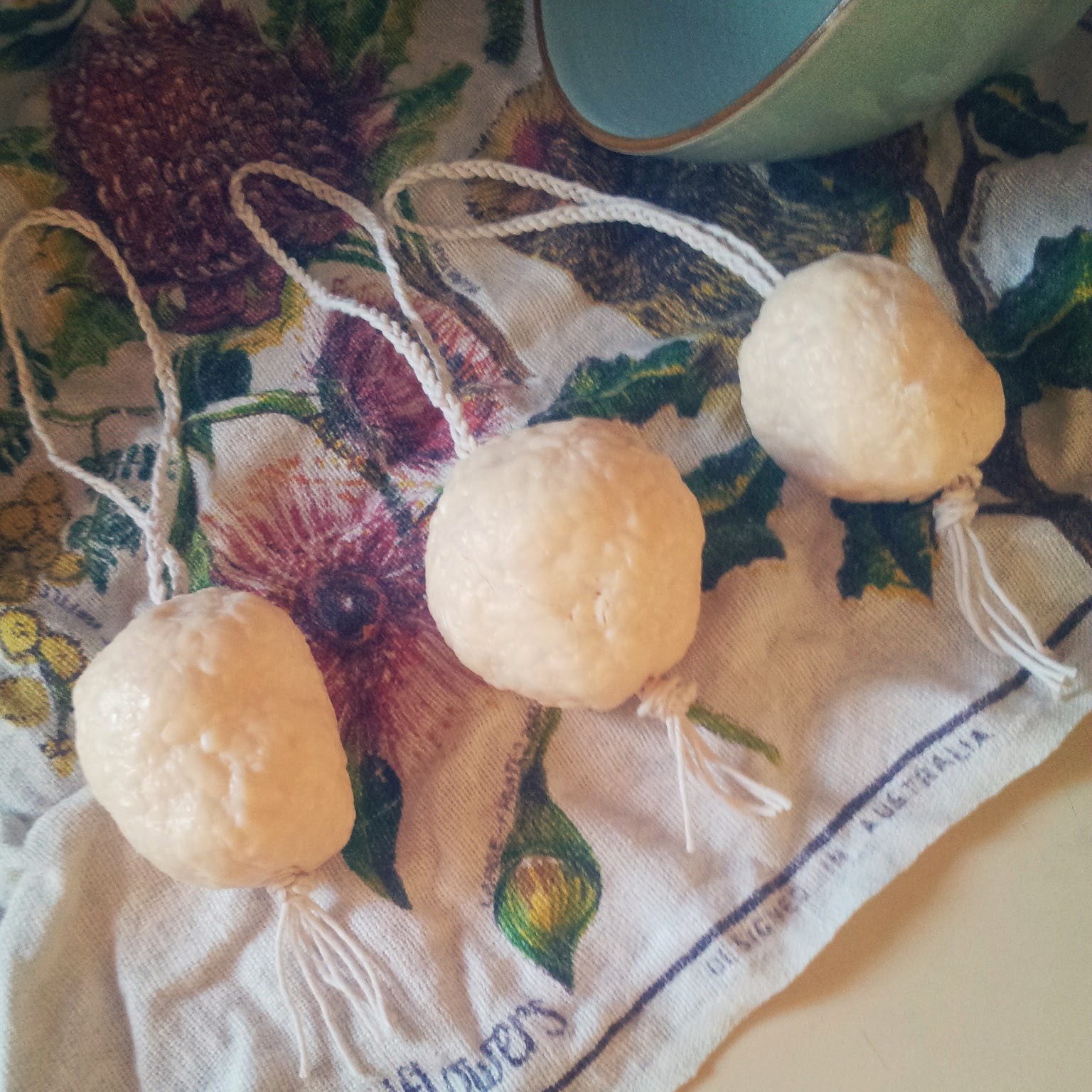 I used the instructions in "A Little Bit Crafty" by Frankie Magazine for these but they didn't turn out as well as I had hoped; they are a little bit bumpy and a little bit cracked. 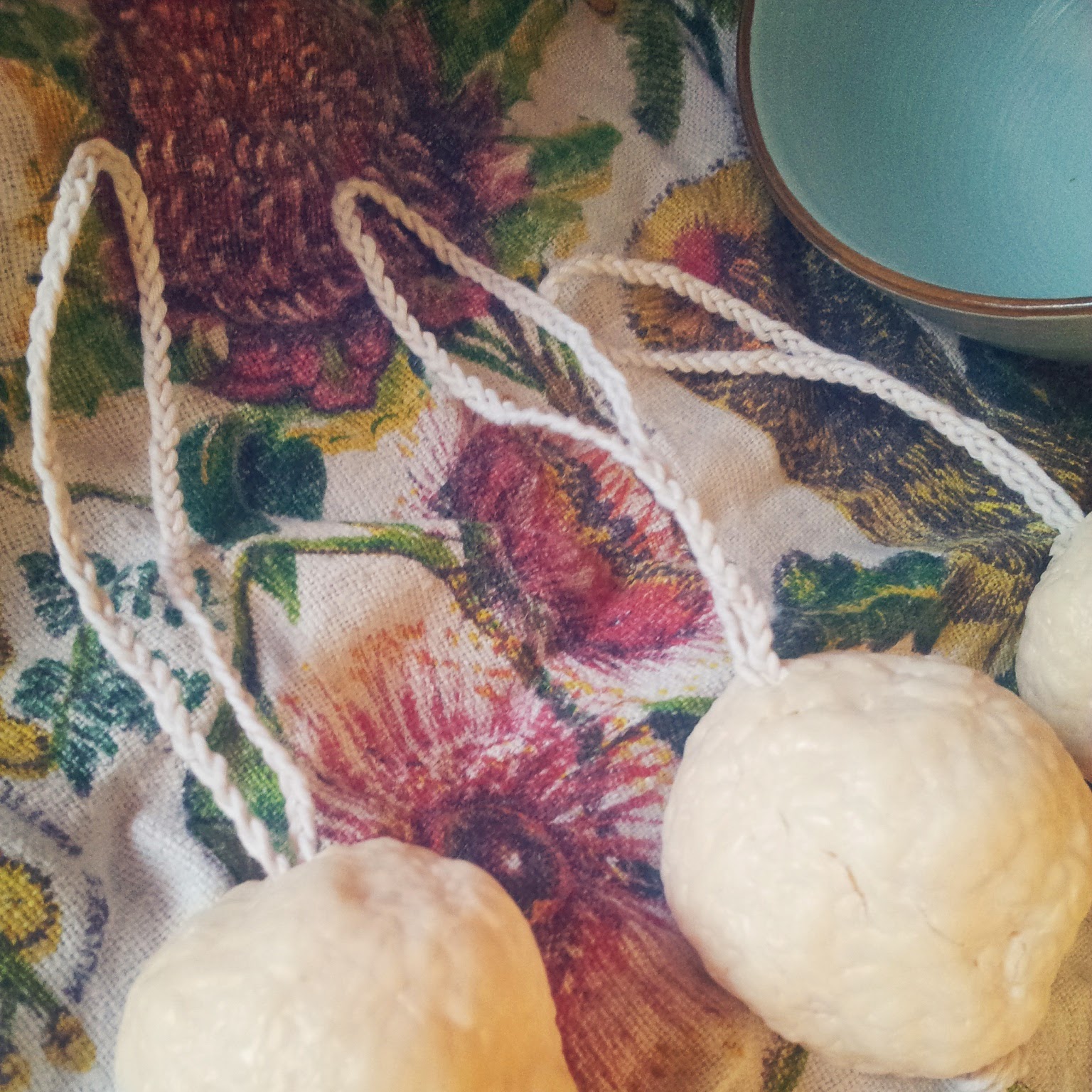 If I were to make them again, I would ensure that my soap was in much smaller pieces before attempting to shape them into balls. I think the chunky flakes that I started off with didn't assist with the making of smooth soaps. 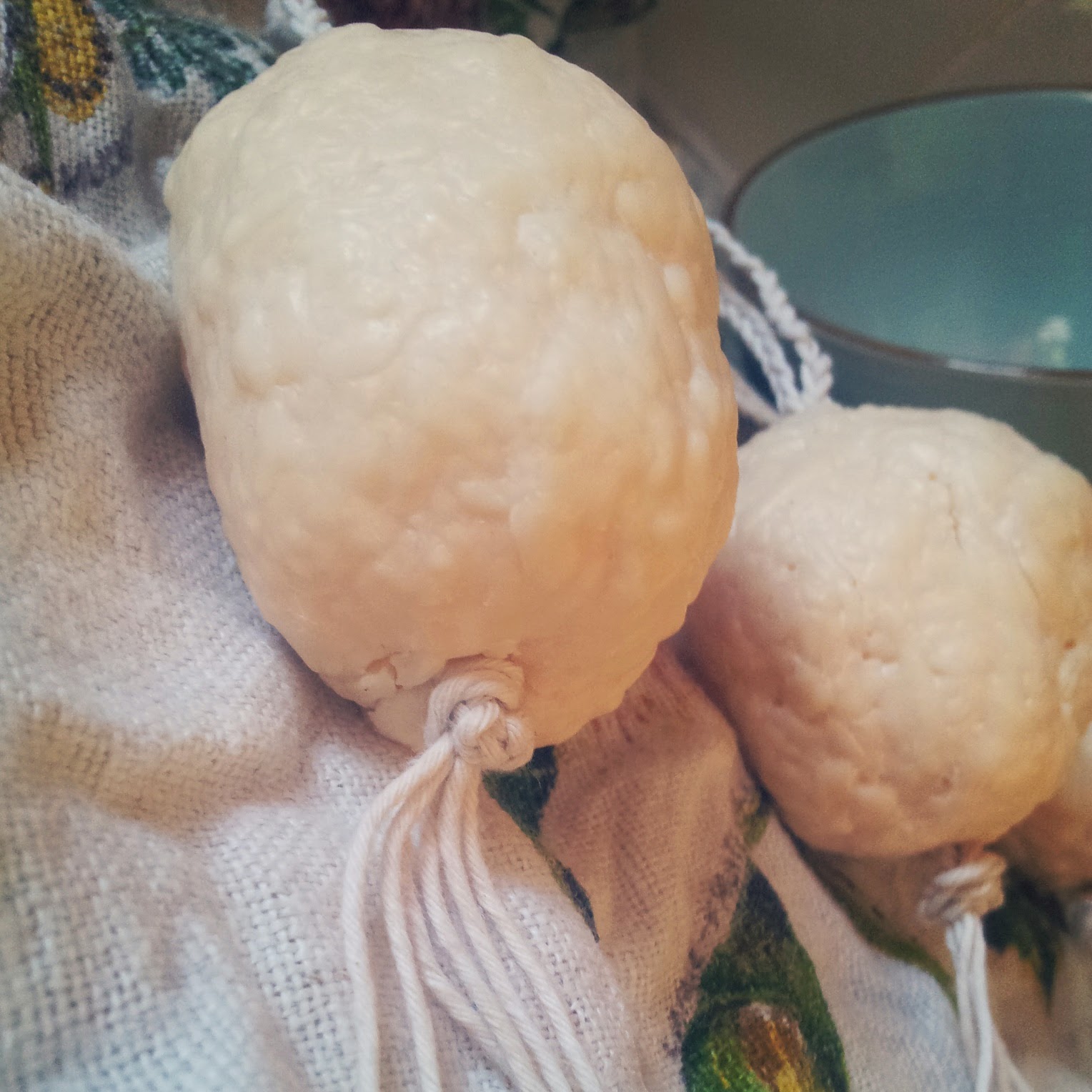 I braided cotton string to use as the ropes, which worked out well because all other actual ropes that I had turned out to be way too big. So, another suggestion: either make bigger soaps, or buy smaller ropes! 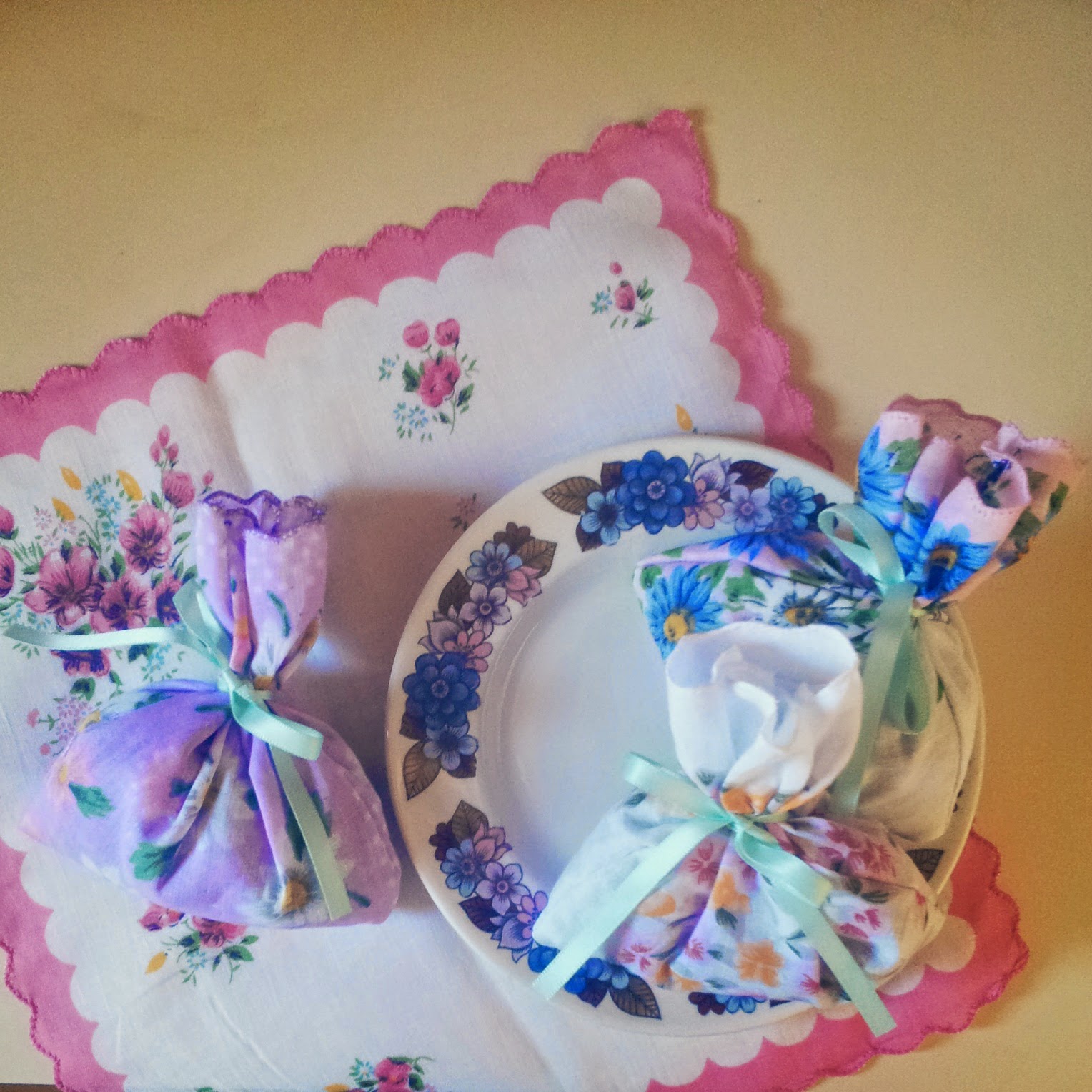 For my Nana Alma and my mum, Anne, I made some lavender sachets using vintage look (but not actual vintage) handkerchiefs, ribbon, and lavender (bet you guessed that last bit, huh). 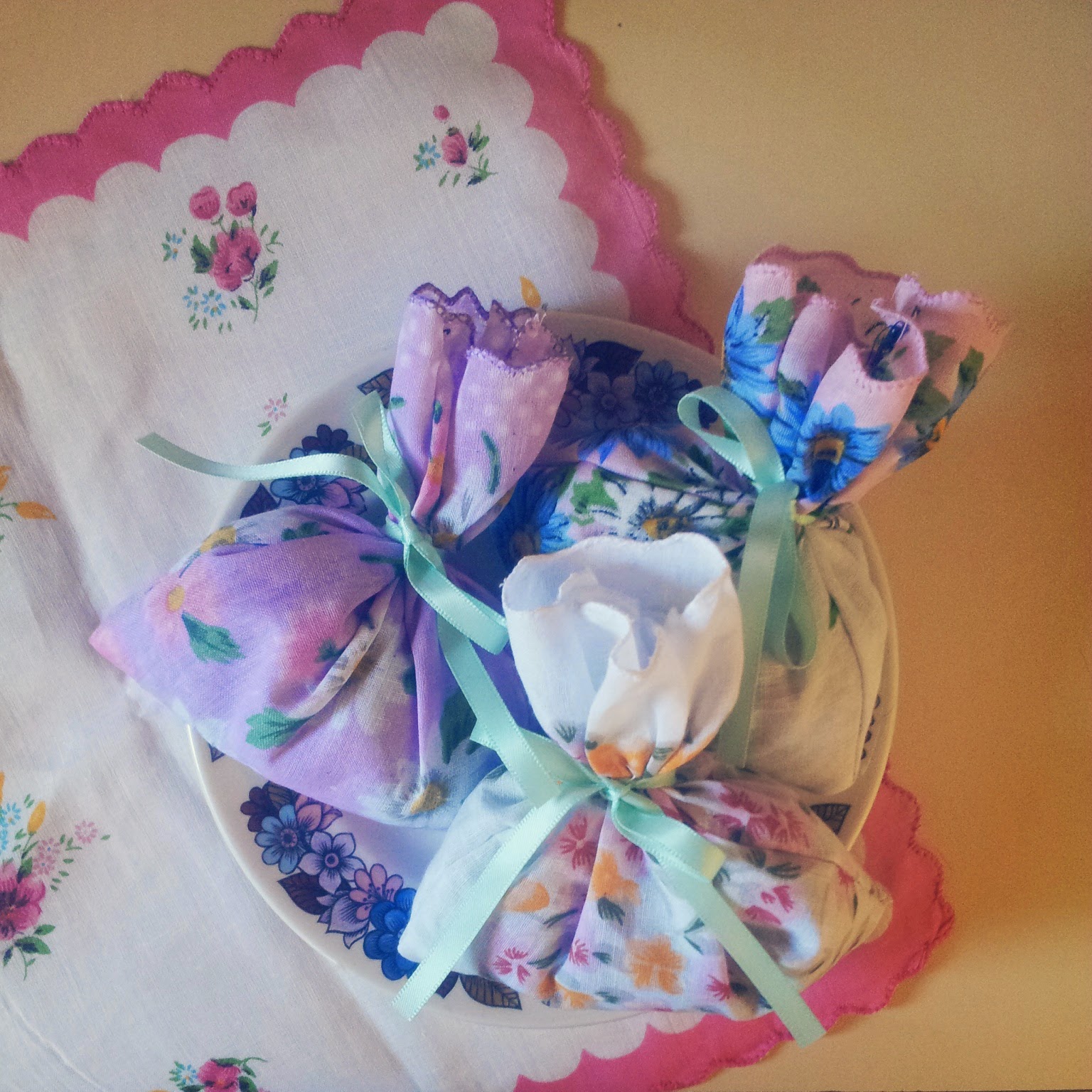 To make these, I cut the handkerchiefs in half, folded them in half again, and then sewed around three of the edges. You could hand sew these, but I used a sewing machine because it is so much faster (and I'm pretty lazy!). 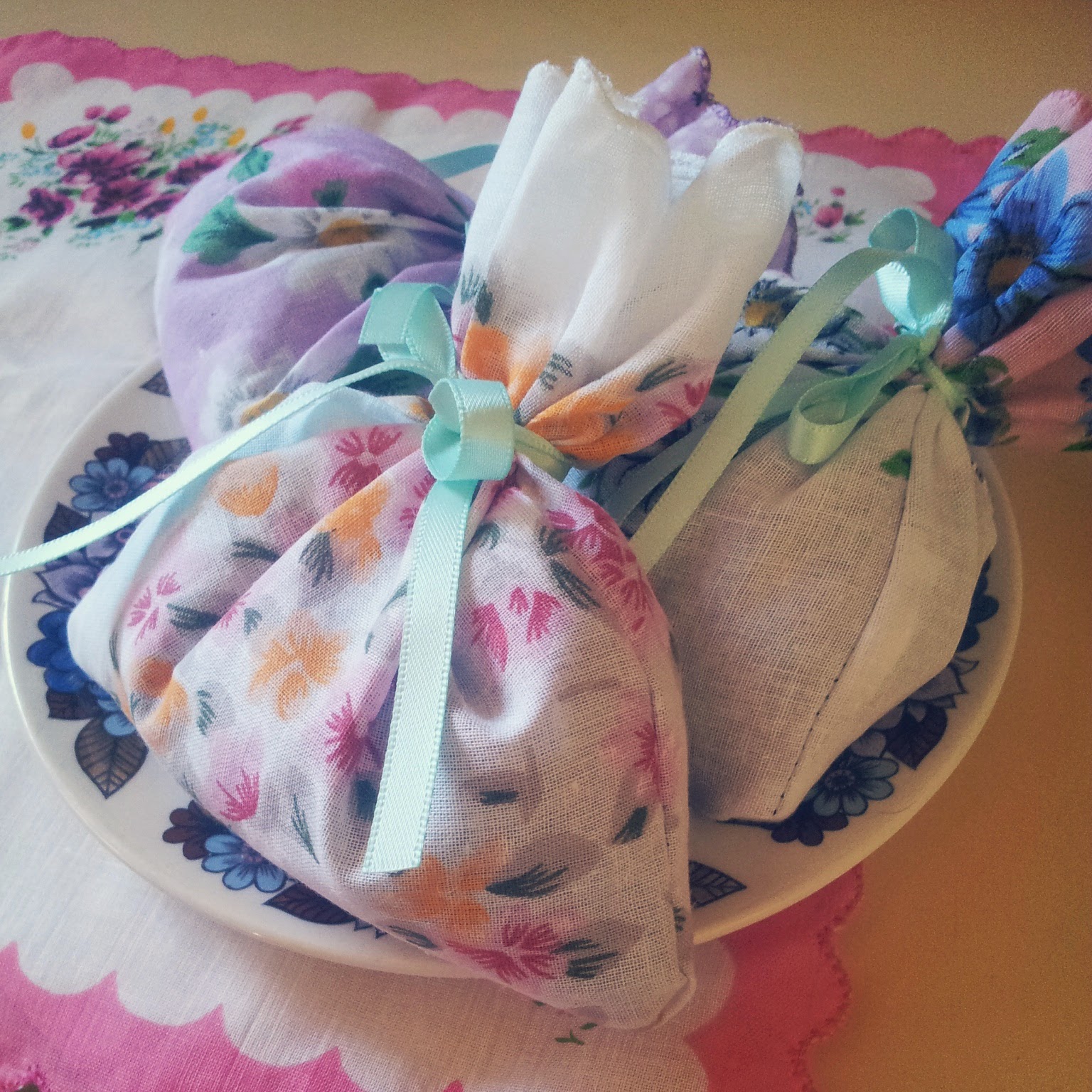 Then I filled them with lavender and tied them closed with a length of ribbon. Easy peasy! 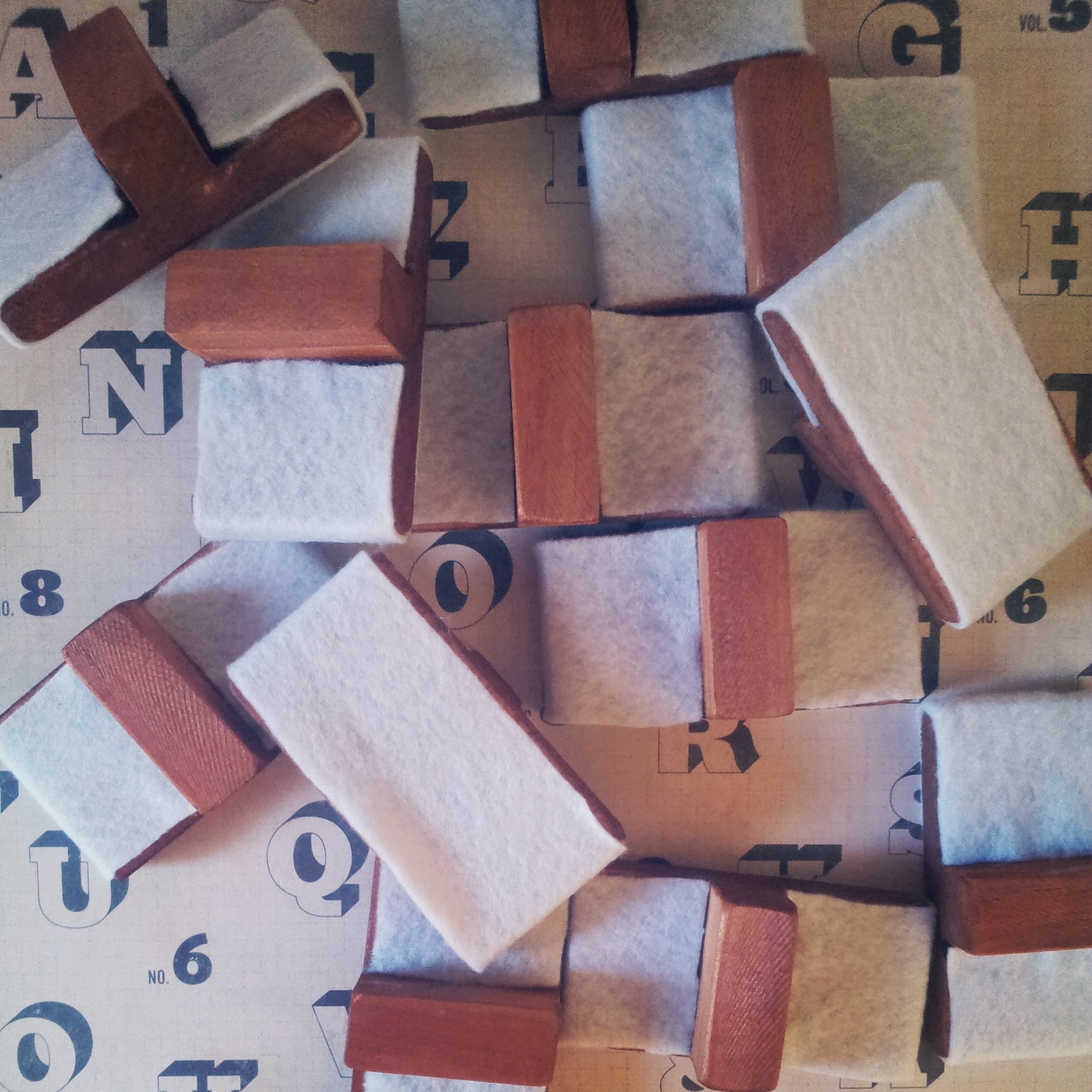 I also made these ink smudging tools for Anne; they are apparently used in scrap booking. I started off with two lengths of pine, one wide and flat and the other not so wide and not so flat, which I glued together. 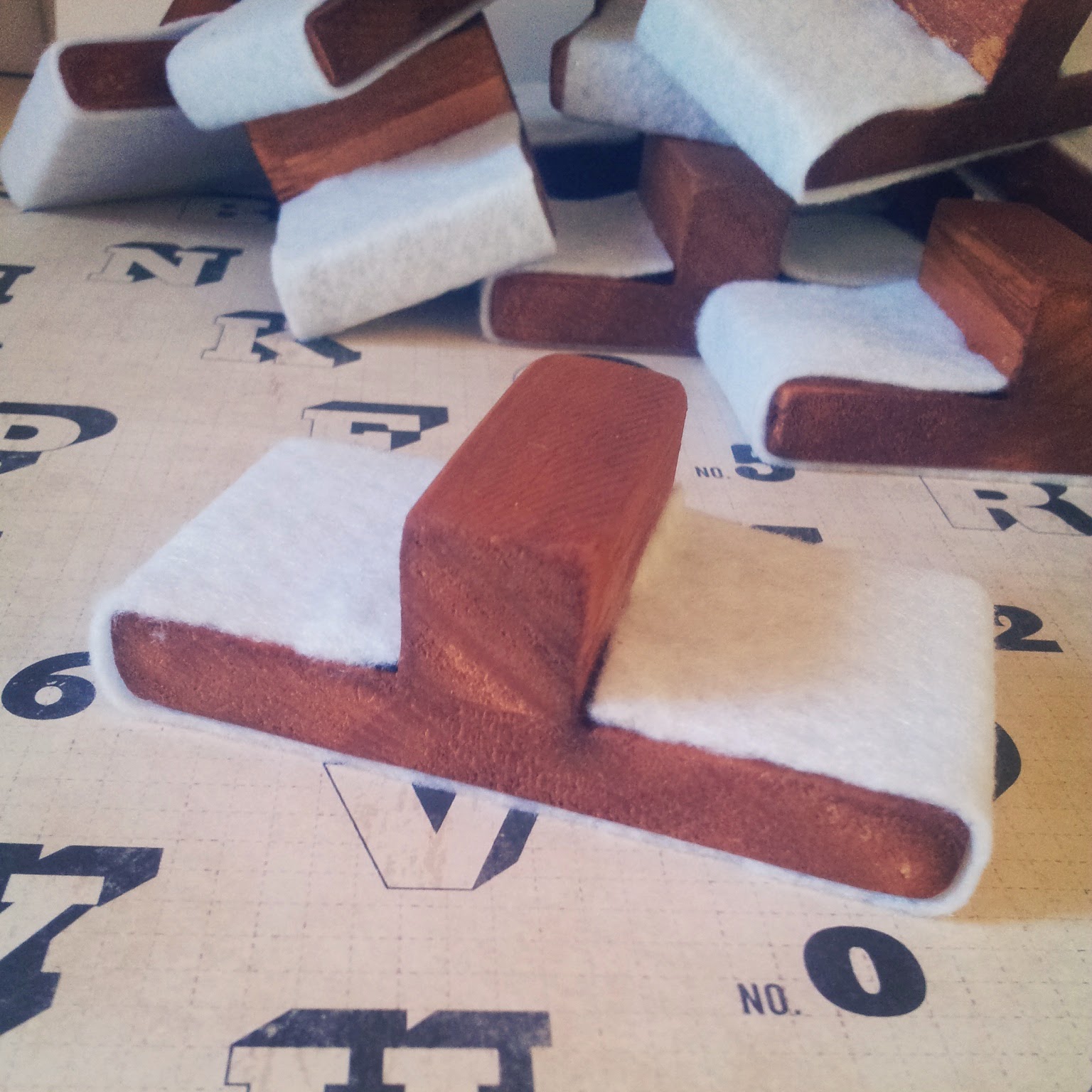 I used Kevin's bench press to cut them into smaller segments and then stained them with wood varnish. I originally tried to use a saw and failed miserably. Power tools, people! They rock. I used stick on velcro dots cut in half to attach lengths of felt on and around each segment. They were a little time consuming, but once I had a little production line going it wasn't too bad. 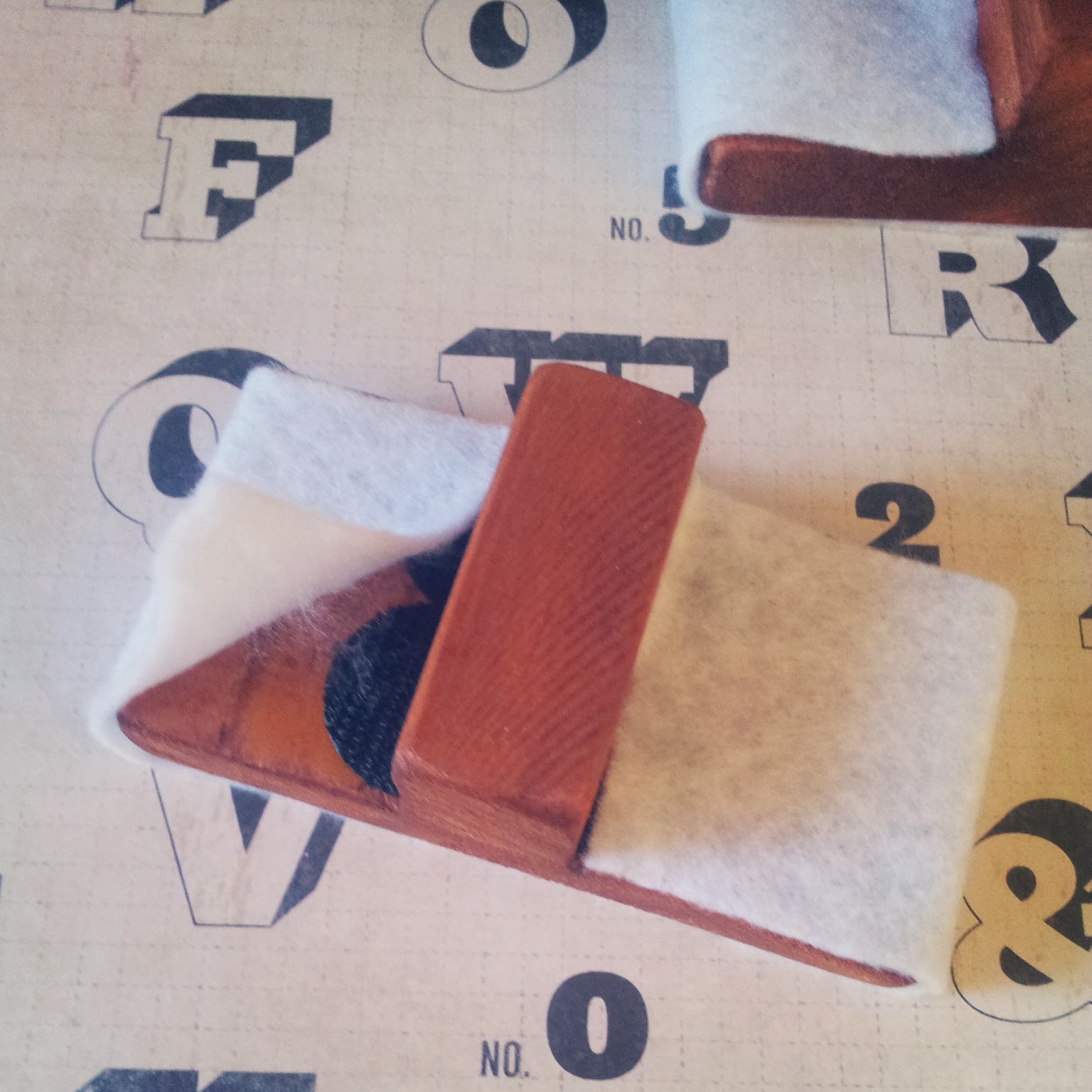 My next post won't be until next year ... which starts in one day! OMG! It's time to start thinking about a whole 'nother years worth of crafts to create ... but, until then, Happy New Year and thanks for sticking with this little blog of mine for another 12 months. I hope we can do it all again next year!

Catch you on the flip side!

Oh, these all look wonderful! Homemade gifts are the best ♥
Amy xx

Great collection of gifts! The Piranha Plant is so awesome!

Thanks everyone! I really like how the Piranha Plant turned out, so more needle felting is definitely on the list for 2015! ^___^

That Piranha plant is soooo cool! It looks really amazing, you did a great job with it! ❤

Your piranha plant is amazing!!! I need to start needle felting. I have an entire cubby with supplies and kits and I never seem to get around to making them! Soon!!!

Thanks Kate! I have *so many* craft kits too (mostly the type that come with magazines). One day the perfect occasion will come along for us to craft some of them up! ^___^