Hello! How are you? I've been a bit rubish the last couple of days because I read a magazine article which advised that one should have a blog which is, above all things, original. Which, of course, sent me off into a ridiculous tail-spin of existentialism because I am a very silly human being. Sometimes I think that being into craft is kind of dreadful because one simultaneously wants to make all of the wonderful things other people are making but also wants to contribute in a way that isn't just "I made the same as this person!". But, then again, if I go more than two days without making something, the existential thing happens again and it really is just a vicious cycle! So I'm sharing with you some of the things I've done lately, even though I feel that they are highly unoriginal, and hopefully next week I'll think of something slightly less so to post. 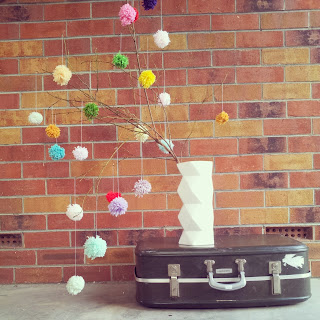 Scott and I have decided to forgo the traditional fake plastic Christmas tree this year, which is probably just as well because we brought it from K-Mart for $5 and I'm really wondering how it's managed to *not* fall apart on us these last seven years. So, now we have a pom-pom tree (which is going to stay up all year round, methinks) which cost us a whopping $0.00, since it is made from wool I inherited from my Nana and a branch from our backyard, and it looks a million times better than the plastic tree. 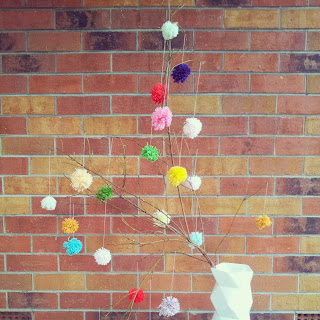 Plus now I have a reason to justify buying the geometric vase that holds the pom-pom tree. Other than, "it was on sale and calling my name" ~__^ 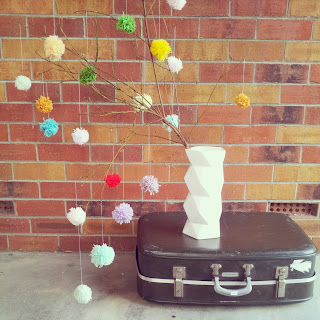 Also featured in these photos is the six dollar suitcase that I found at an opshop notorious for overpricing suitcases. Normally they try to sell them for $50 a pop, so I was extremely pleased with my find ^__^ 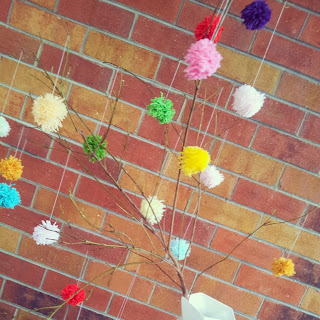 Next up, I made a sweet little felt cactus inspired by this one from Bugs and Fishes, which I will be wearing as a brooch. One can never have enough novelty brooches! ^__^ 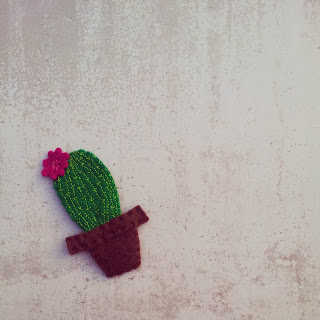 I *may* have gotten a little carried away with all the tiny stitching, but I do like the end result. 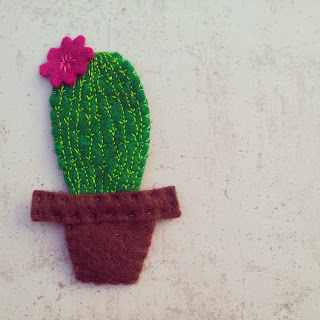 I also made some brooches from shrinky-dink (still one of my favourite crafting supplies), using some embroidery (and other) patterns as inspiration. 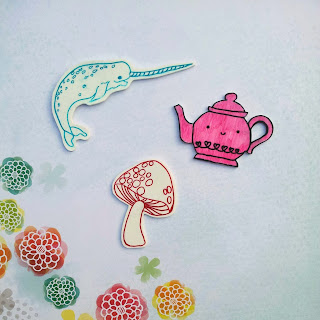 I think this little pumpkin head girl is my favourite ^__^ 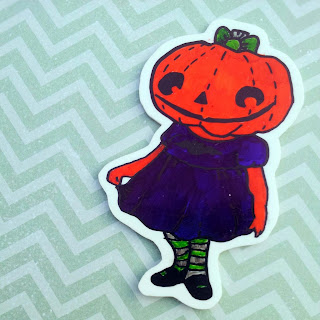 And I'm still going on granny squares for Scott's blanket. I believe I originally told him he'd have it for our second wedding anniversary, but I've revised that to our fifth which leaves me a year and two months to crochet 383 squares. 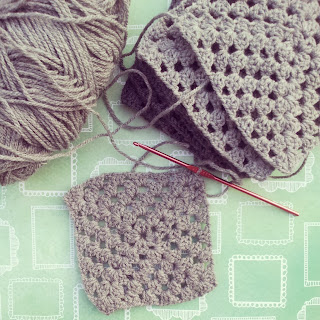 Hmmm, on second third thoughts, maybe he'll get it by our tenth anniversary. Maybe. ~__^ 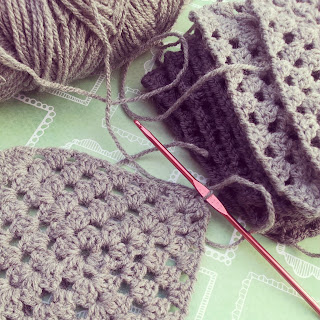 Now, I'm off to try and create something original. Which means, of course, that I must first invent the universe. I'll let you know how it goes ~__^

Thanks Alexandria! I think narwhales are seriously underrated! ^__^

Love the cactus brooch! so cute!

Thanks! ^___^ All that tiny stitching was worth it in the end!

Where did you get the geometric vase?! It is now calling my name too.

I got it from Spotlight, and it's a by a weird brand called "life with" which makes it impossible to google search! D'oh!