Hello! How are you?
I am going to tell you a *fact*! Australian school-children do not give out Valentines. We do know that Americans give Valentines much more indiscriminately (about 90% of our TV shows come from there, after all) but we save our Valentine's for romantic partners, mostly. However, for me, this is about to change! This year I'm participating in a Twitter-based Valentine swap with some very lovely and very friendly American peoples! I am actually rather excited about this, as I have the chance to make puns. I *love* puns! ~___^ 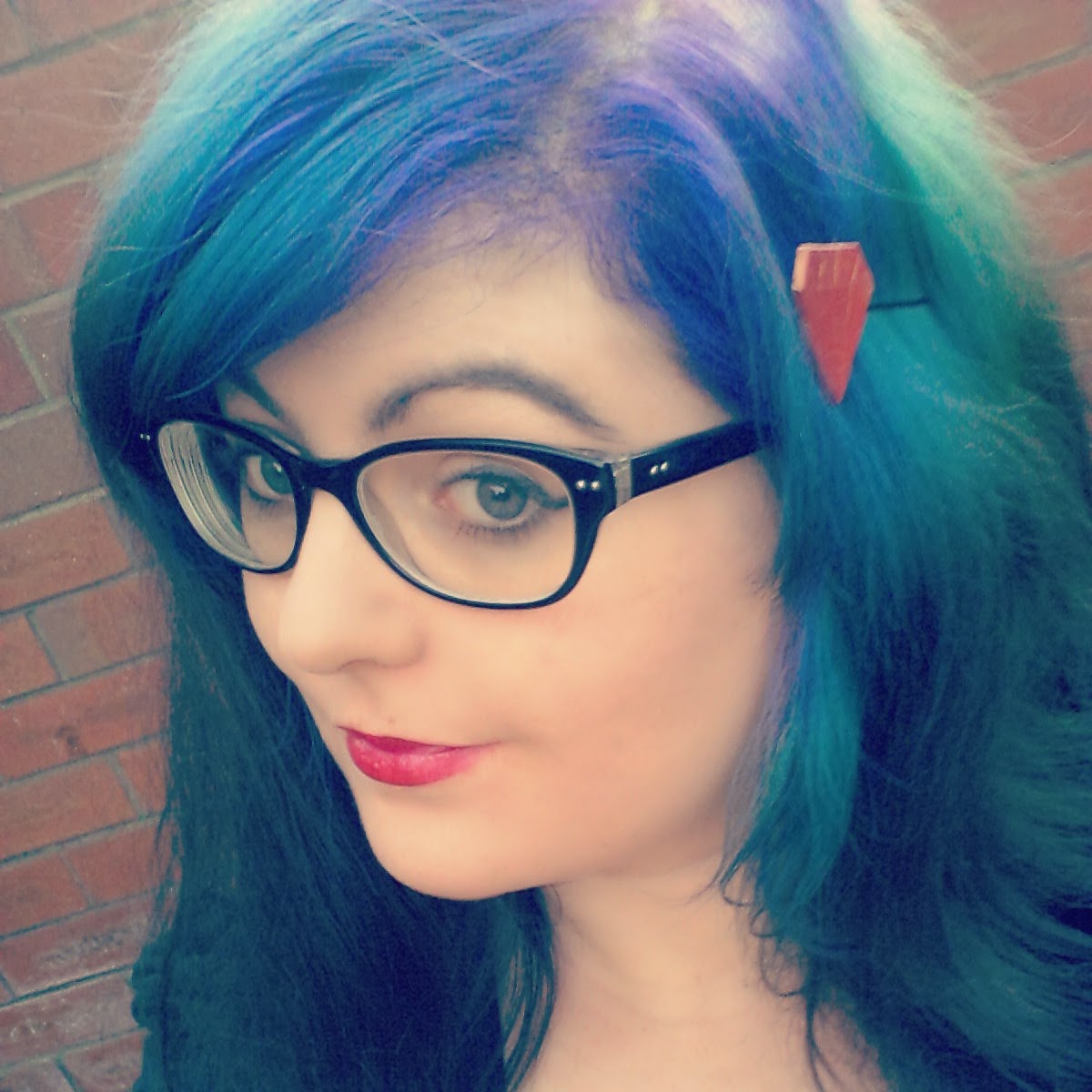 Since the point of this American-style exchange is to make multiple cards, I wanted to make something fairly simple. I think I succeeded! I used super sculpey to make these teeny little gems hair clips; to make the gems themselves, I cut a rolled piece of sculpey using a razor blade and used the same blade to score lines on them to give them a more gem-y look. ^___^ 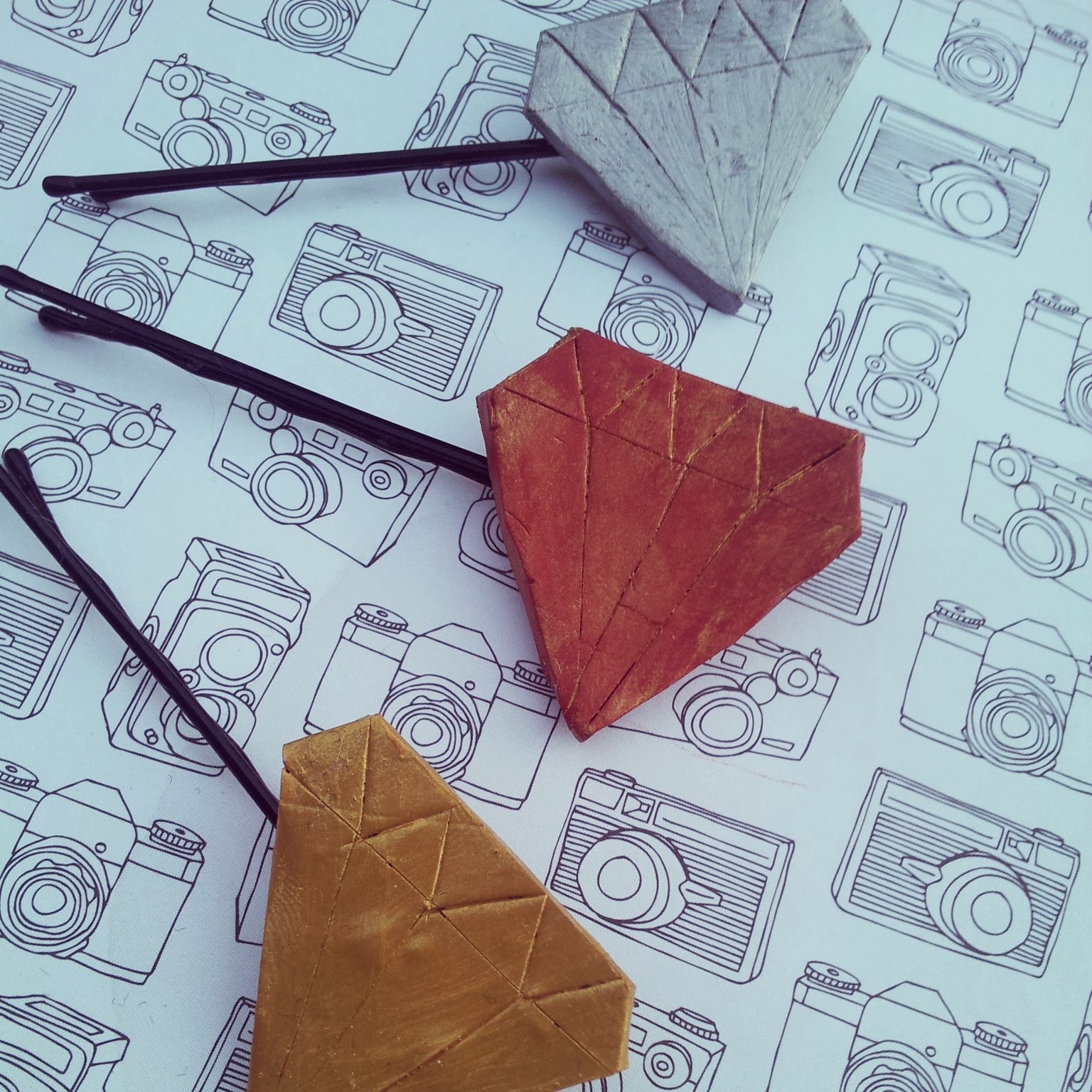 The internet helpfully suggested that the paints sold by Games Workshop for painting Warhammer models would be perfect for painting super sculpey; I was very pleased with this as Scott has quite a good collection of GW paints! (Plus, you know, armies of orcs and imperial guards and such things) ~___^ 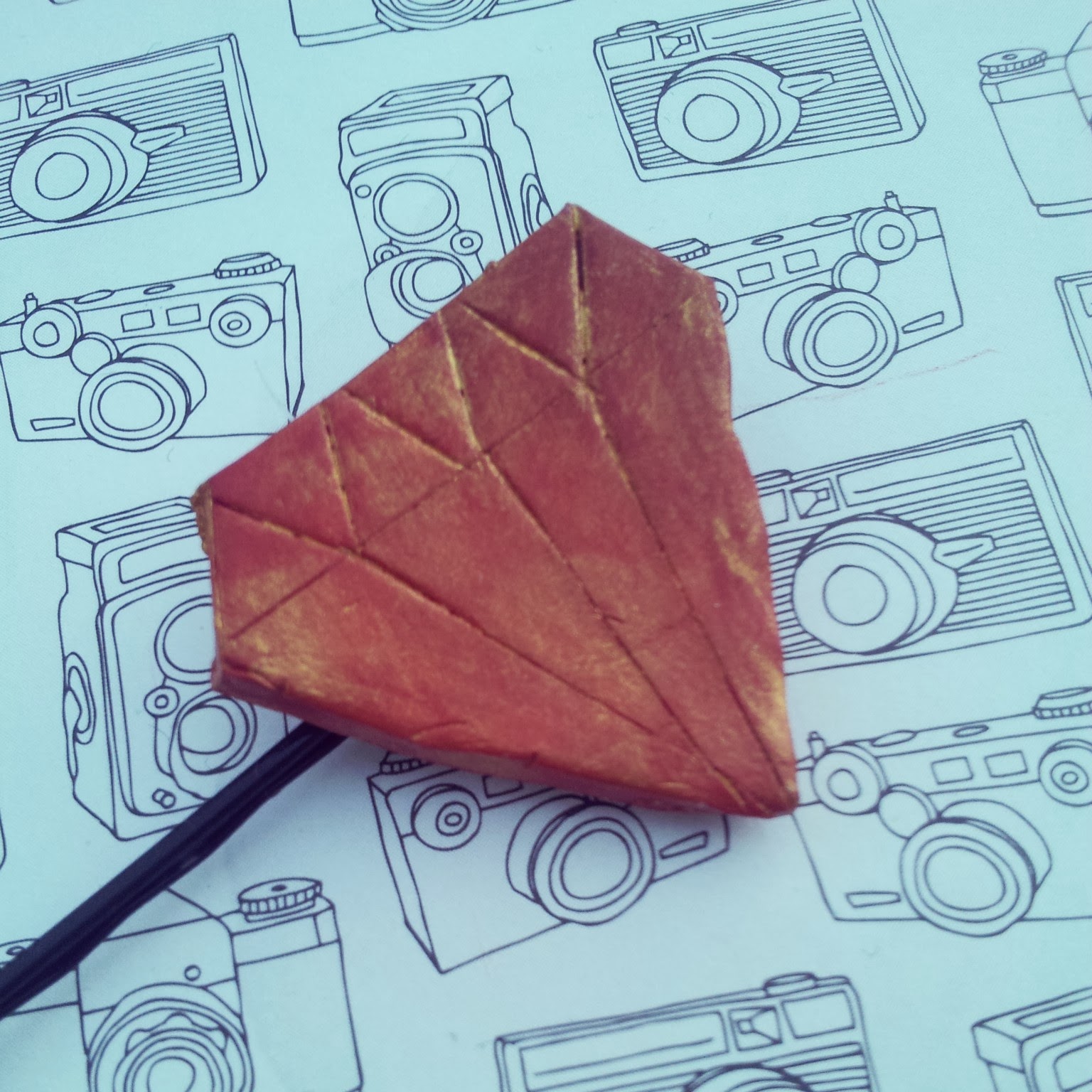 For the ruby gems, I painted them with foundation red and then dry-brushed a gold layer over the top. It gives the gem so much more dimension!
The silver and gold gems also use both foundation and layer paints, but it's much less obvious because the contrast isn't so intense. They do shimmer quite prettily in the sun though ^___^ 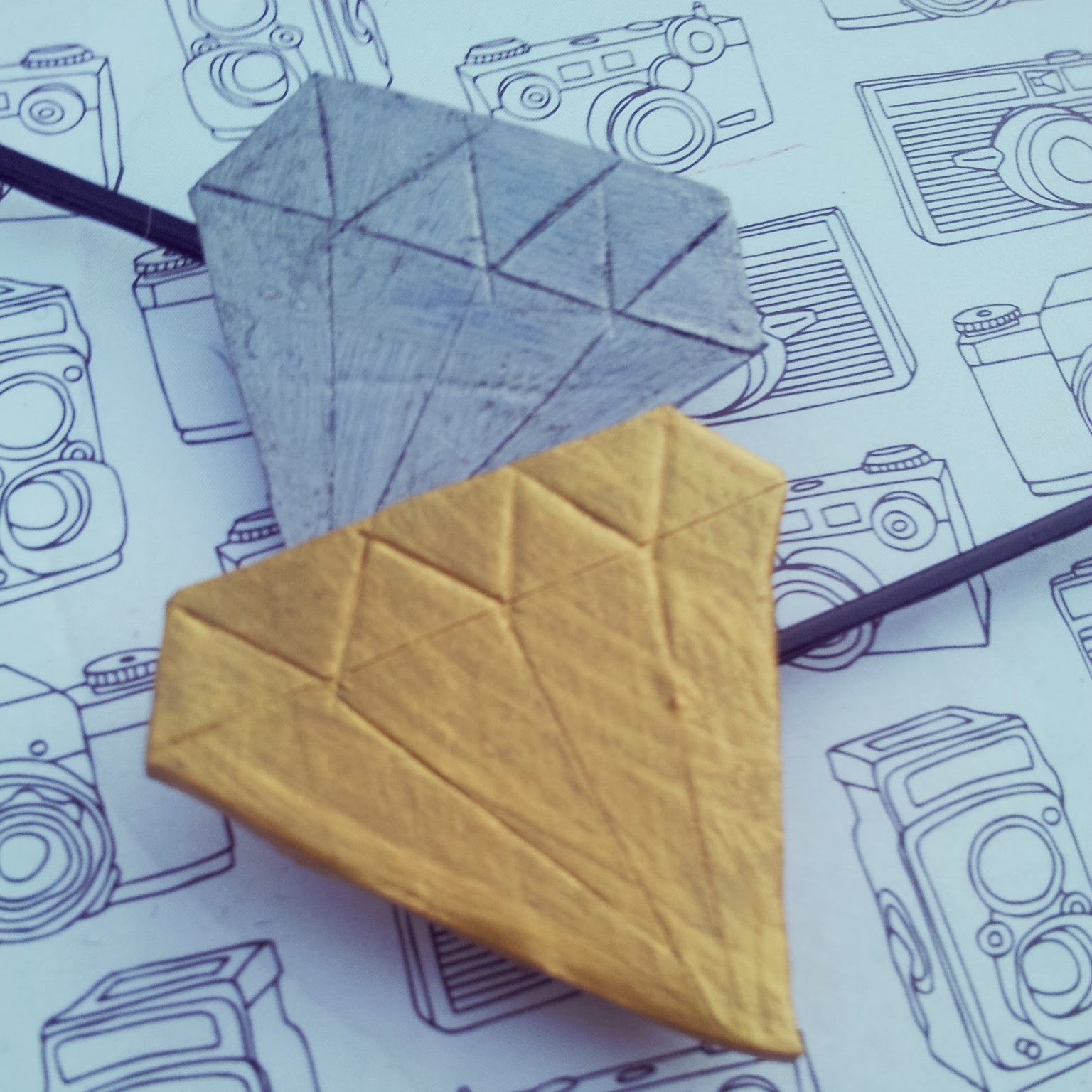 To finish attach the gems and pins together, I threaded small pieces of felt through the bobby pins and then attached them to the gems with hot glue. 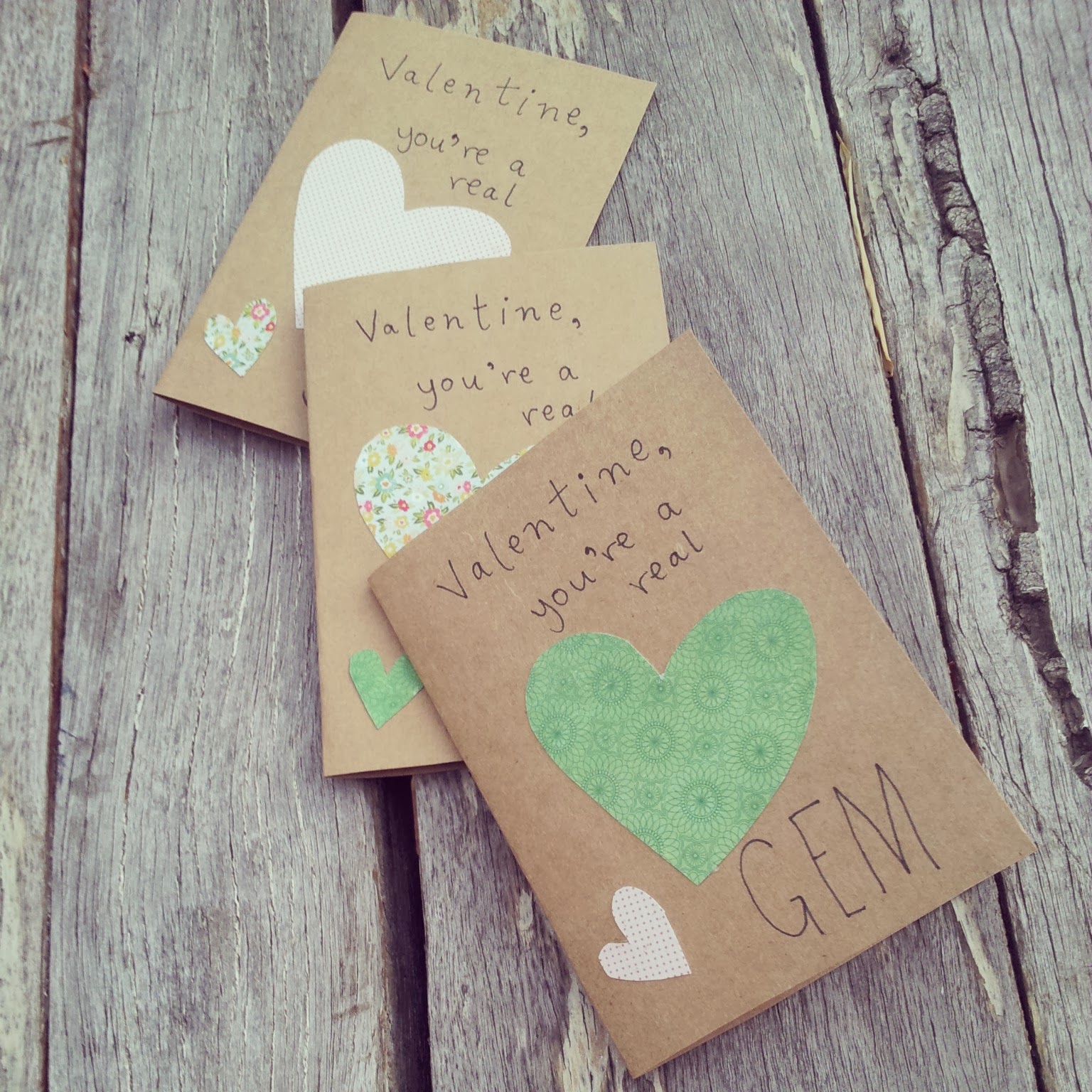 And then, of course I needed cards as well! I used kraft paper to make the card itself, then decorated with scrap-booking paper hearts and my best handwriting ~___^ 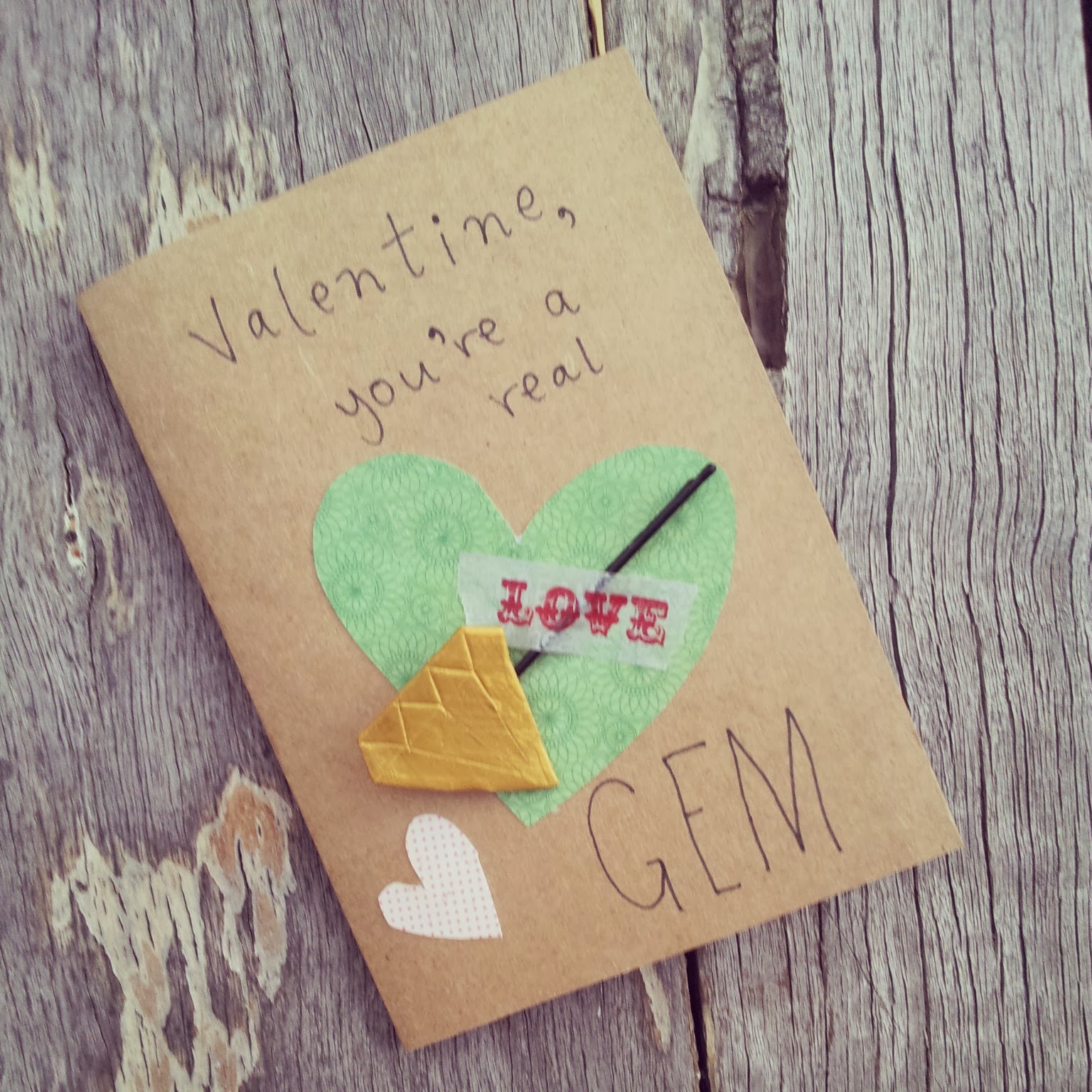 The pun makes more sense when the gem clip is attached! I used this silver and red washi tape which is absolutely perfect for Valentine's Day ^____^ 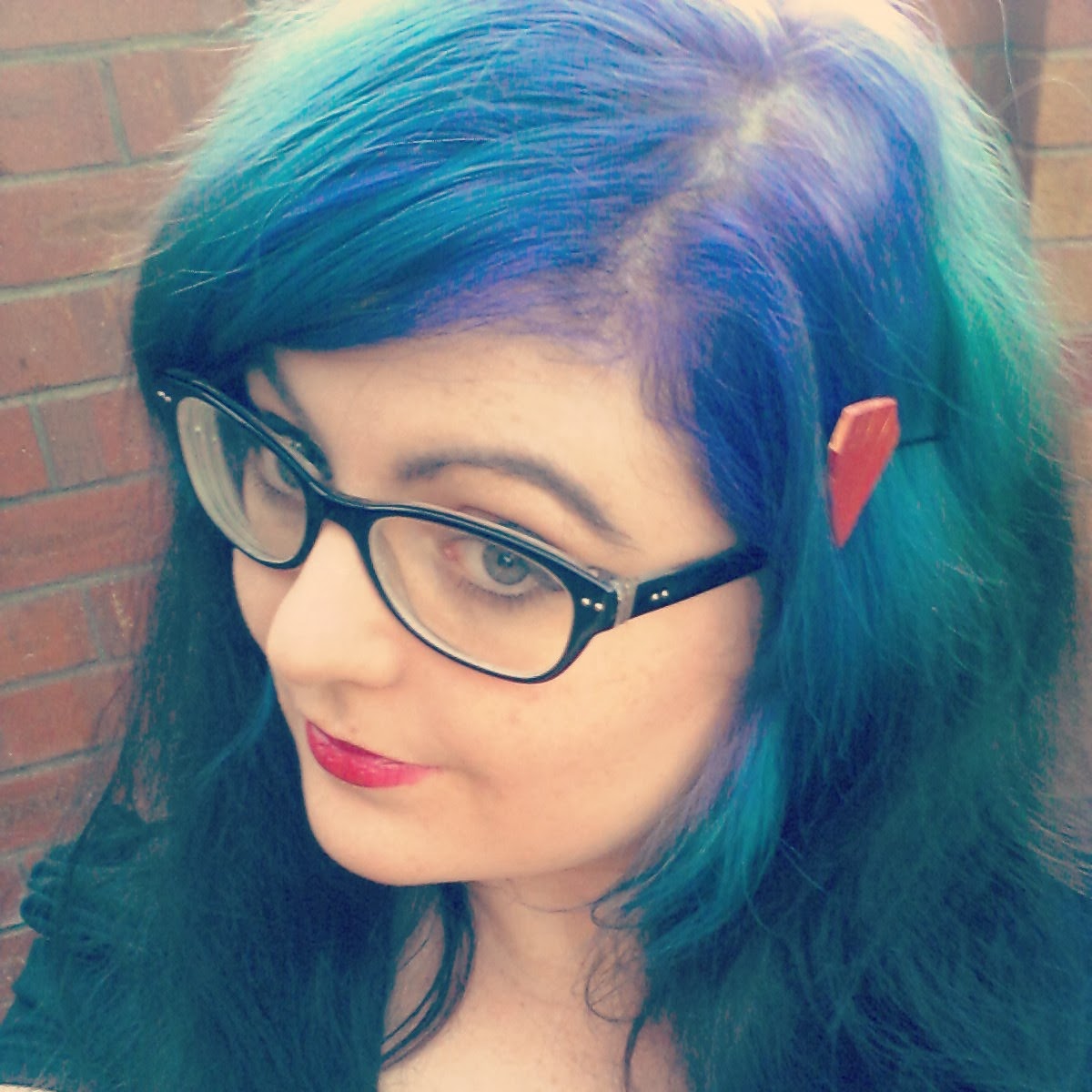 And that's that! Hopefully I have managed to create an acceptable "old-school elementary style Valentine"; but maybe some of my American readers can let me know what they think? It's going to take a long time for these babies to reach the US so I won't know what my Valentine's think of them for quite a while! ^___^

How did I miss this post?! They were amazing and fabulous, and you are officially an American Valentine-er. ;) That exchange was so fun, and I hope we can do some more for other holidays as well.

Thanks Teena! I agree, it was a really fun thing to do! Doing exchanges for other holidays would be super! ^___^