Hello! How are you? My friend Molly is a fantastic knitter and a lover of all things rainbow so, for her first child, I simply had to make something woolen and colourful! However, since my knitting skills could in no way measure up to hers, I decided to crochet instead ^___^ Molly suggested that I make a plushie, but I was so worried about making something for a baby that had parts that they could potentially swallow (what if they rip off an ear to eat???) that the Nyan Cat I made ended up being more pillow than plushie ~___^ Nonetheless, I think it turned out pretty cute and I hope baby Orin agrees! ^___^ 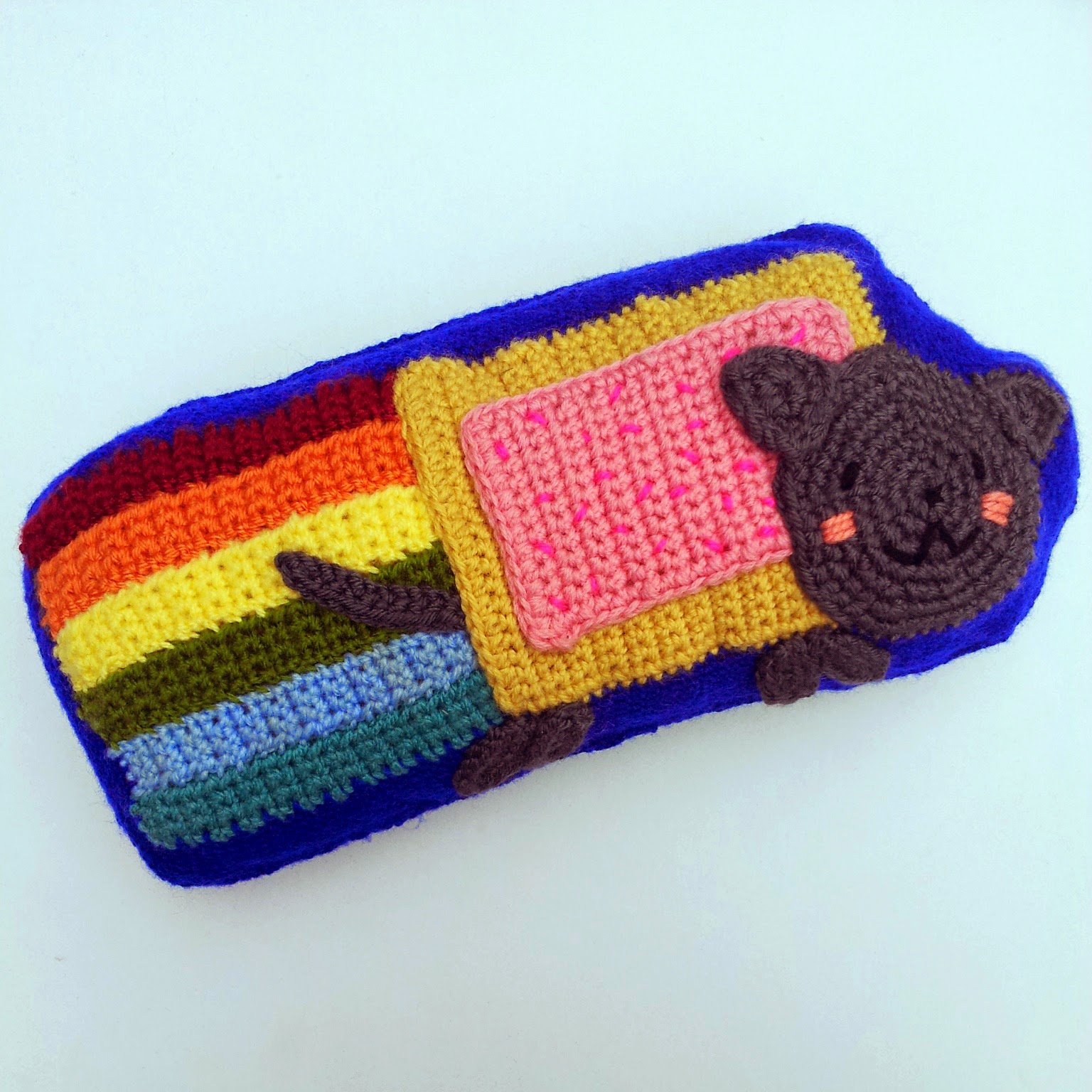 I started off by crocheting all the parts for Nyan Cat separately - and there were quite a few parts! However, since Nyan Cat can be easily broken down into simple shapes it was time consuming but not difficult. 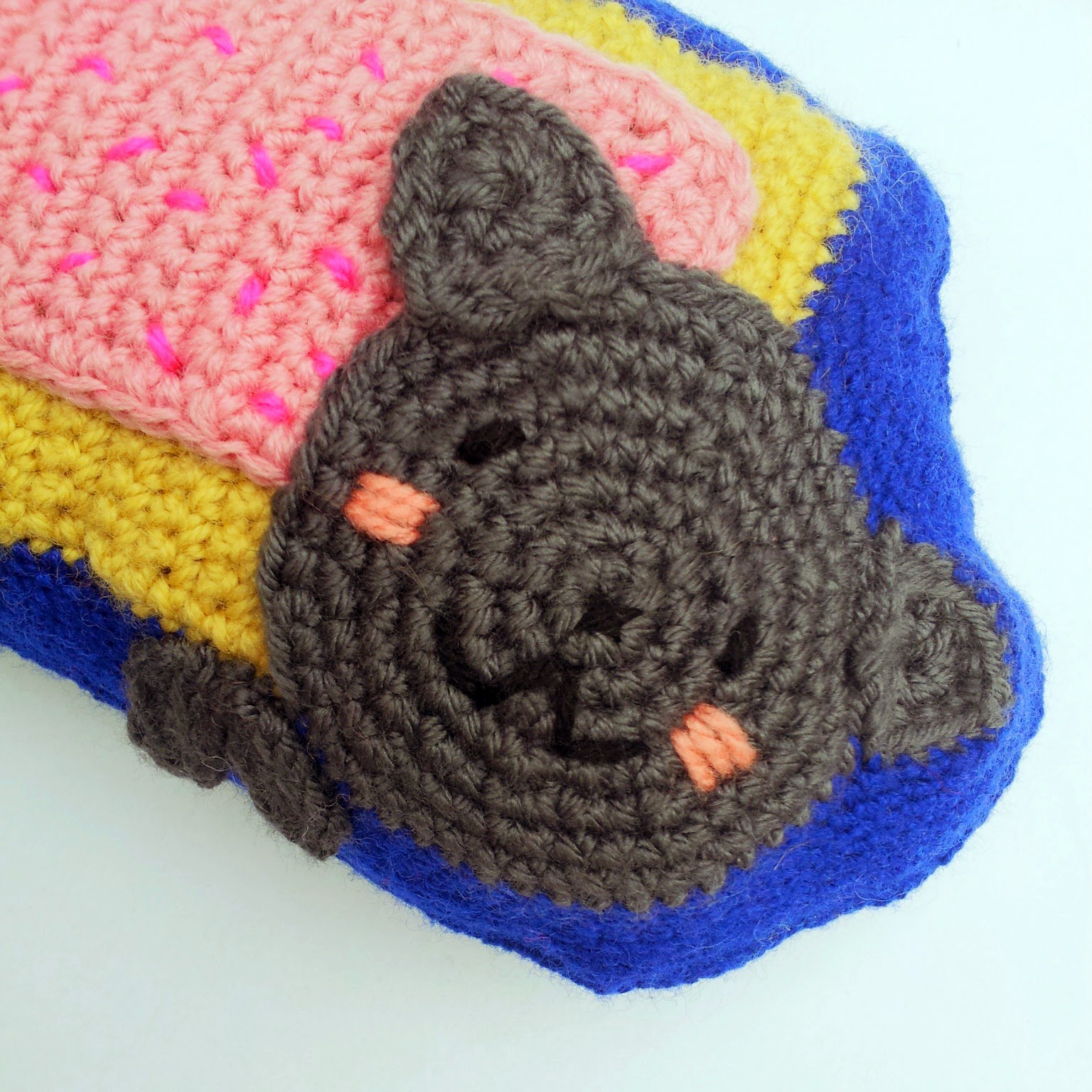 Nyan Cat's face was made from one circle and two small triangles. I embroidered the face details with straight stitches and some scraps of wool. I think my favourite part is the cute little blushing cheeks ^____^ 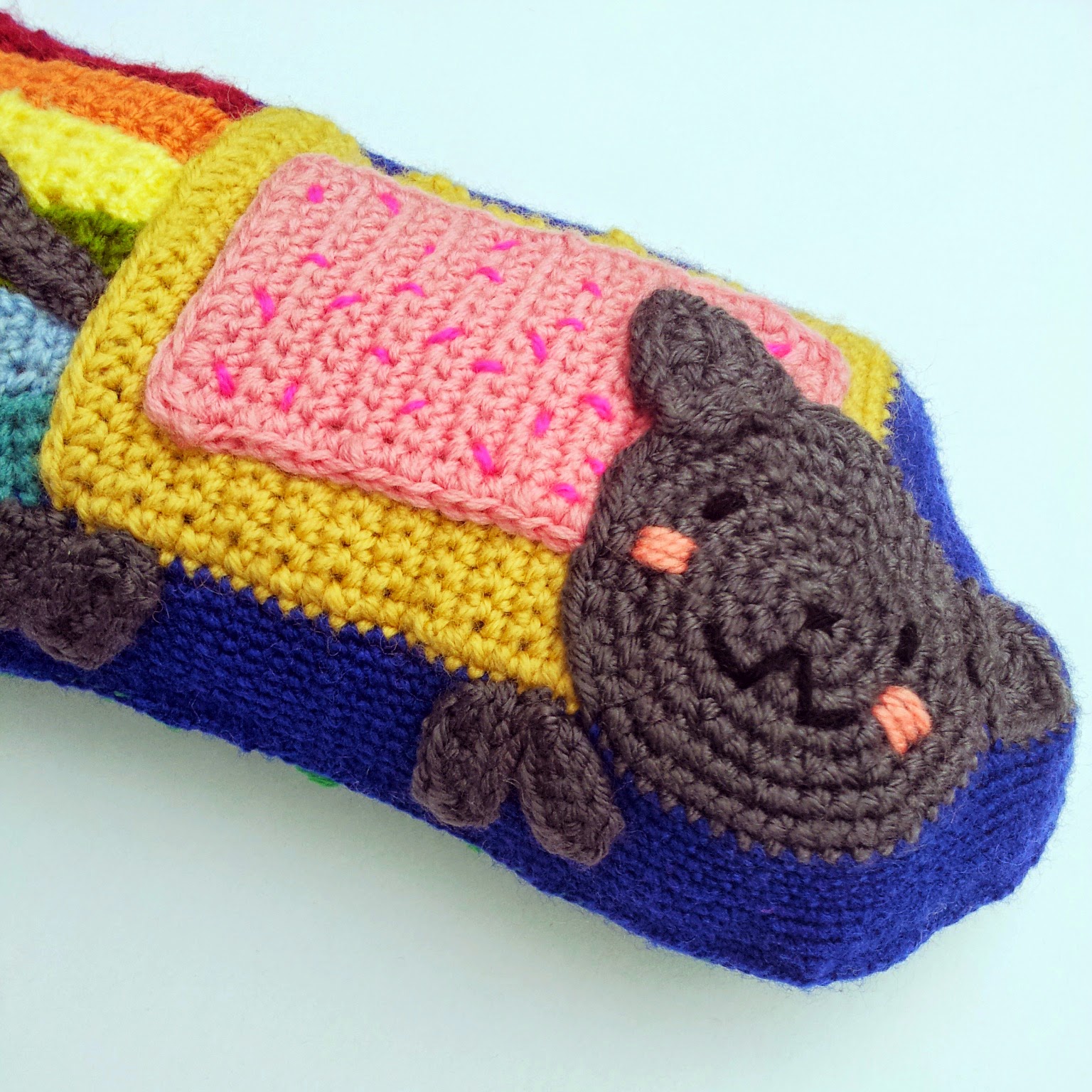 The pop-tart body is just made from two rectangles; I embroidered on some hot pink sprinkles to the icing section before sewing the two rectangles together. 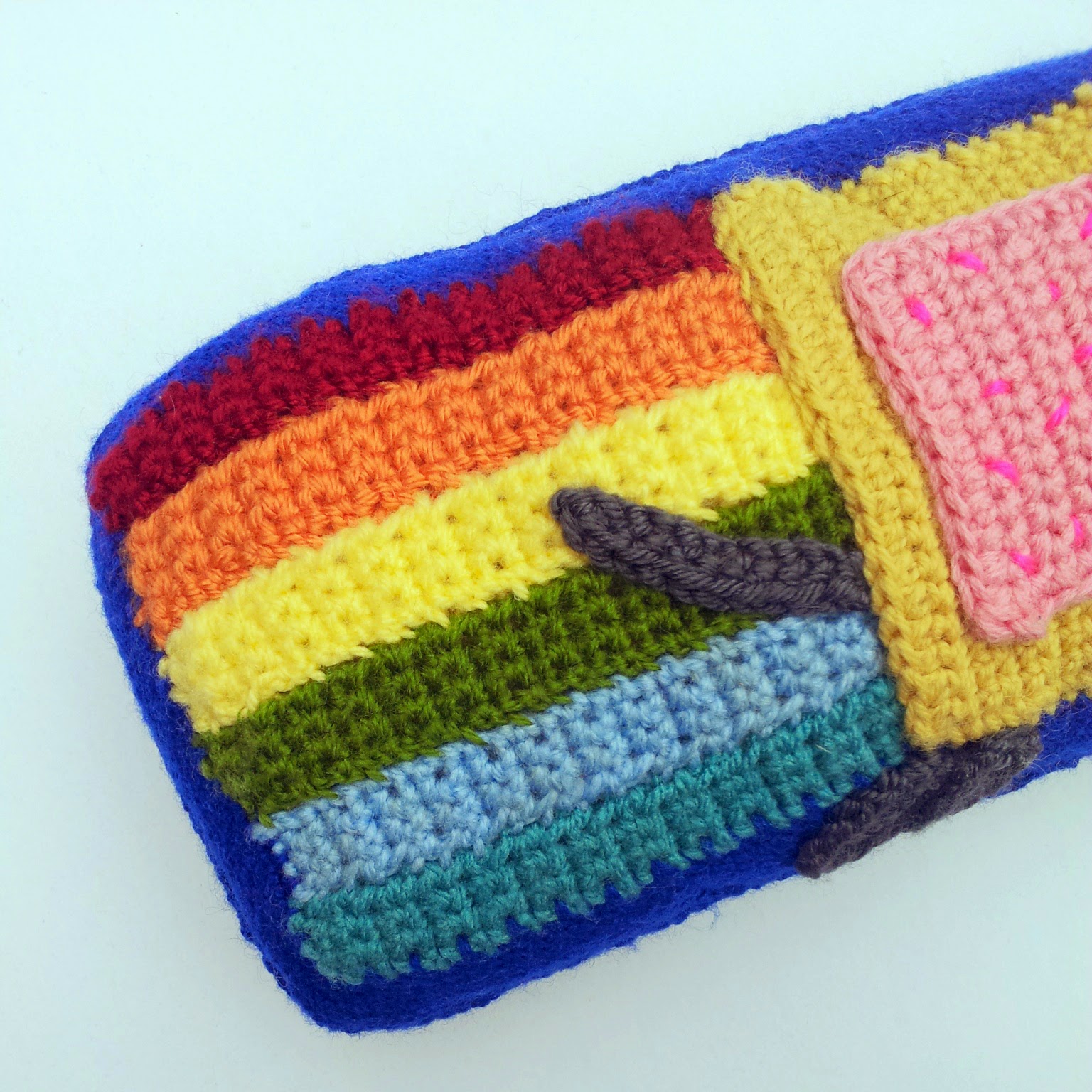 For the rainbow, I crocheted each colour in a separate rectangle and then sewed them together and then sewed the entire thing to the pop tart body. I crocheted the rainbow width ways so I could measure the stripes against each other to ensure they were all the same length. If (like me) you're using a mixture of yarns, this is a good way to do things because even yarns that have the same offical weight will sometimes work up differently. 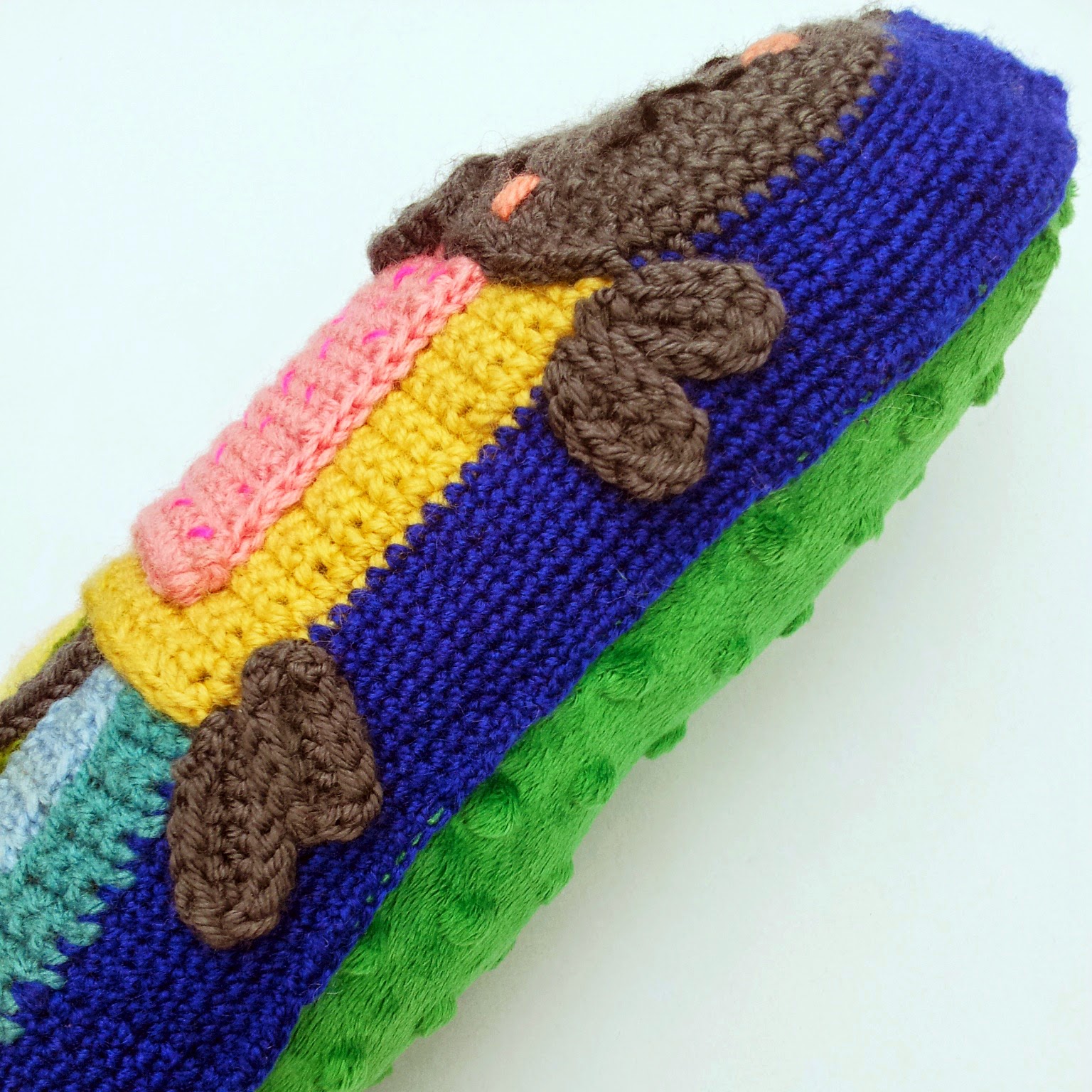 The feet and tail were made by crocheting a chain and then single stitching around the chain. This makes a more rounded rectangle than just crocheting in rows, which is perfect for little paws ^___^ 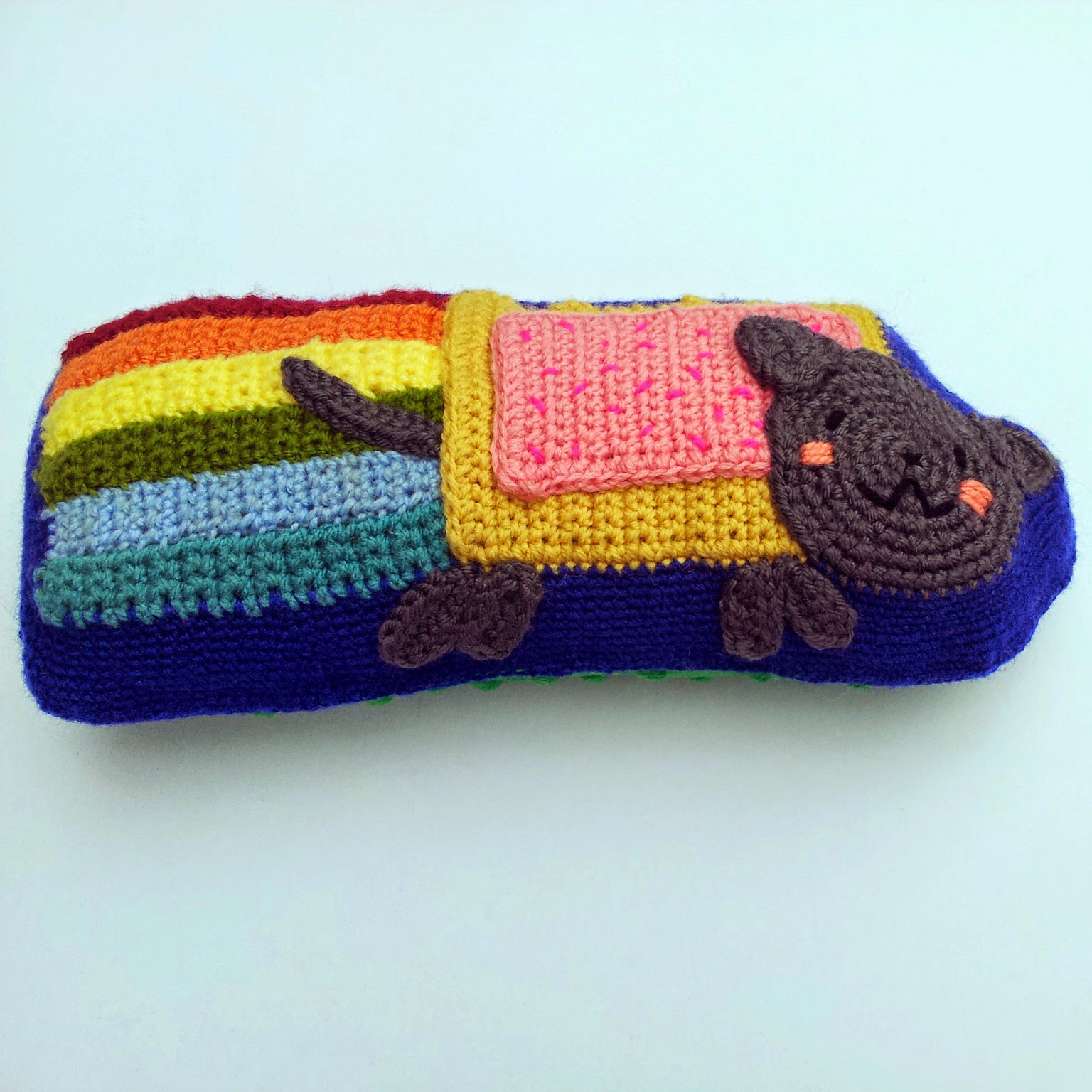 After I had crocheted all the body pieces, I sewed together the rainbow, body, tail, head and ears and then started crocheting around the entire shape. I chose dark blue because Nyan Cat should be flying through the sky ^___^ I was going to embroider some stars, but I thought it might make the design too busy so I ended up just leaving it plain. I crocheted around and around until I had enough sky to sew the feet to. 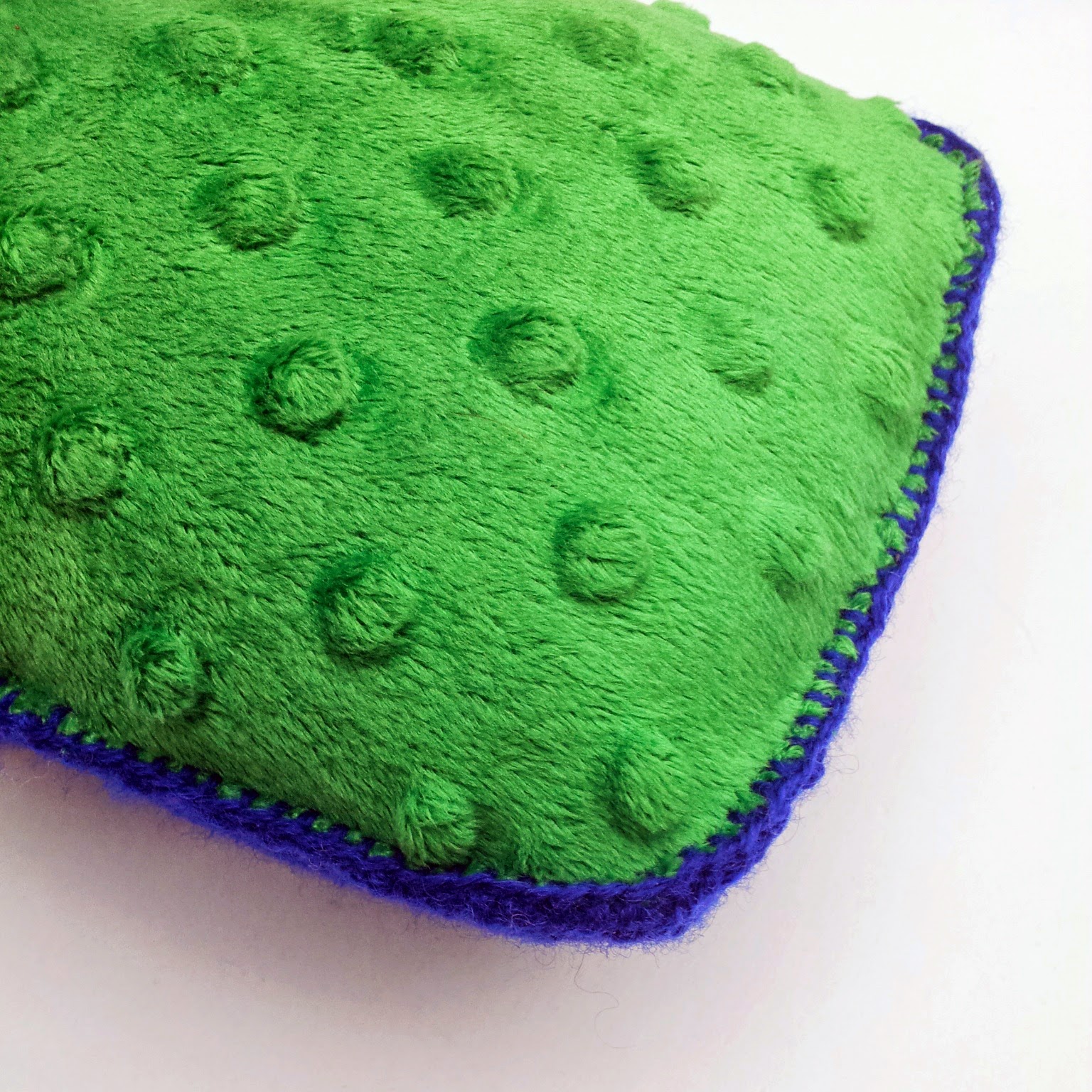 Since this project ended up a weird shape, I decided not to try to reproduce that shape in crochet for the back. Instead I used this glorious Minky Dot fleece; it's so soft and the little bumps are really sweet! I cut the fabric bigger than the Nyan Cat and then folded the fleece under itself before stitching the front and back together with a blanket stitch. This prevents ugly looking edges and is a good way to ensure the fleece isn't going to fray. 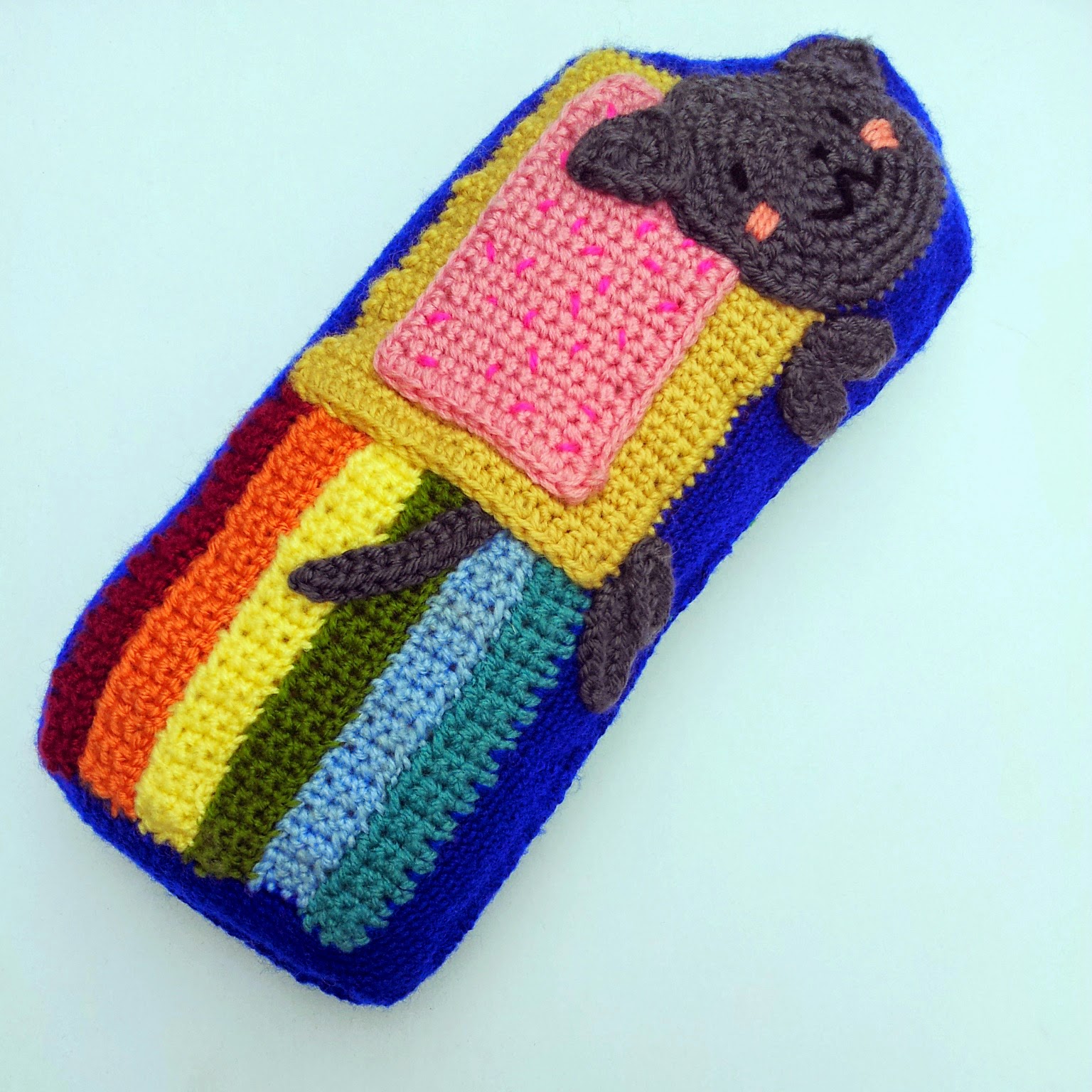 I haven't seen Molly yet, but I don't think she reads my blog so this gift should still be a surprise! I've only got two weeks of uni left and then I will have time to actually visit people which will be amazing!

crocheting things with lots of parts drives me crazy. I really like the end result but the process is horrible!