A pillbox hat for a night at the theatre


Hello! Do you like dressing up? I do! I love to wear costumes and pretty dresses but sometimes it just feels like there aren't enough reasons to really get out the glad rags, you know? So I really try to seize any opportunity to overdress! ~___^ Rebecca and I decided to go and see A Murder Is Announced last week and since it's a stage show, and set in the '50s, we went all out! ^___^ 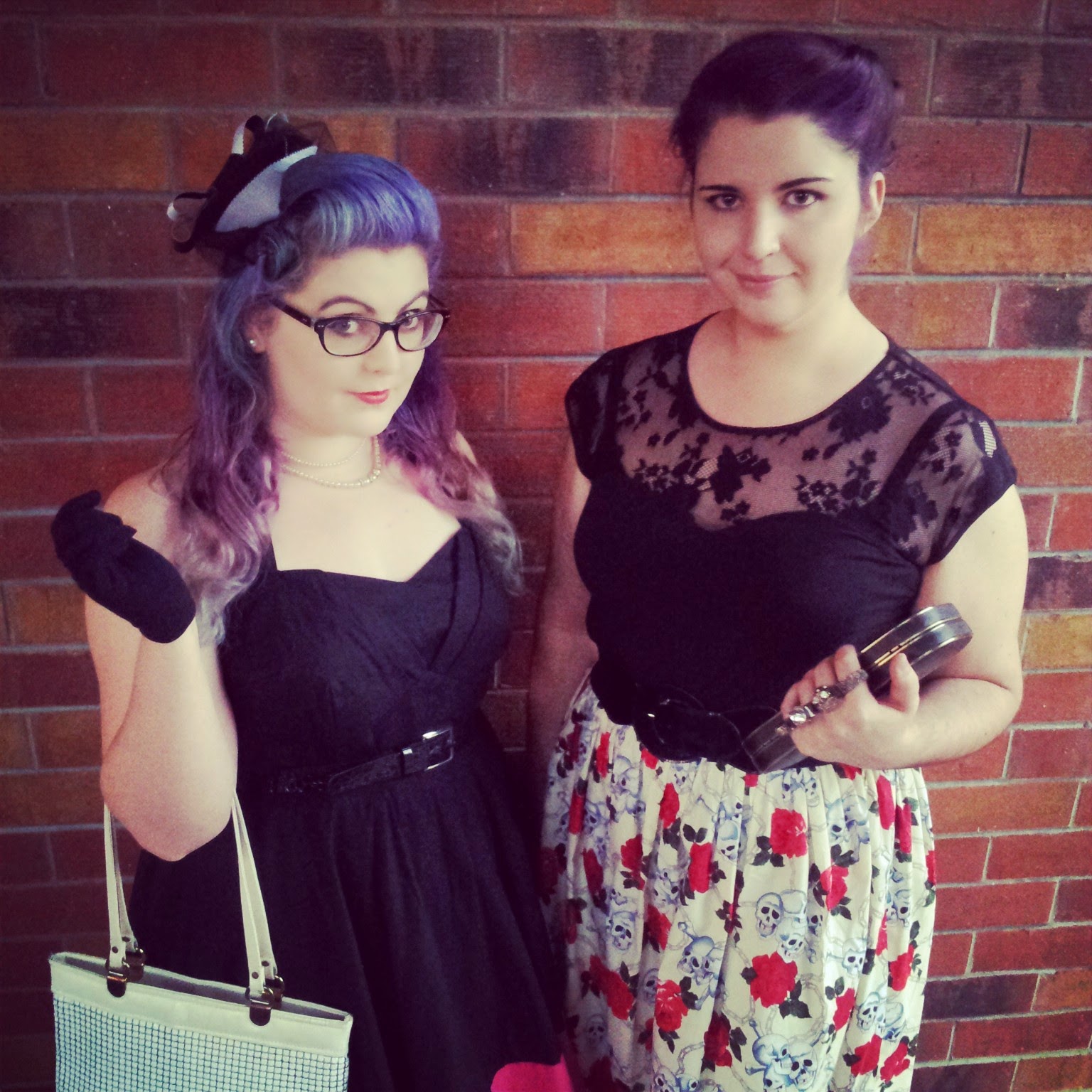 I wore a gorgeous halter-neck dress with a sweetheart neckline and the most fluffy skirt ever - which I promptly made even fluffier by adding my petticoat underneath. There is no such thing as a skirt that is too fluffy. We had decided we wanted to look like '50s ladies, so I added a set of vintage pearls, a vintage handbag, and a handmade pillbox hat and gloves. I also had a lot of fun trying out victory rolls! Rebecca did credit to the motto of "make do and mend" by making her skirt, and thrifting her top and clutch purse. I wish I had a better photo of her hairstyle too! She did a great job working her shorter hairstyle into victory rolls and twists ^___^ Since it was an evening show, Rebecca also wore a gorgeous vintage fur stole while I favoured vintage black velvet. 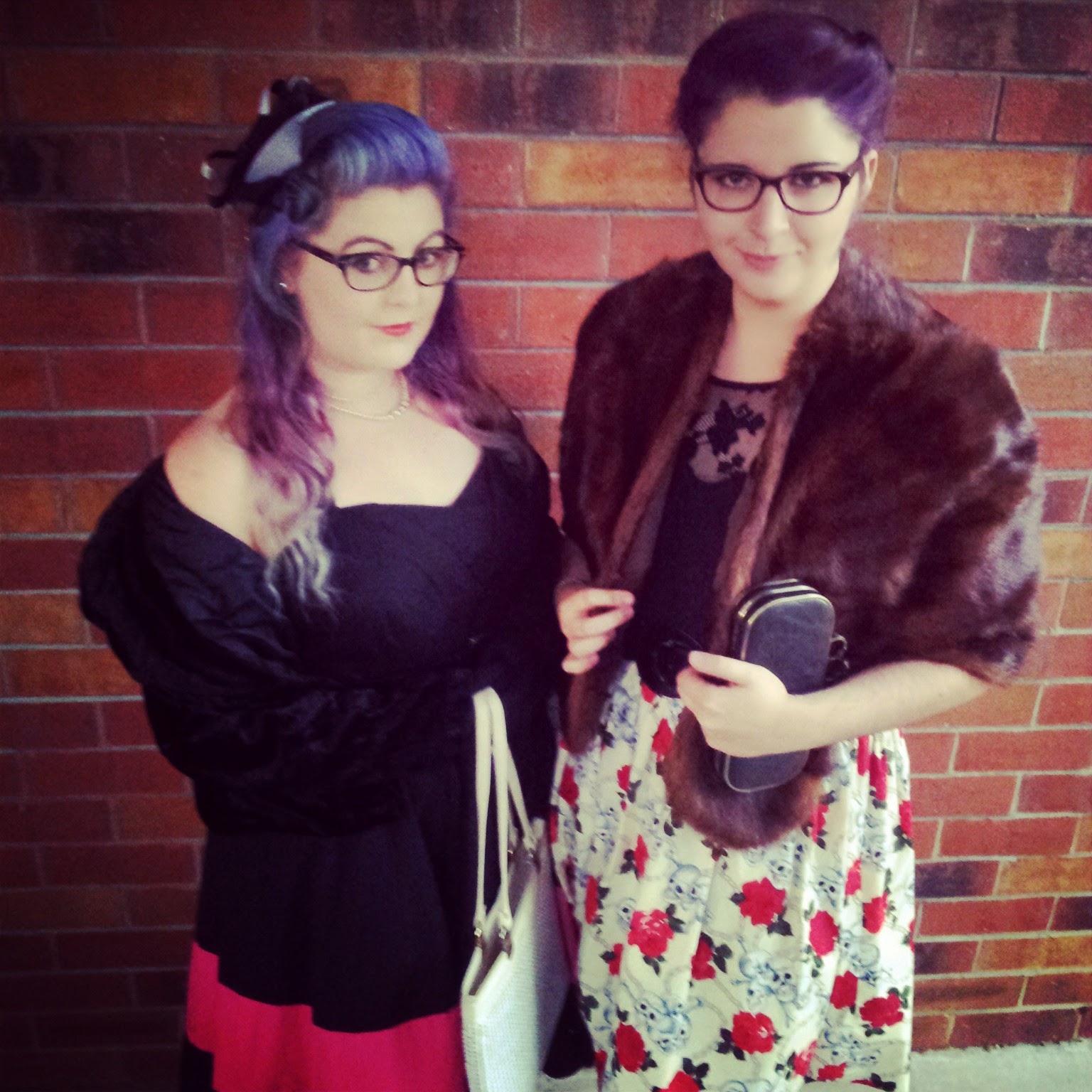 My pillbox hat was a lot easier to make than I thought it would be and really adds that little something something to the outfit, but unfortunately I didn't take any photos while I was making it! I did take some additional photos in better lighting though, as it is a little hard to see the full hat in the outfit photos above. 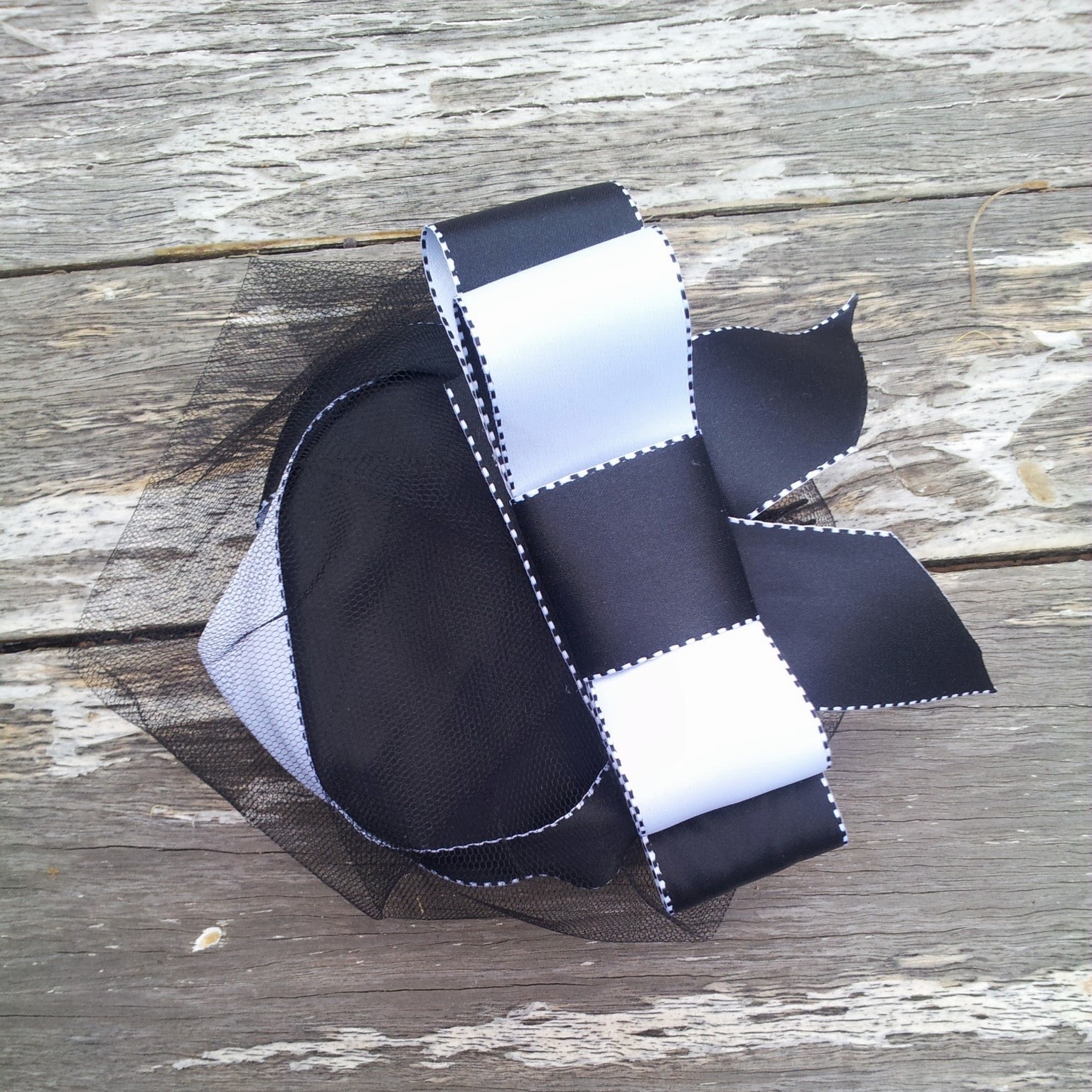 I made it from the lid from a plastic container, black satin, a big black and white ribbon (it's reversable), some black tulle, and a lot of hot glue! 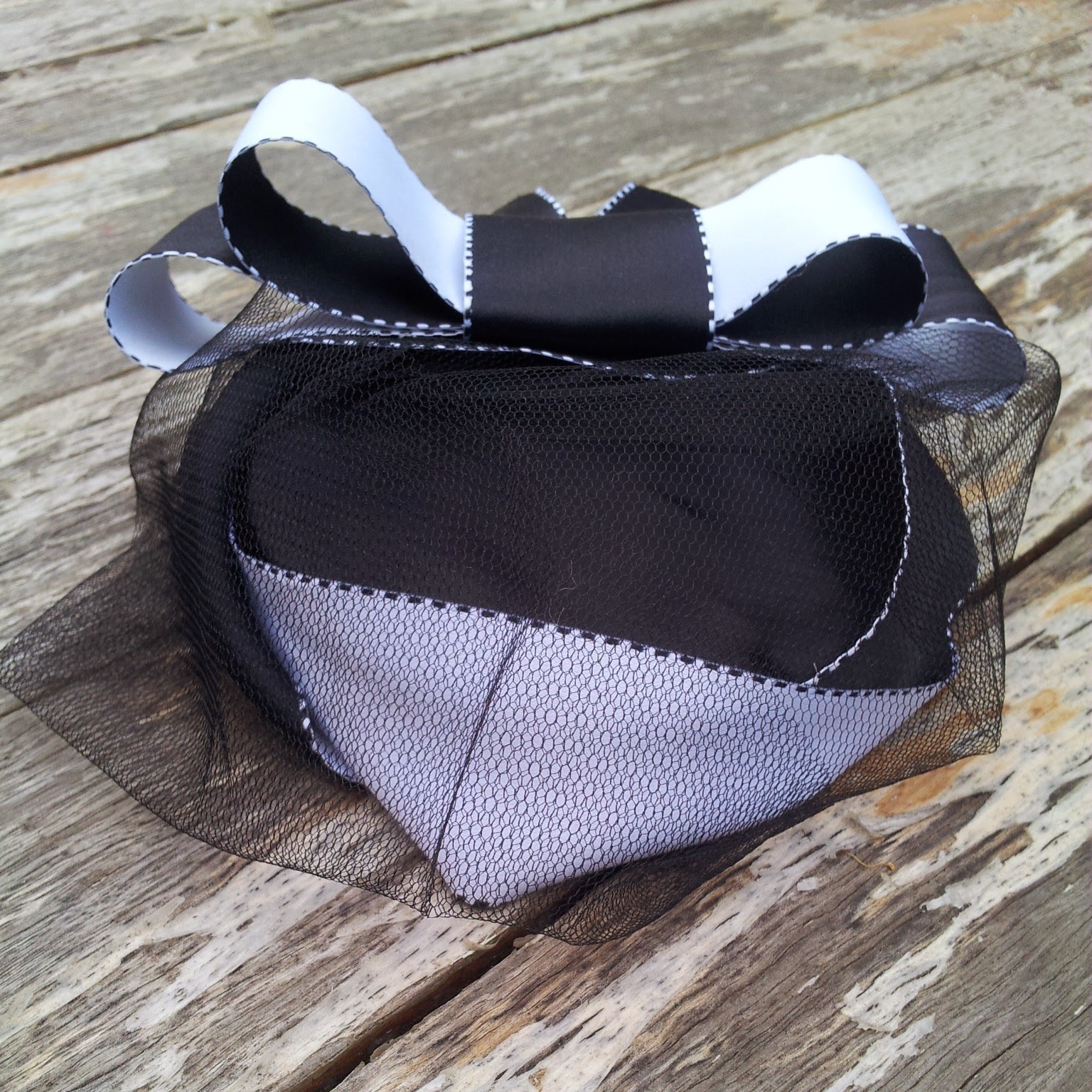 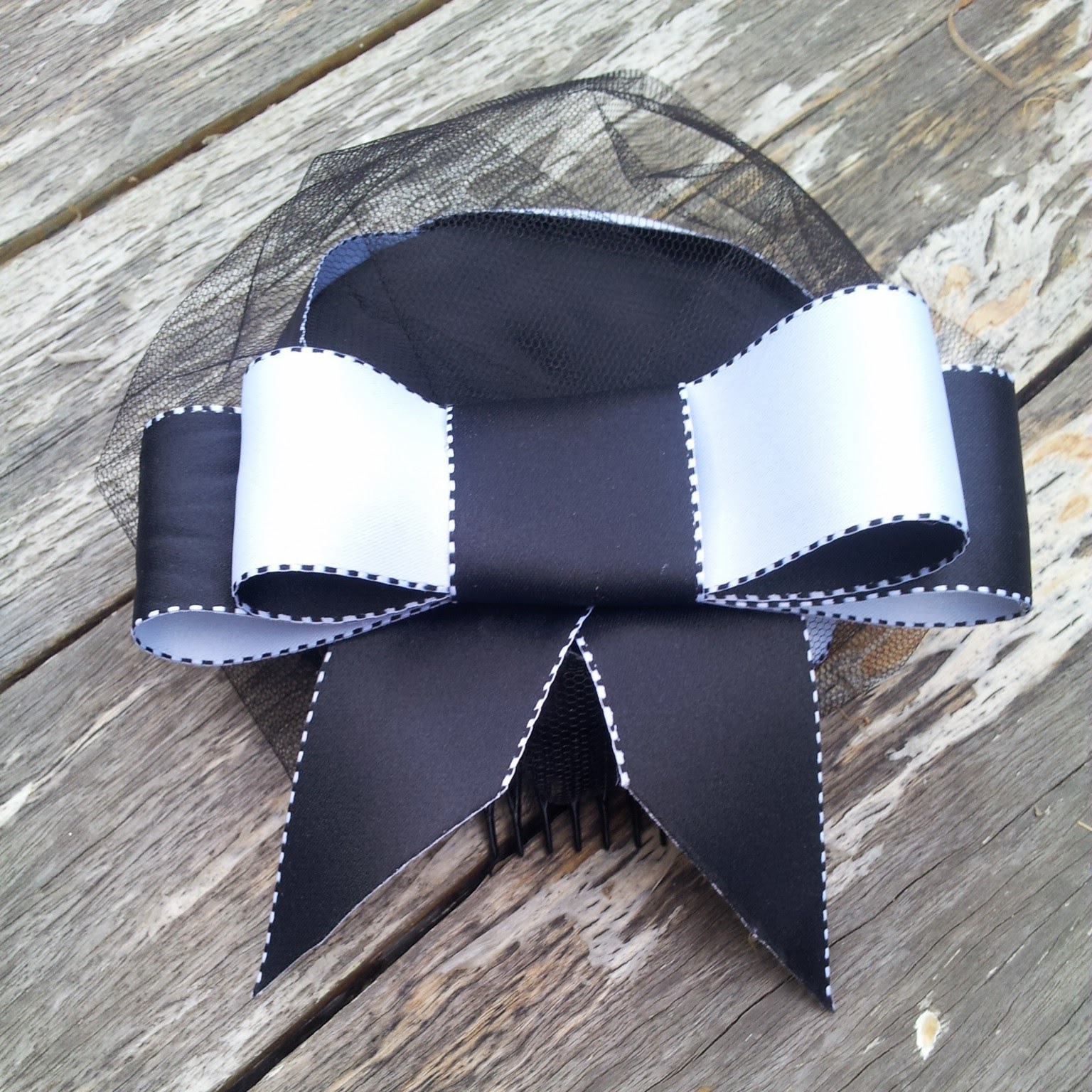 The inside isn't very pretty looking,but it gives you more of an idea of what's going on under there ~___^ The hair comb I used doesn't secure the hat to my head perfectly, but it does add stability while I add in bobby pins and means that I don't need to hold it on my head while I'm fastening it on. 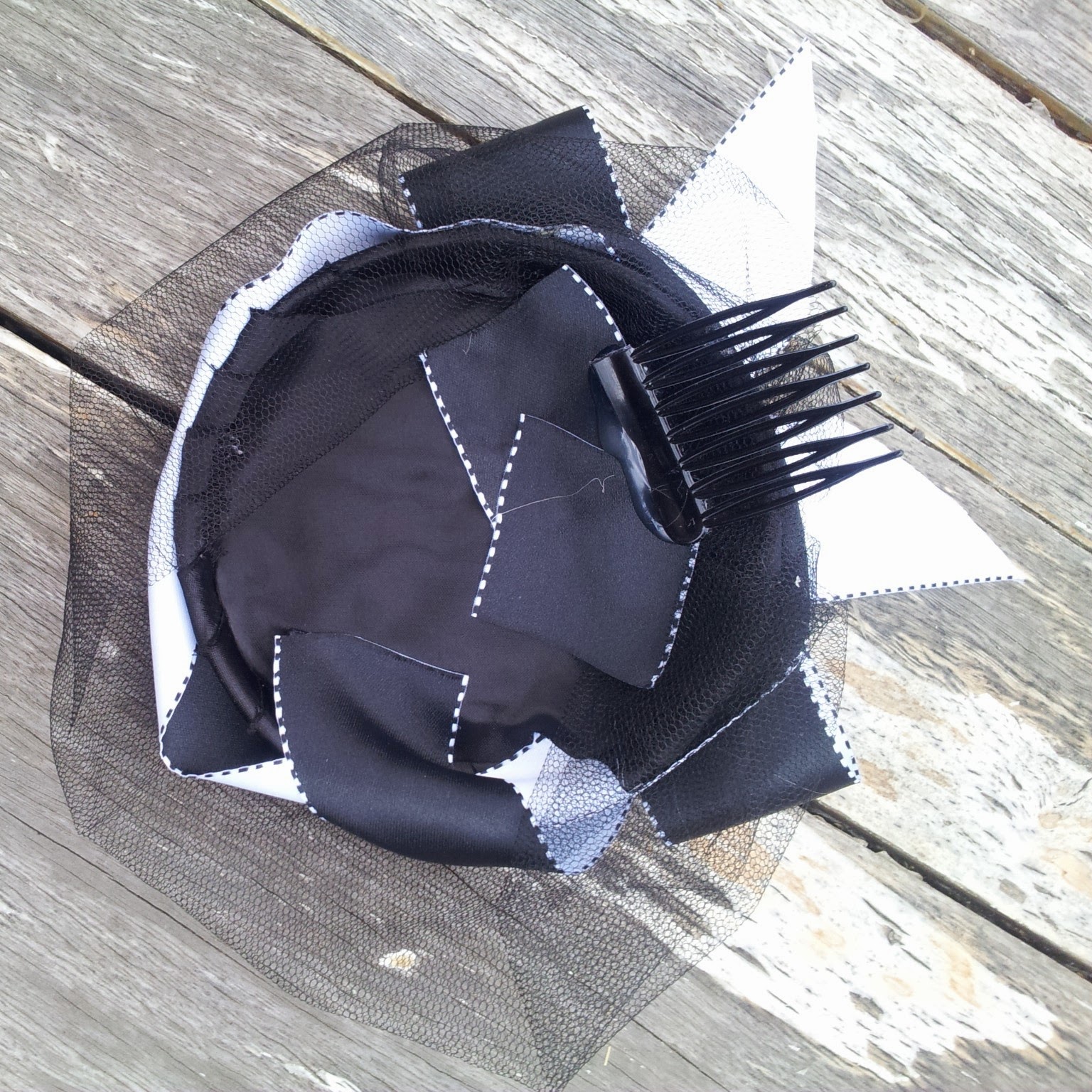 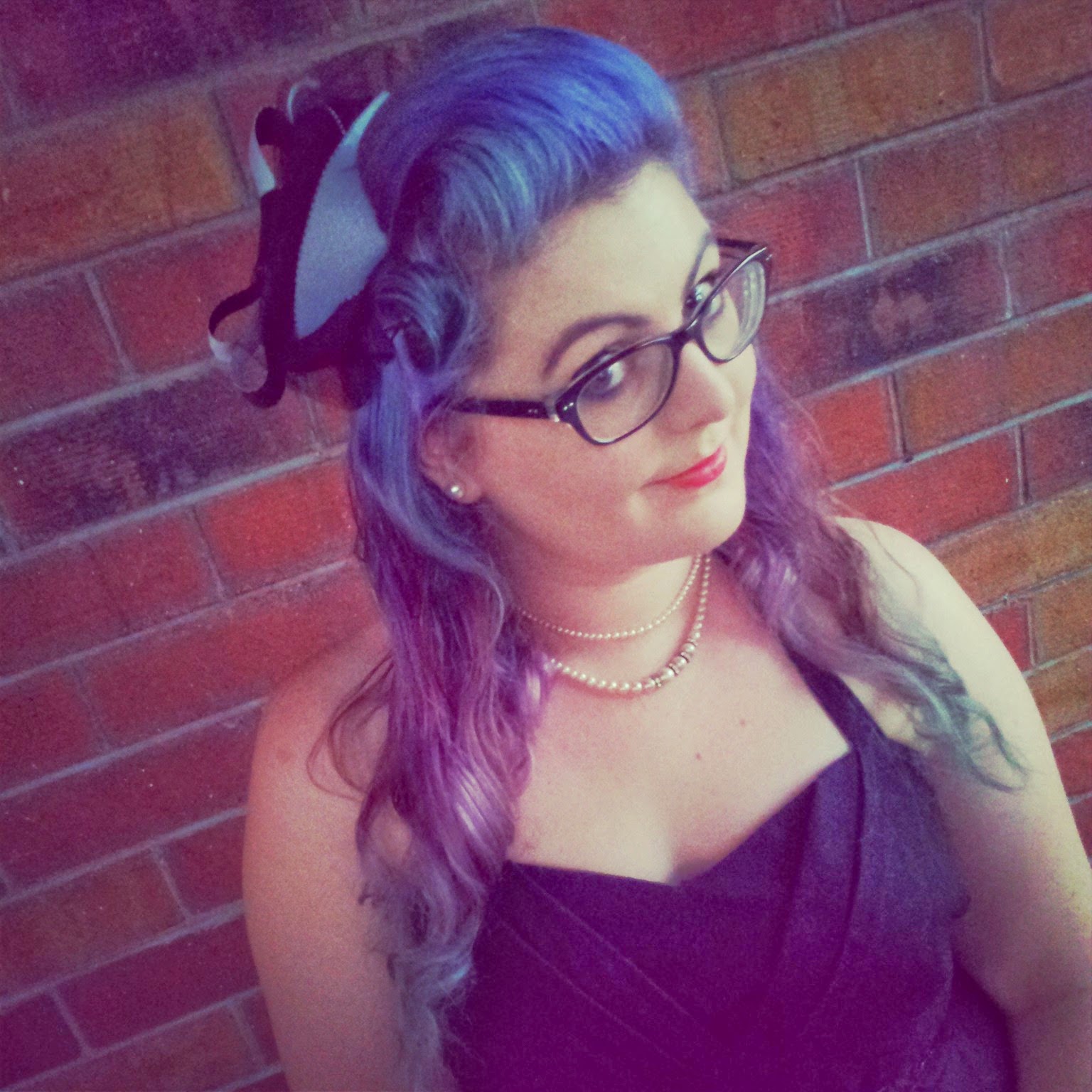 We were definitely the most overdressed people at the theatre, but it was so much fun! I think I've also overcome my fear of victory rolls now, which is very good since as I looked at so many photos of actual vintage hats in preparation for making this one I've got many many millinery plans, so I'll need to be getting better at the hairstyles to match! ~___^

Super cute! That hat looks great and also looks adorable on you!