This week has been one of those in which all you want to do when you get home from work is eat junk food and cocoon yourself into a doona. But it *did* end up getting slightly better. Kinda. In some regards.

Anyway, enough of my whining, let's get on to the crafts! ^_^ 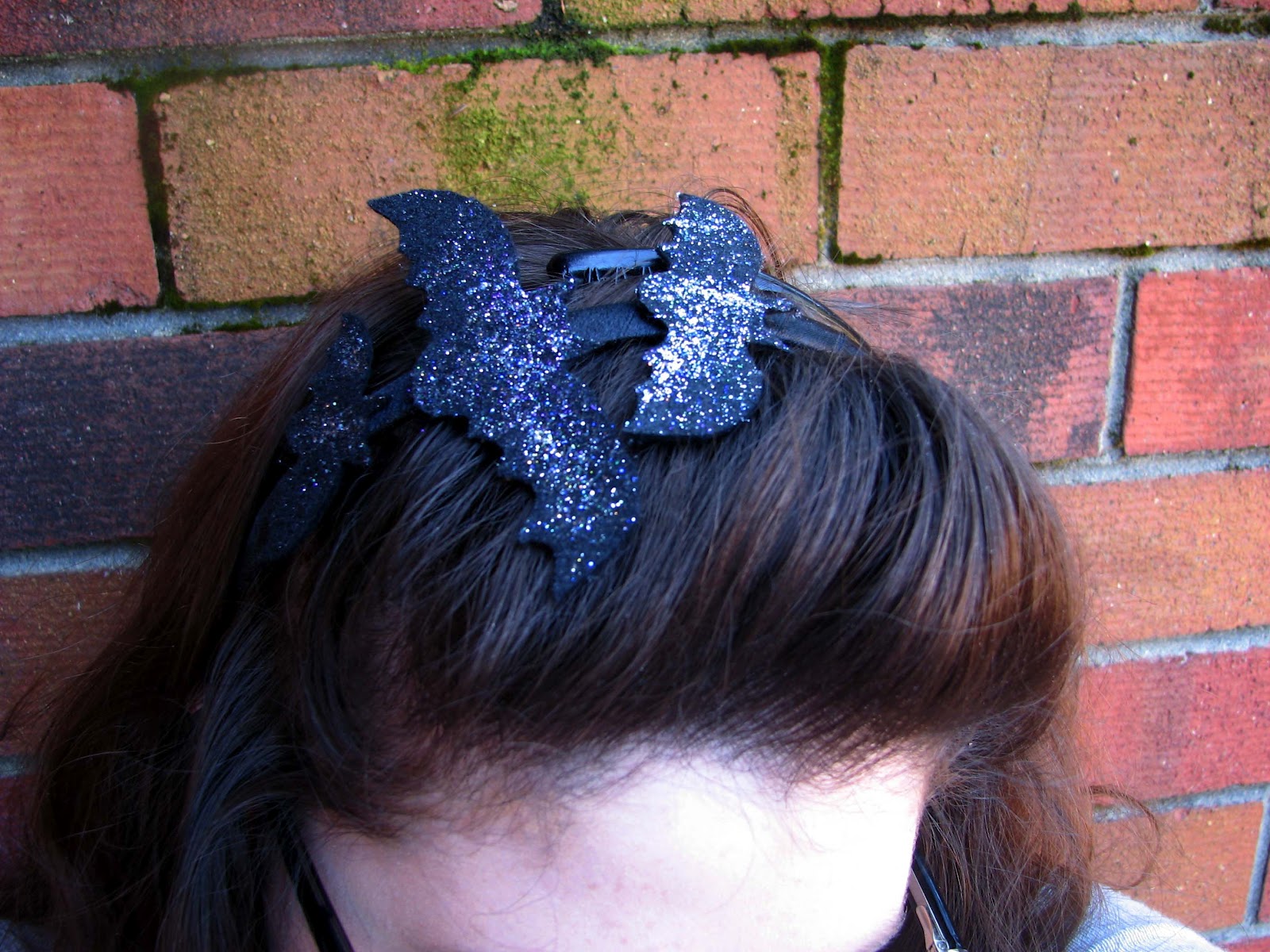 As it's getting close to the end of September, I've been getting into the Halloween spirit (ha ha! ~_^). This headband is cute enough to be worn at work and I can't wait to wear it on Halloween! 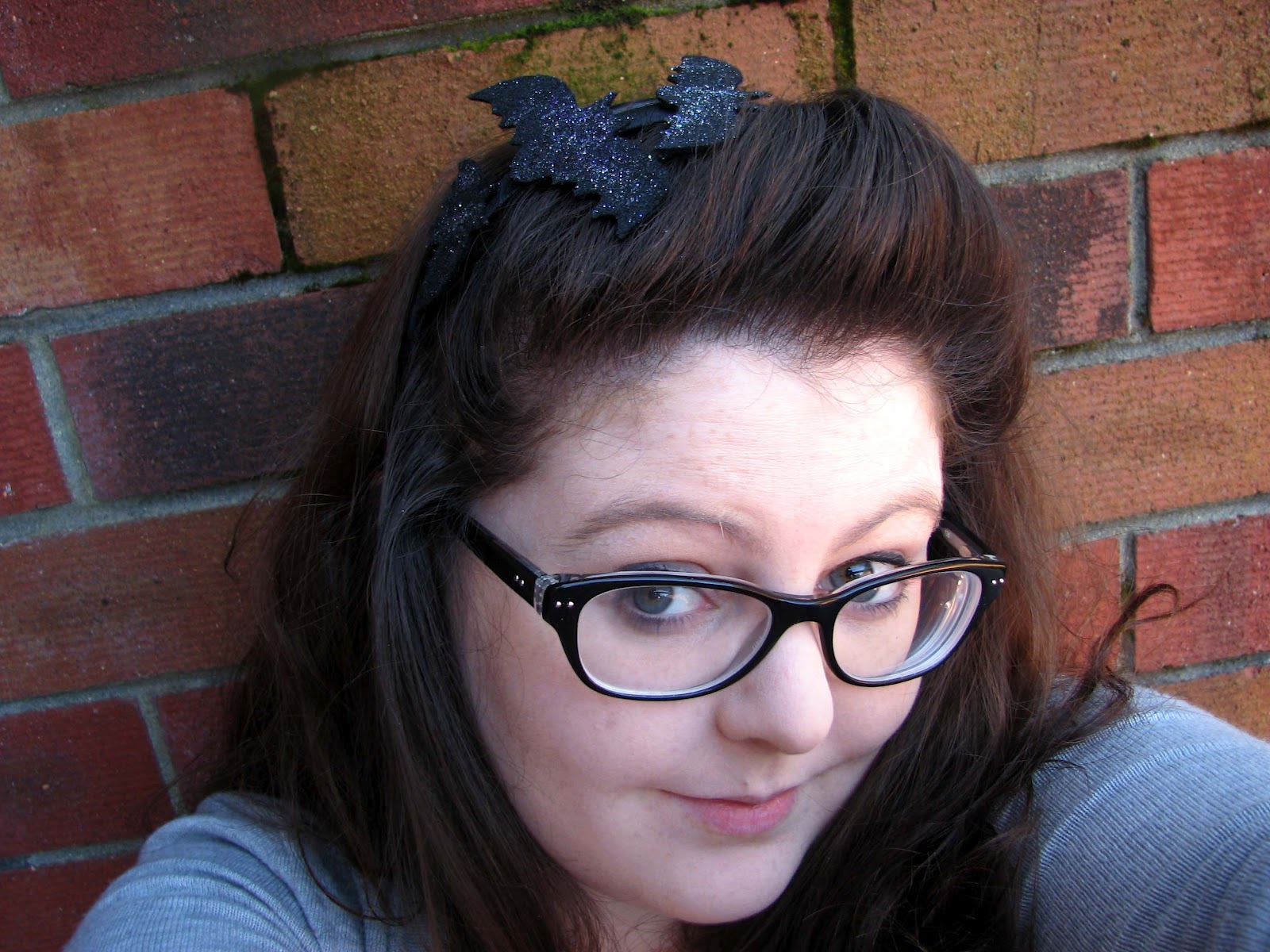 It was super easy to make; I just cut some bats from black felt, covered them with glitter mod-podge, and then (when they were dry) hot glued them onto a headband. 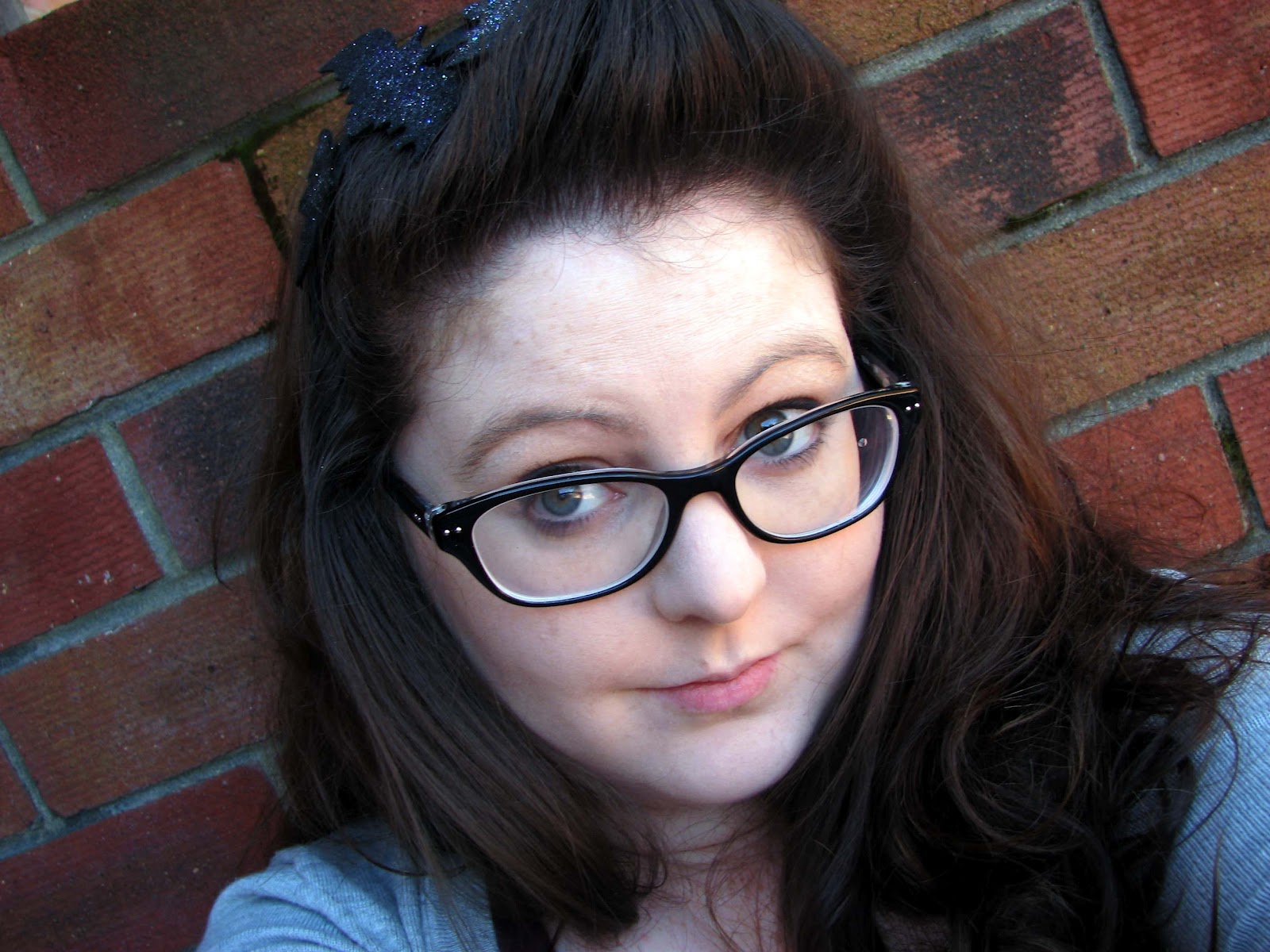 The mod-podge made the felt slightly stiffer, which prevents the bats from being too floppy. And they look very pretty and sparkly ^_^ 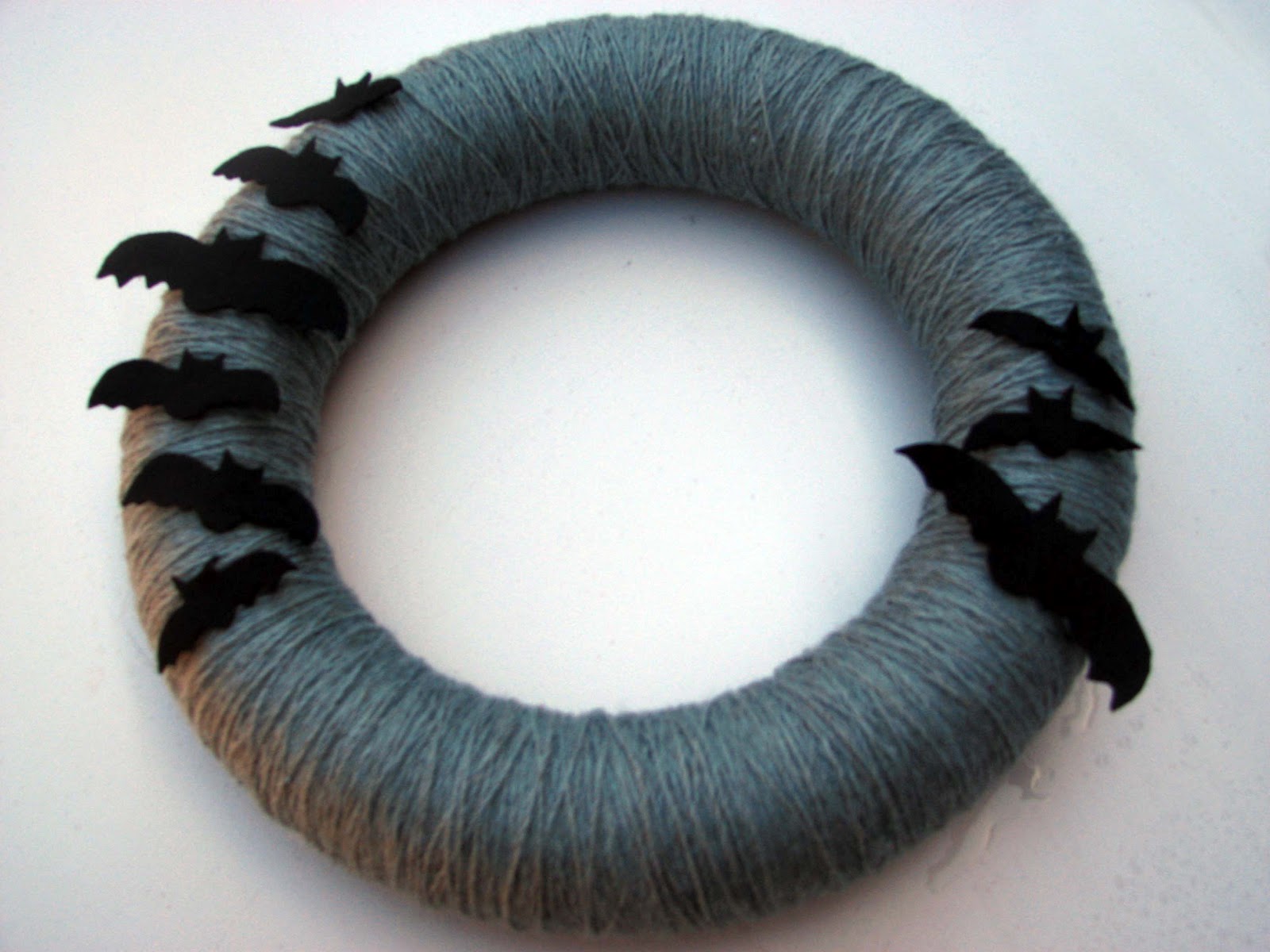 Continuing with the bat theme, I made this wreath for our door. 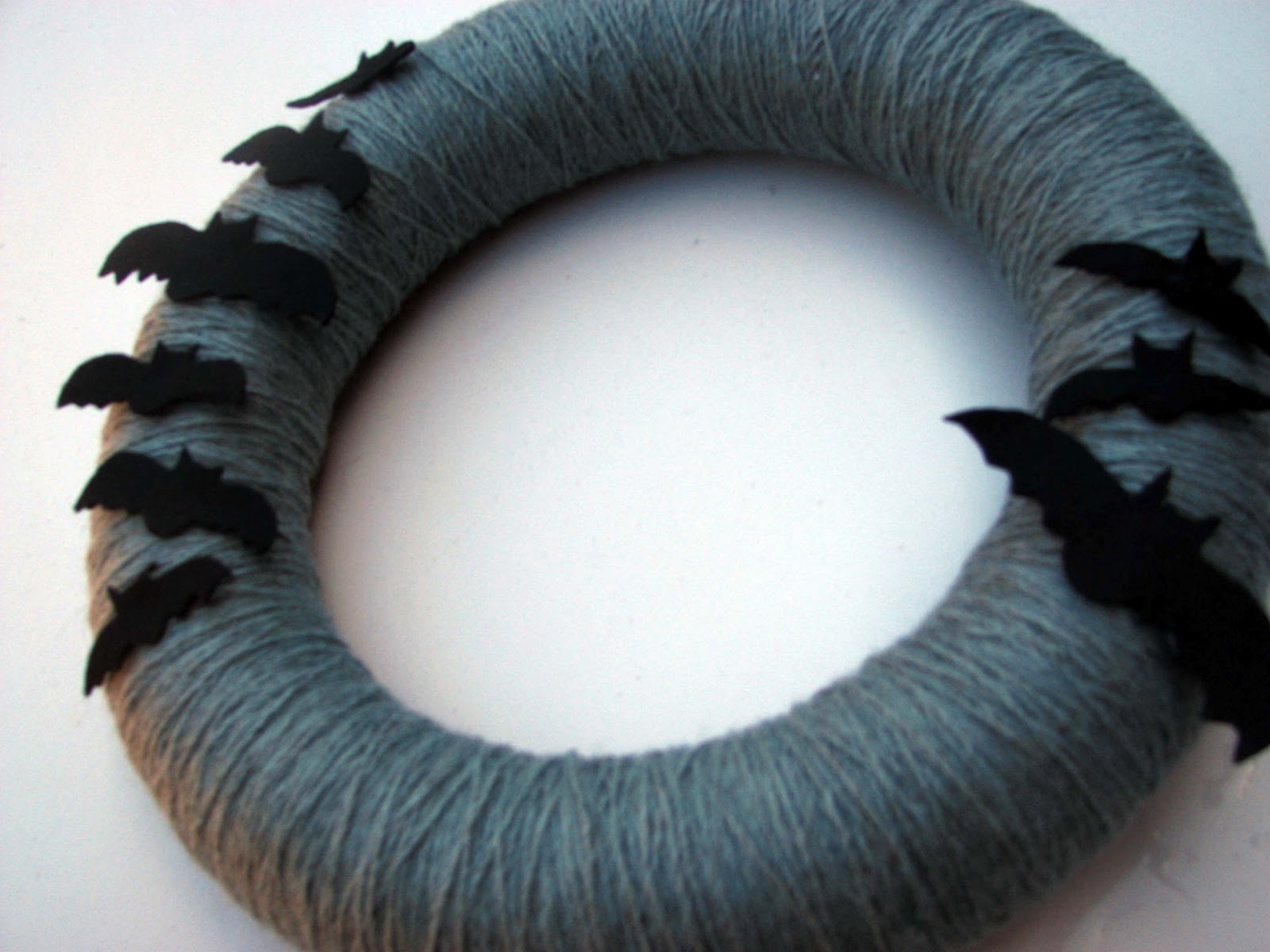 I wrapped a styrofoam wreath base in grey wool - which took ages! I used a GIANT ball of wool from my Nana Tess and I used the entire thing! So if you're planning on doing this yourself, buy more wool then you think you'll need. I was so suprised at how much yarn it took to cover this thing. 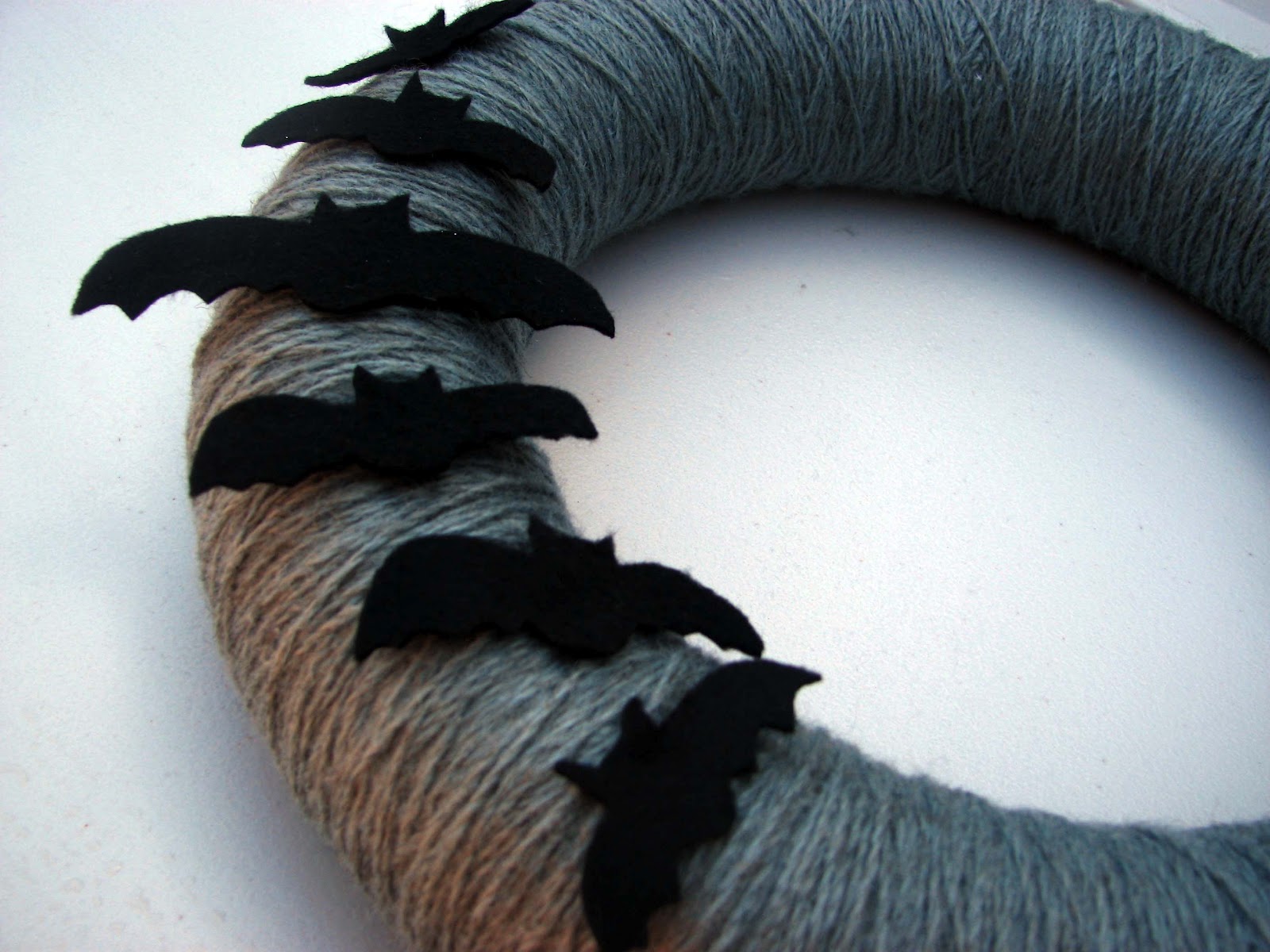 Then I just hotglued on more felt bats. It's pretty basic looking, but I really like it ^_^ 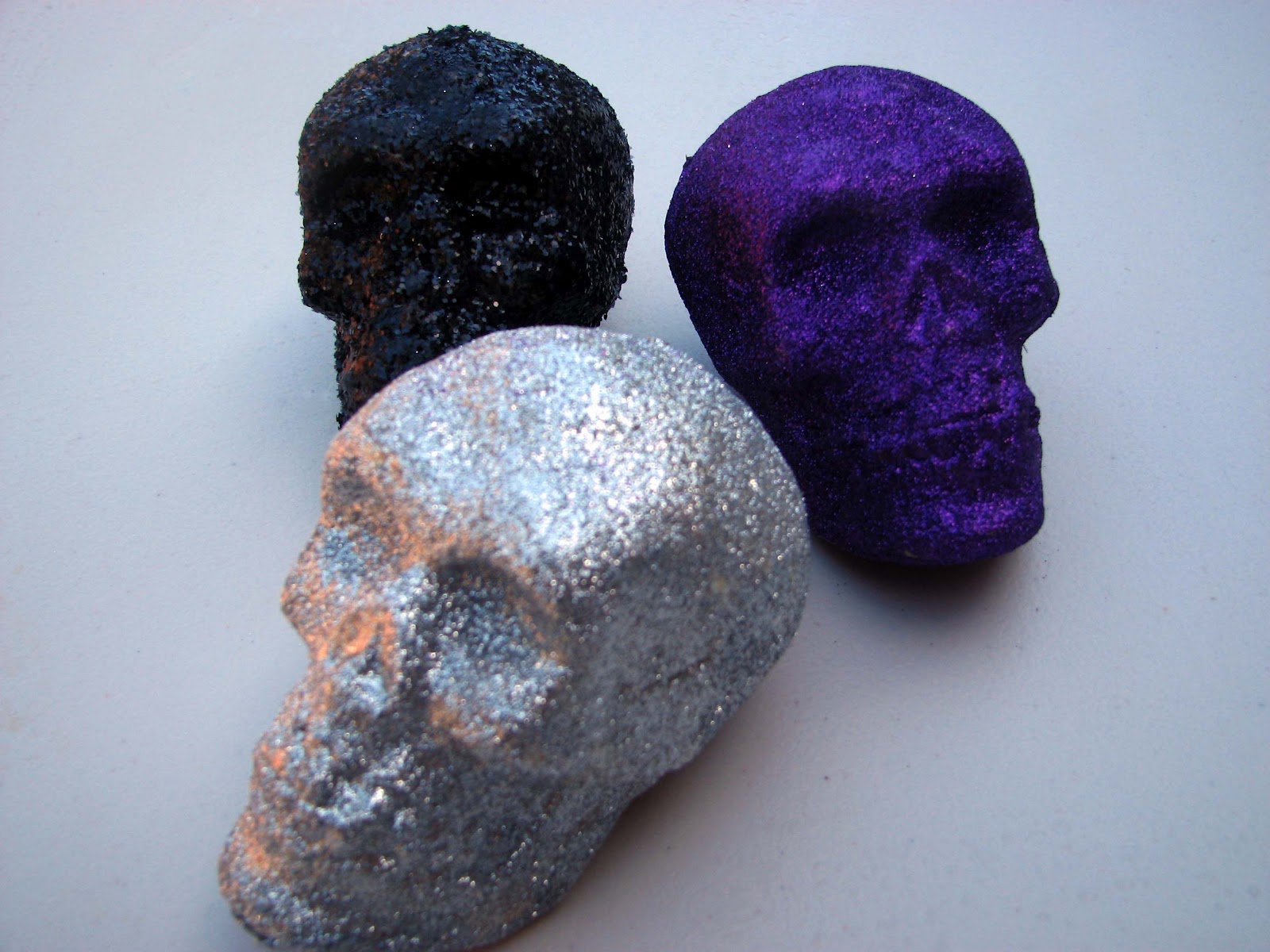 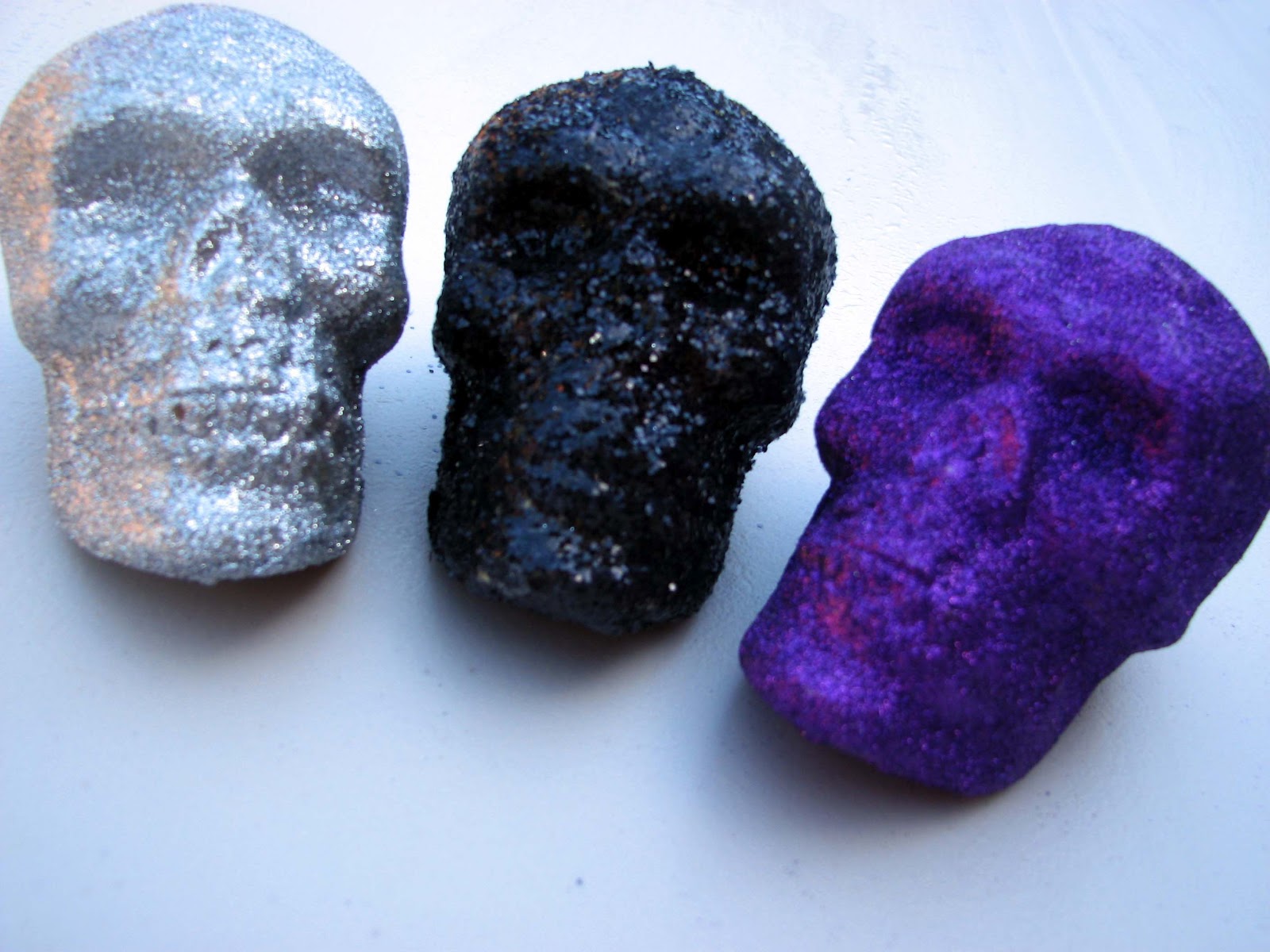 I brought three cheap plastic skulls, covered them in modpodge, and then covered them in *glitter*! If you haven't done this before, here are two tips:
1. Don't mix the glitter into the modpdge - it seriously reduces the sparkle.
2. Use a shoebox (or steal the box from your husband's new Warhammer models) to contain the excess glitter - you'll be pouring a lot of glitter over whatever you're covering but you can return the excess to the jar at the end (by using a funnel) and having a box with corners makes pouring a lot easier. 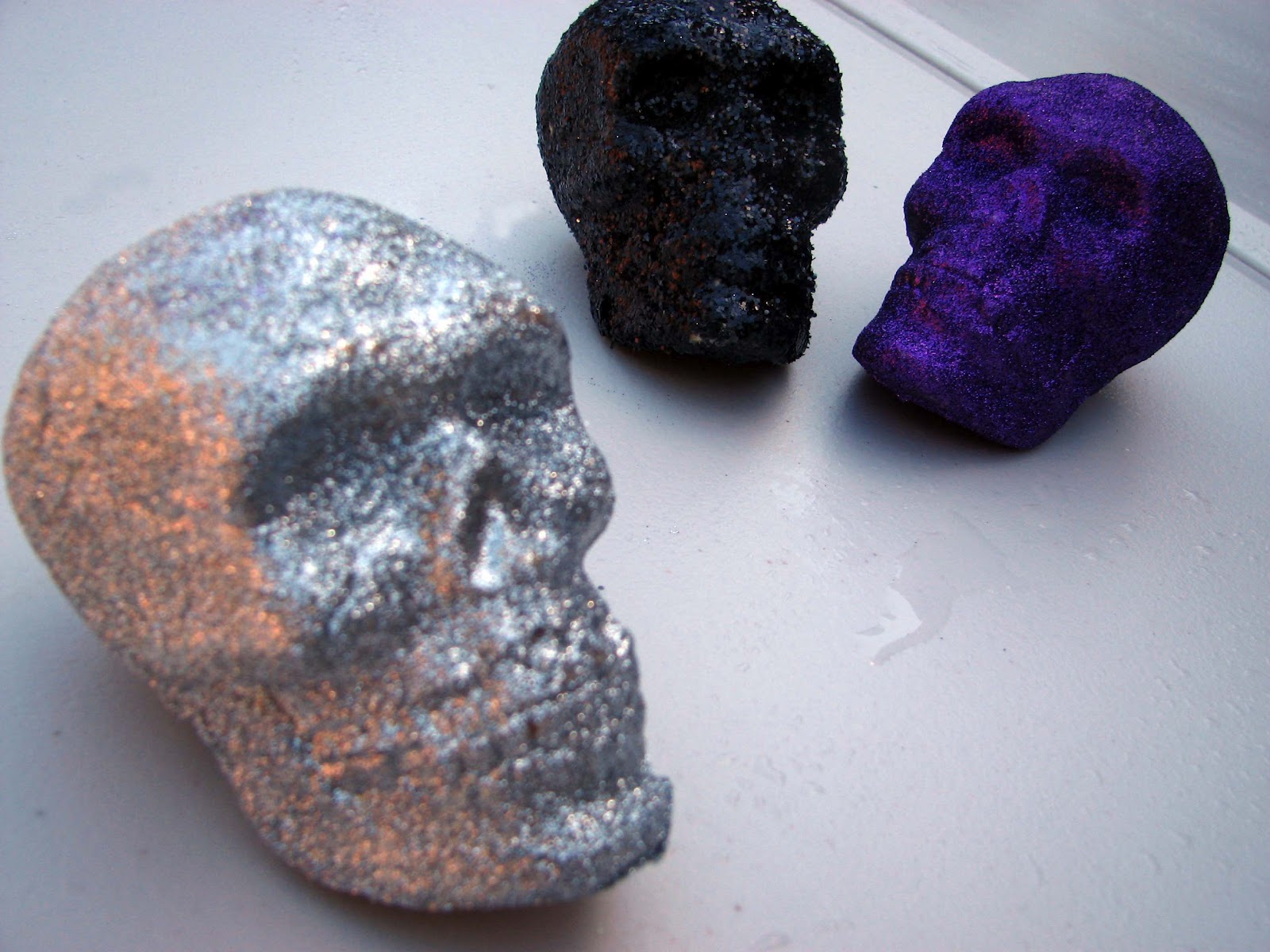 I love how they turned out, but the silver and purple ones look so much better than the black - I think because the black glitter is not as fine.

Anyway, that's it for today - I'm hoping to get a couple more projects done this coming week so fingers crossed for productivity! ~_^

Great Halloween inspired crafts. I think the wreath is super cute and will look fab on your door and I am loving the skulls, especially the purple one. I am hopeless with glitter and get it everywhere, except where it is supposed to go.

Thanks Sara! Glitter is tricky to use - I will admit that I got quite a lot of it on my ... everything. ~_^

we all know that i love glitter, but that wreath is just perfect! lovelovelove.

Glitter is the best! And I'm glad you like the wreath! ^_^