So, um, are perler beads awesome or what?! I somehow missed out on using these awesome little things as a child but since they are now everywhere (definition of everywhere: even IKEA sells them) I figured it was time to give them a go! I actually had a massive stash of perler beads but had only used them for my constellation embroidery ... so I went back to basics and made some cute little brooches ^_^

There are heaps of patterns for perler beads on the internet, but since they work with a grid pattern, you can also use cross-stitch patterns ^_^ I wanted this project to be really mindless (so I could forget about my assignments for a while!) so I used lots of cross-stitch patterns as my guides, and I've included links underneath each picture. 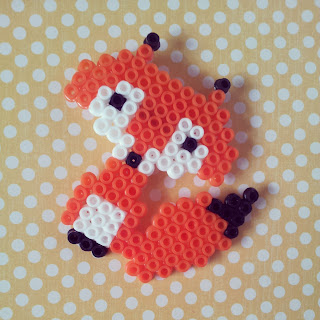 First up: a cute fox! I wore this to uni the other day with my black polka-dot dress, a mustard yellow drapey jacket, and my black mary-janes ^_^ 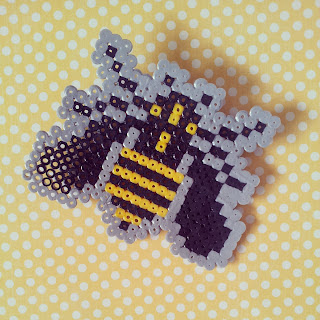 I added a grey border to this bee so that the legs and antenna would stay on, but if I had had clear beads I would have used those instead. Are clear perler beads even a thing? I've never seen them. But if they don't exist, then they totally should. 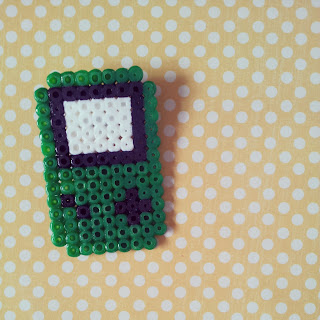 I never actually owned a gameboy but I did own one of those generic ones that came with like twenty games pre-loaded and I played Tetris on that thing until it died. Tetris rocks. 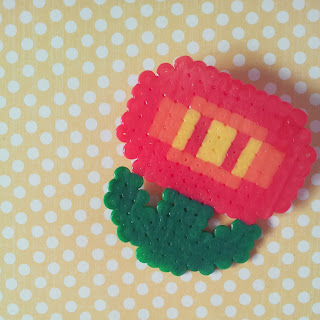 Another confession: I am terrible at Super Mario. I am pretty awful at most platform games. But I still insist on playing it, dying regularly, and not contributing anything when Scott and I do two-player mode. I love getting the fire flowers and the flying hats - they are the best things ever ^_^ 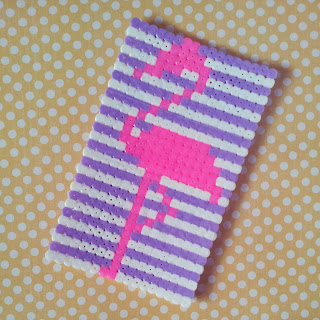 This flamingo is not a brooch because it is much too large - even for me! ~_^ I'm not sure what I'm going to do with it yet. Scott suggested a notebook cover ^_^ 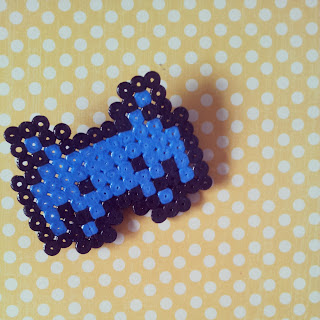 This is now my second Space Invader brooch. I think I need to keep making more until I can reenact a game on my cardigan ~_^ 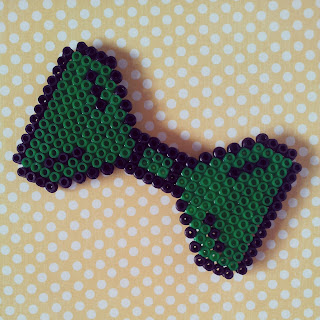 Bow ties are cool! I added a badge back to this one so I can wear it like an actual bow tie, but I want to add a hair clip too, to make it more versatile ^_^ 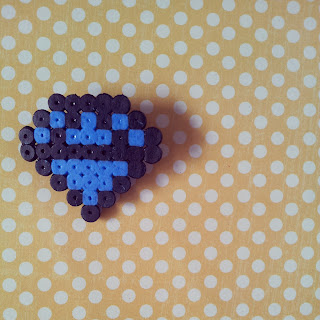 I don't think my diamond turned out all that well, perhaps I need to make it bigger so it can have more detail? 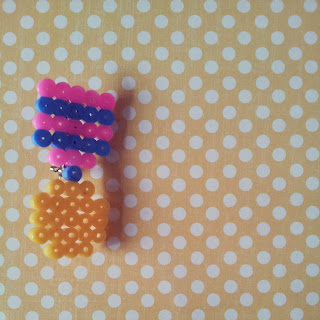 Pip was making perler bead creations with me and we made five or six of these little medals all together, so I'm not sure who made this one. We're both pretty talented, so it really could be either ~_^ 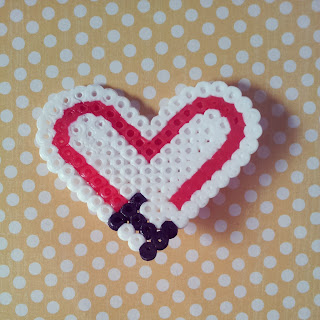 This particular badge is going to be worn on International Star Wars Day. Can you tell what it is? It's meant to be a lightsaber bent into a heart shape ^_^ I know that the hilt of a lightsaber doesn't really look like that, but just having a line didn't really look right, you know? Plus I kinda like how it looks like an "i" so it's like the brooch is saying "i heart lightsabers" ^_^ 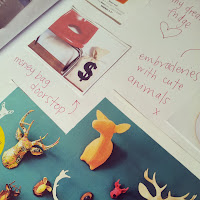 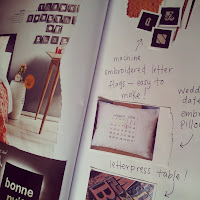 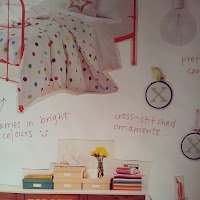 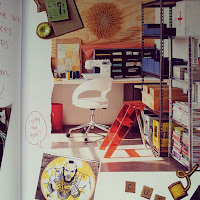 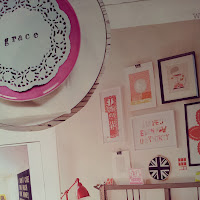 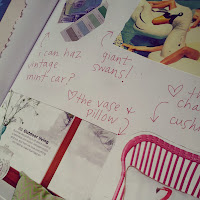 And I have been doing one other thing as well - I went through my ENORMOUS stack of Real Living magazines, tore out the pictures I wanted, and started filling up a big art journal with them (plus some silly captains and drawings) ^_^ I don't normally like to take pages out of my magazines, but the pile I had was really getting waayyy too big. This way I'll have more room for other craft supplies too ~_^

What have you been making? I love to hear from you! ^_^

oooh, I love the little fox and the lightsaber especially! and yeah, clear beads do exist - and so do glow in the dark ones!

perler beads are so fun!

I have never tried perler beads but they look like fun. I like your fox and bow ties brooches.

So originally I disliked Perler beads, but you've definitely sold me on them with that fox. Too cute!

Oh, cool! I will have to hunt some down, for use in future projects ^_^

I agree! I really like using them for cross-stitch patterns too as it gives me a chance to create something from them, without the long time commitment that results from being a very slow stitcher ~_^

Thanks Sara! I think the fox just might be my favourite ^_^

Yay! I'm glad I've convinced you of the value of yet another crafting method! ~_^

my god i have never used perler beads. I am missing out! great little projects!

love the journal idea. i often keep things just to refer to them, but woudl actually like to throw heaps of the gumf out.

I do the same thing, Tanya! It's much more enjoyable to find something in one book though, then to spend ages looking through heaps of magazines ~_^

I love the little bee!

Thanks Alexandria! I've still not gotten over the yellow and grey colour combo, so the bee is one of my favs too ^_^