Hello! I went to a roller derby skills night last night, and I am still sore! It was so much fun though; we learnt how to do slides and knee taps and jumps and all kinds of exciting things that you can't really do when you go to social skates and you get in the way if you keep practising stops while everyone else is trying to go in circles (oops!). I've signed up for a twelve week roller derby skills course next month (gah!) so stay tuned for more skating news ~____^ In the meantime though, let's talk crafts! ^___^ 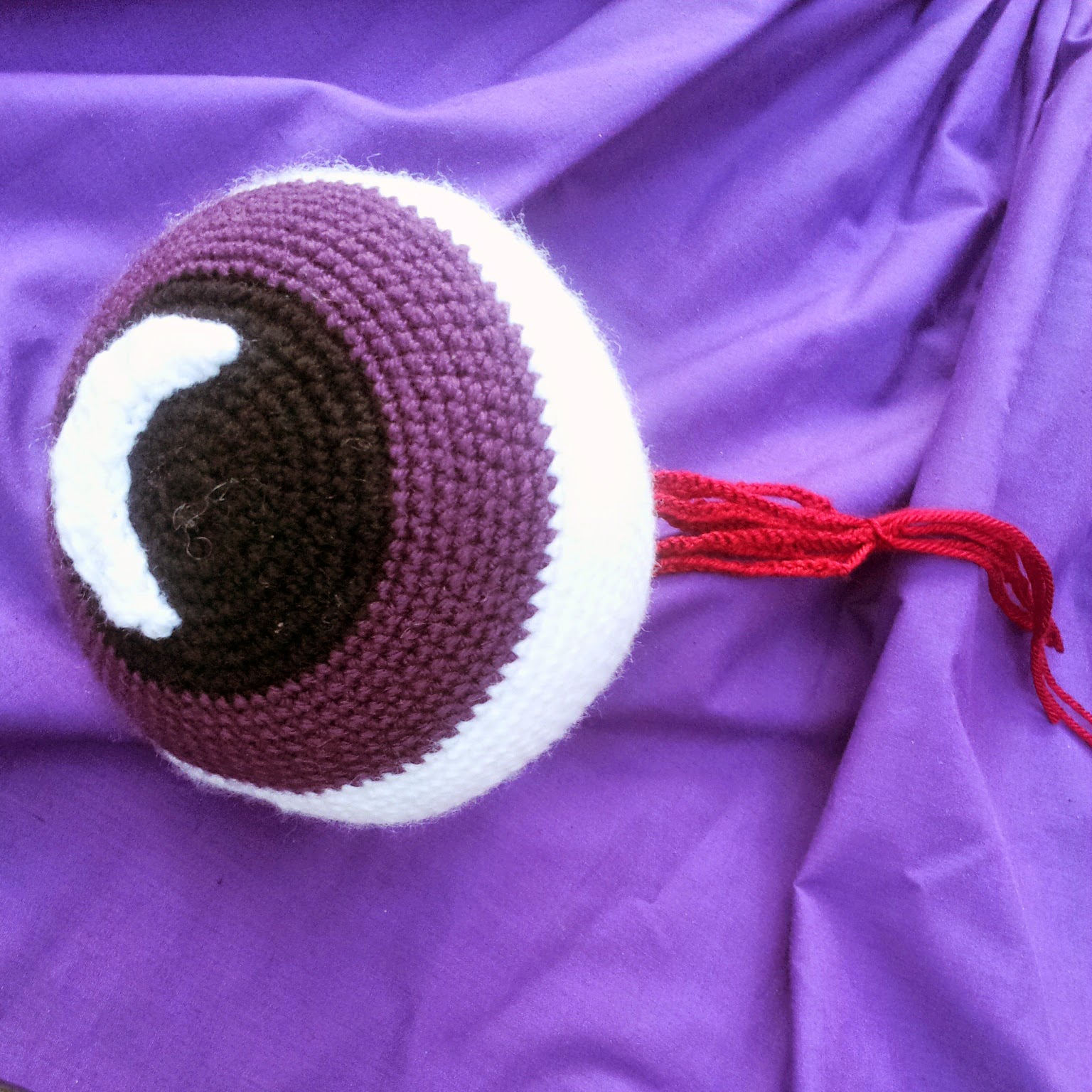 I made this plushie version of the Night Vale eye. Does it serve any purpose whatsoever? Nope. Do I adore it anyway? Yup! ^___^ 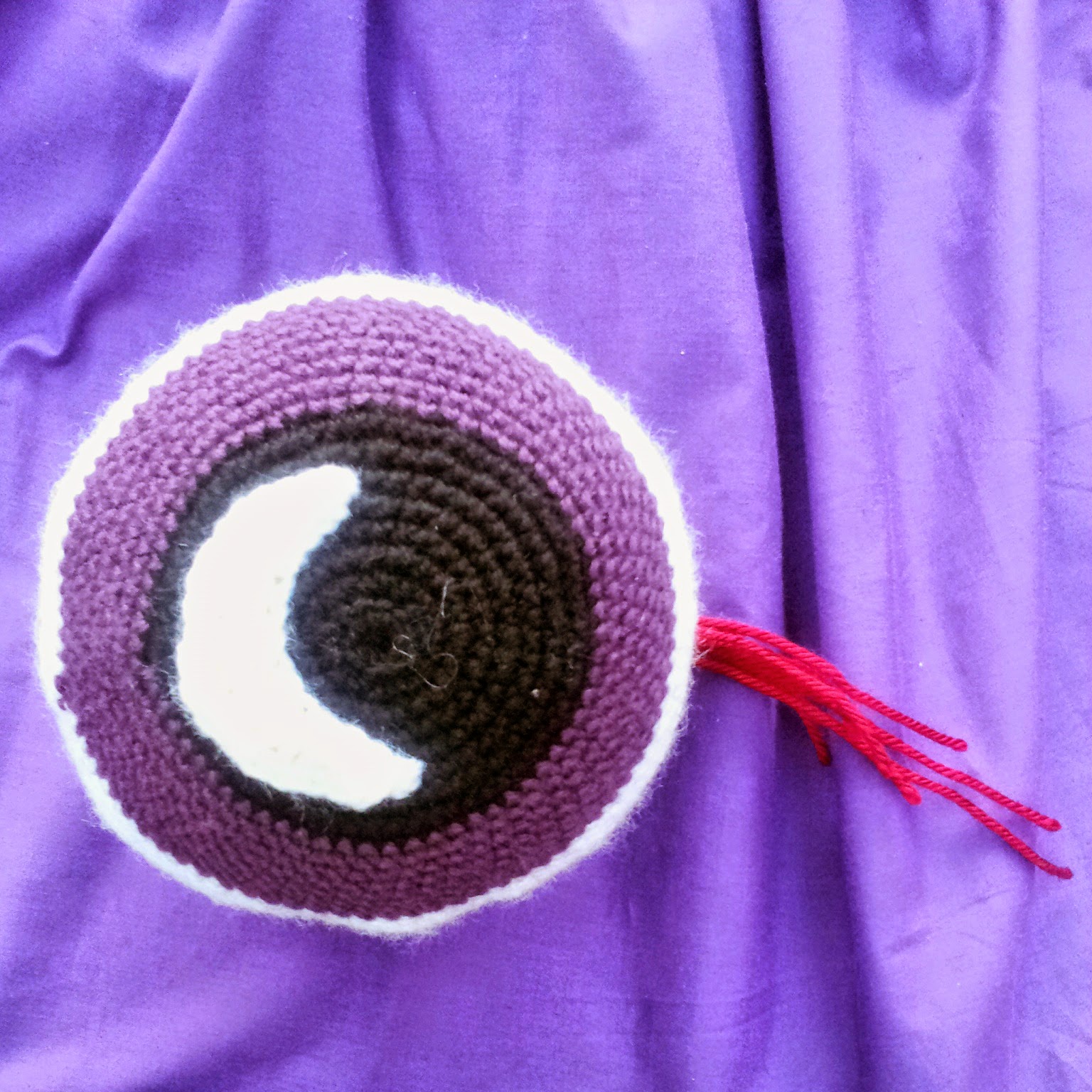 If you'd like to make your own, you will firstly need to know how to crochet a sphere. Or, if you're more like me, be prepared to spending some time making it up as you go along and then getting it wrong and undoing it. I started off with black wool, to make the pupil, then changed to purple, for the iris, and then finally white for the rest of the eyeball. When you are almost finished the sphere, stuff it with plushie filling and then change colours one final time to red and decrease to close the sphere. 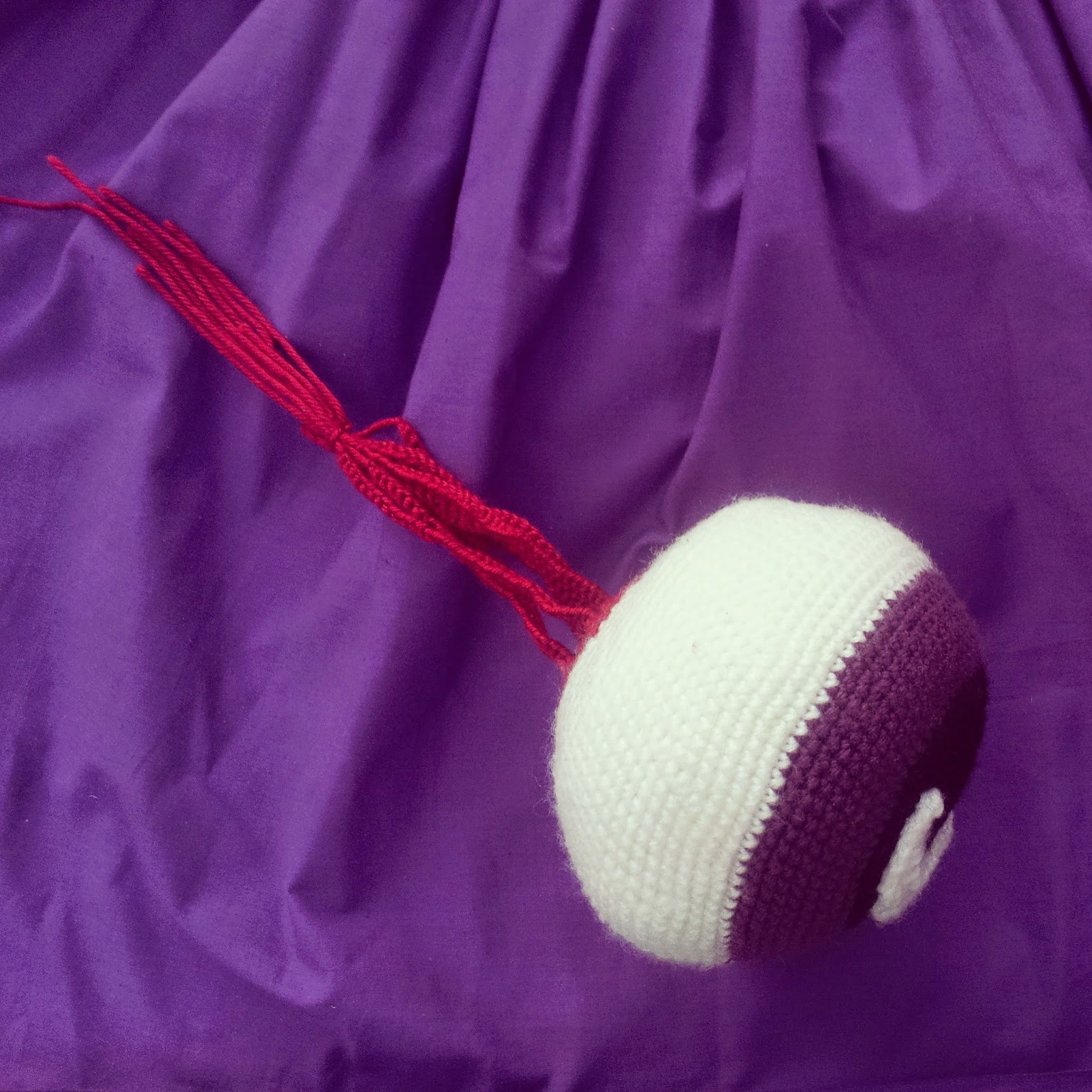 Then, before tying off, crochet a length of chain from the middle of the back of the eyeball. This is going to be the largest nerve! Single crochet in each stitch back down the chain, and then fasten off. I added six more smaller nerves around the larger nerve, just by tying on where I wanted the nerve and then chaining to a random length and tying off. I didn't trim the ends of the chains as I rather liked how it looked with the ends still on. 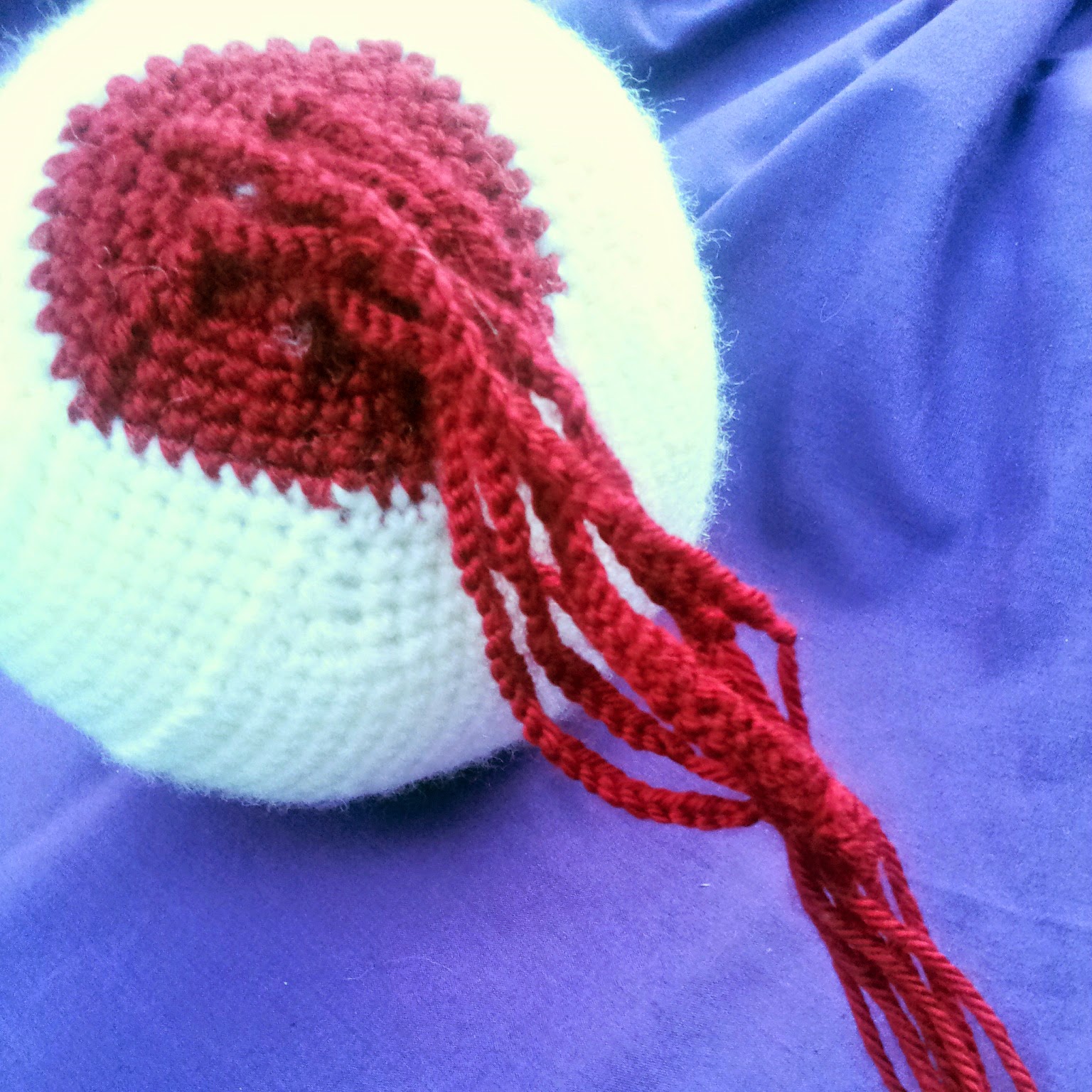 I tied a length of the red wool around the ends of the nerves, so they were gathered together in a little bundle ^___^ 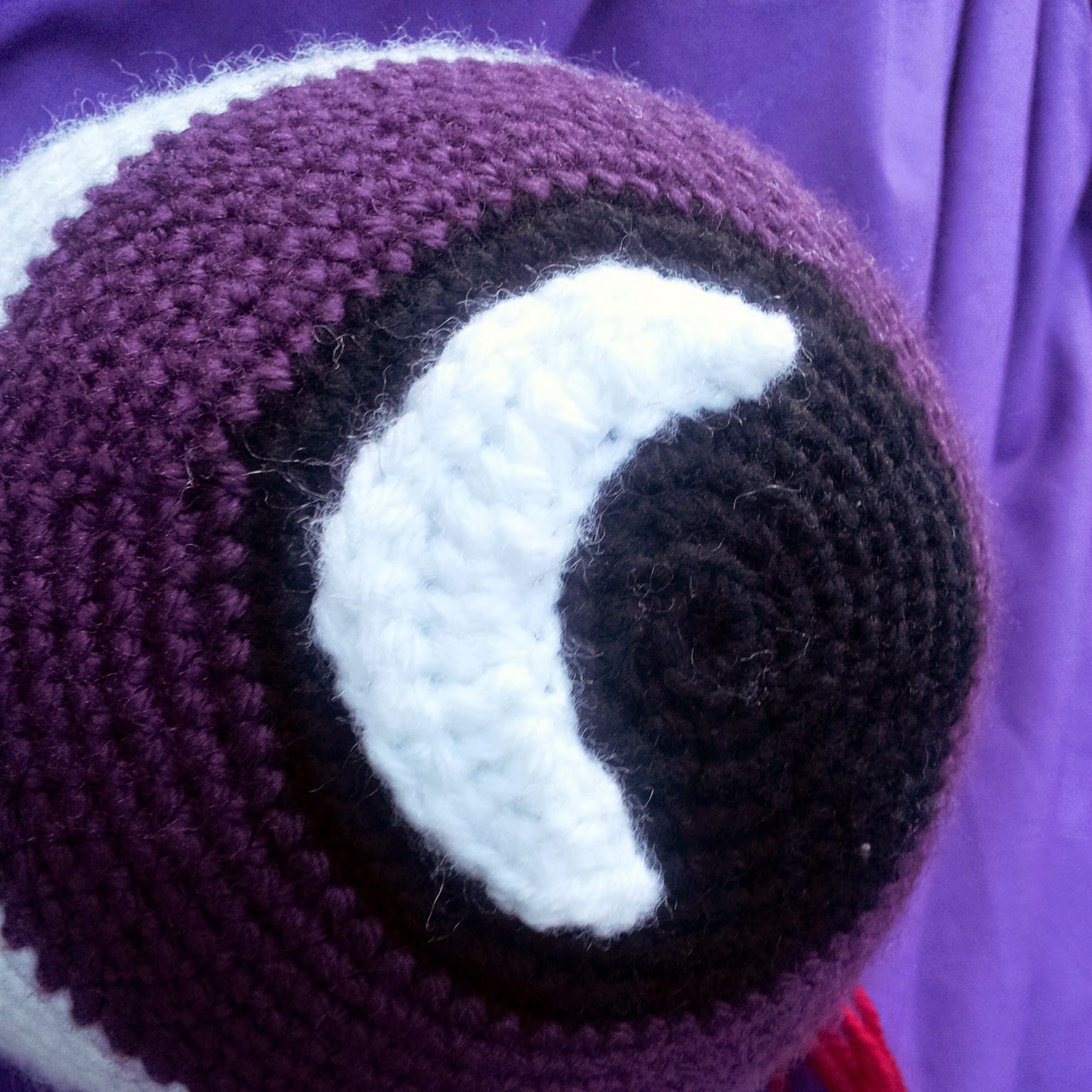 And then it was time to make the most important part - the crescent moon! With it, after all, this plushie is just a purple eye! I used this pattern by Zaaynab Le'Von, which was the perfect size ^____^ 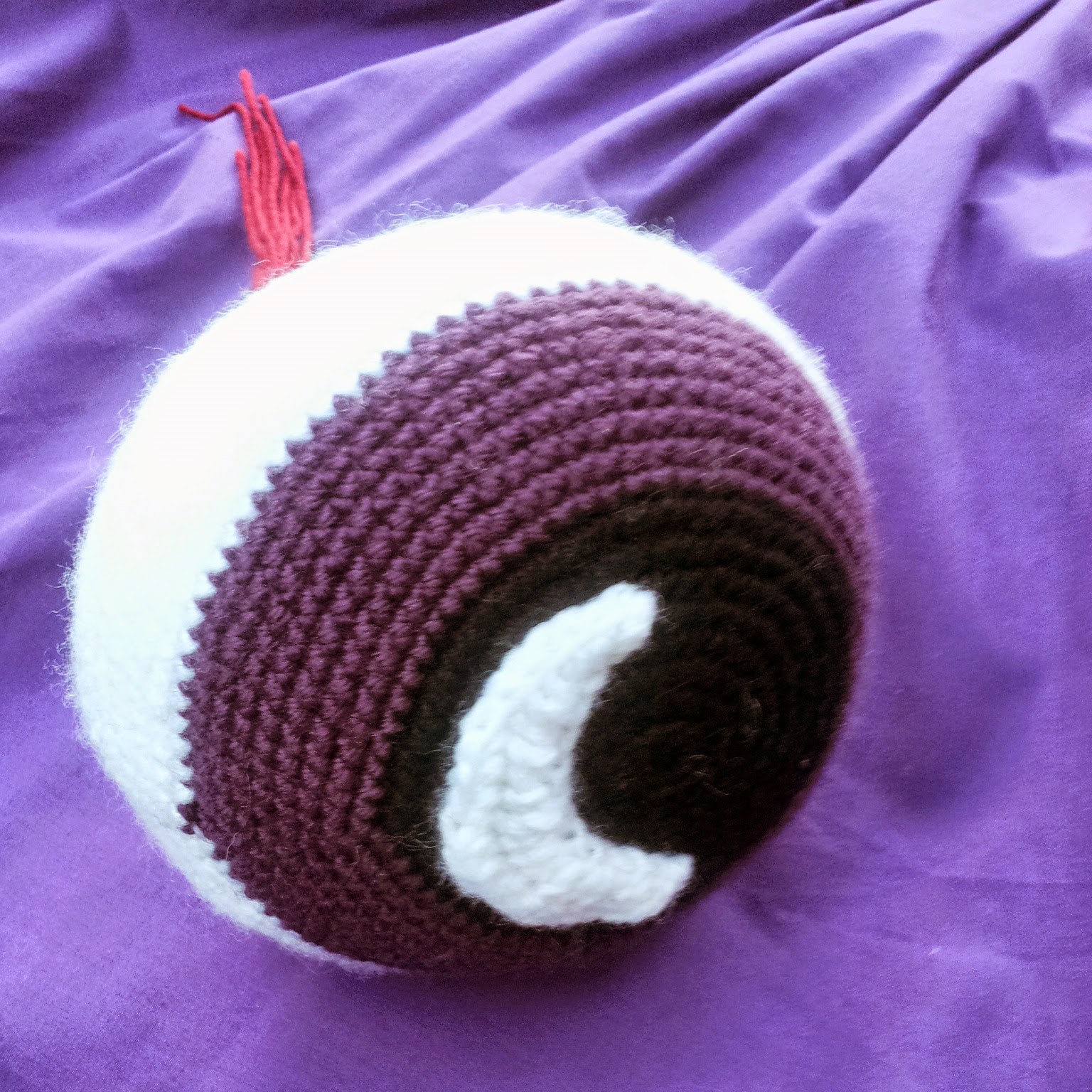 I stitched it on with a little bit more white wool and then the Welcome to Night Vale eyeball was complete! 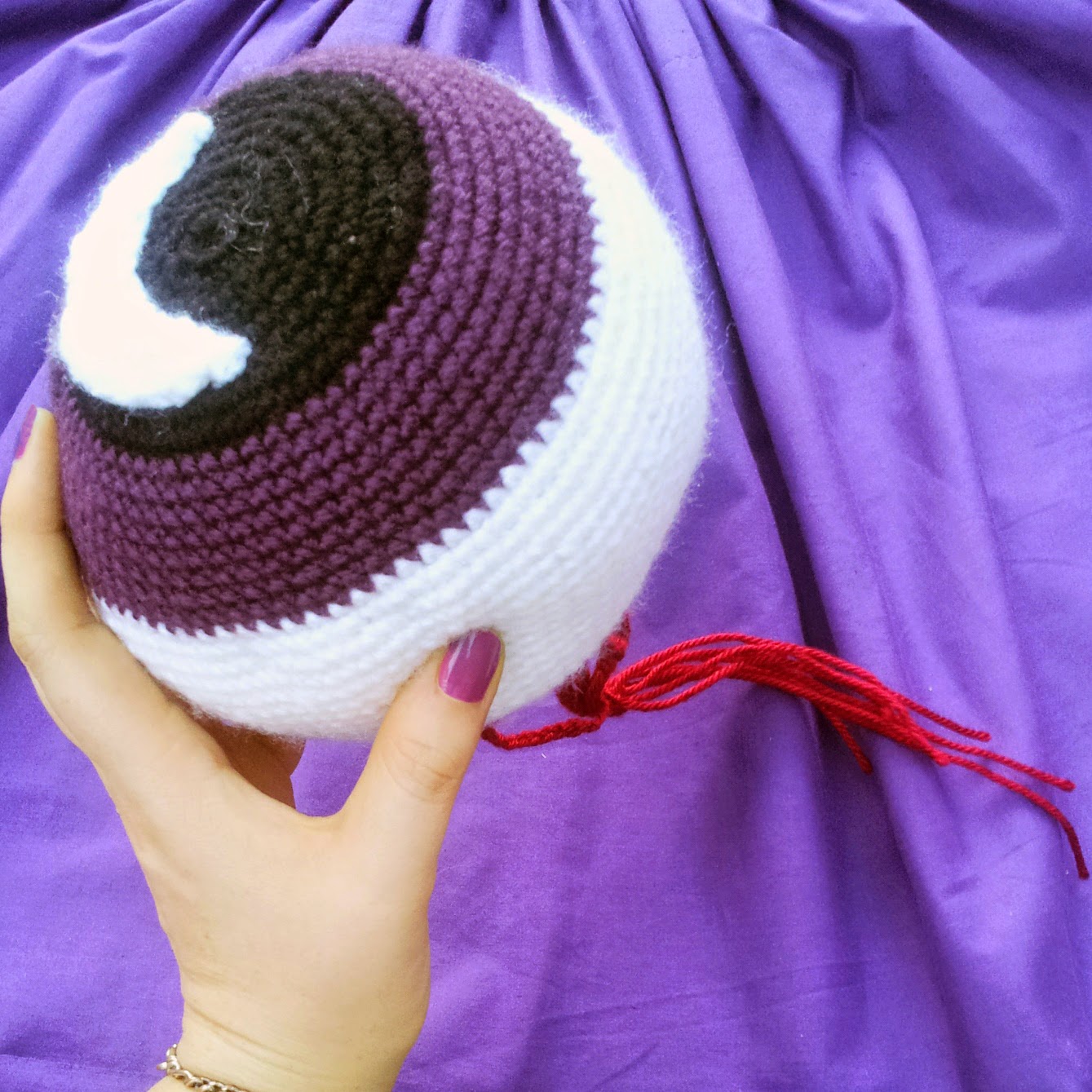 It's quite a large eyeball; as you can see, I can barely get my hand around it! 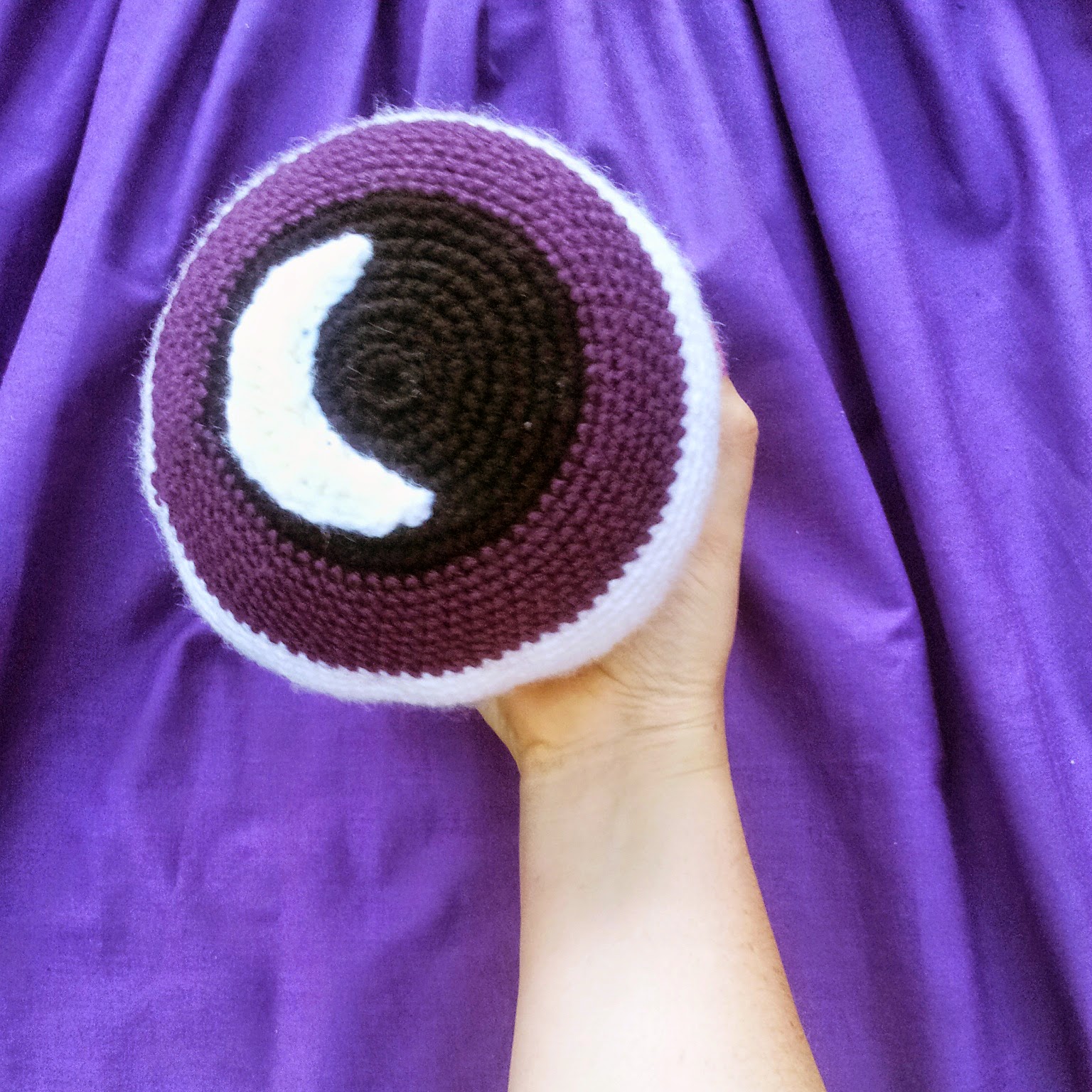 I'm not going to post next week as I'll be quite busy but after that I'll have much more time on my hands! I might even try to post twice to make up for it ~____^ I'll see you in two weeks, but, in the meantime, tell me what your favourite fandom is! I love to make nerdy crafts, but it's tough to choose a favourite! I think probably Adventure Time is the most crafted fandom for me though ^____^

This is so cute! And favourite fandom? That's so hard! I love Doctor Who, Bravest Warriors, and Bee and Puppycat just to name a few ♥
Amy xx

Thanks Amy! You have good choice in fandoms - I love all of those things as well! I saw a pattern for a Puppycat toy recently, I think that will have to go on my to-craft list ^____^