It's the middle of summer here in Australia, so I'm dreaming of cool spring evenings and lush woodland groves. Recently some friends and I were planning a crafternoon and trying to decide which project we would make. I'll show you what we decided on next week, but I couldn't resist recreating one of the other suggested projects - an adorable antlered flower crown by Georgina Doull, featured here on Mollie Makes. 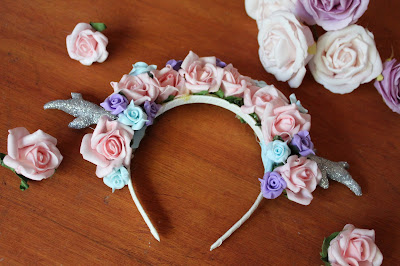 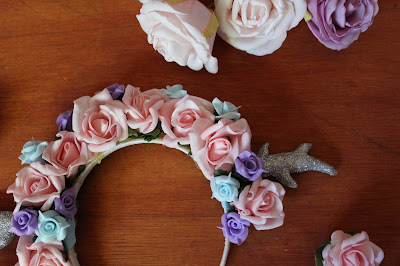 Creating the antlers was definitely the trickiest part of this project; Georgina makes it look so easy, but I made and remade mine several times! I also wasn't sure if I was going to glitter them or not, so I didn't follow her instructions to press the glitter into the clay before baking. Getting the glitter onto the antlers after baking was quite difficult, so if I was to do this again, I would listen to Georgina ^____^ 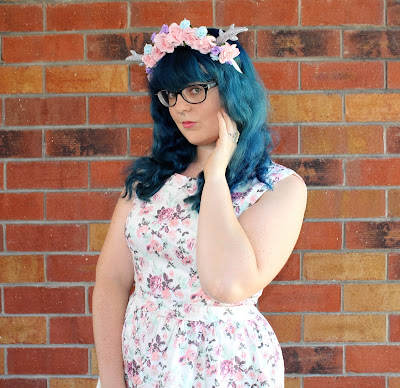 My headband was already covered with white ribbon, so I left it as is. I did use some baby blue ribbon that was originally from a bouquet of flowers to help attach the antlers, but it's barely visible from the front. 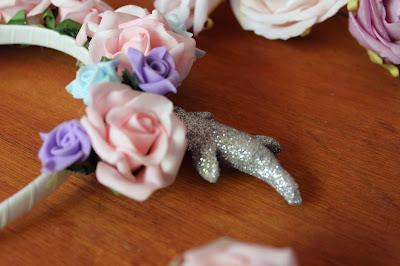 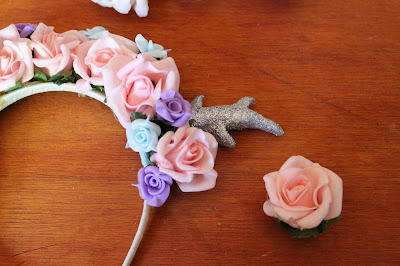 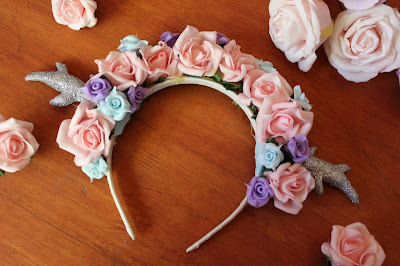 The flowers I used are all foam roses. I was originally planning to use some of the larger size roses, that you can see in the top corner in the photo above, but then decided they were too big and instead stuck to the medium and small sizes instead. 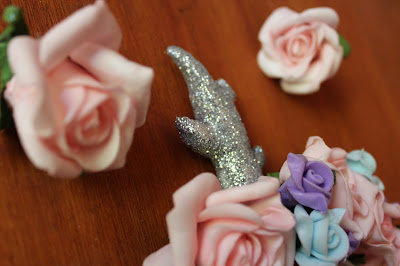 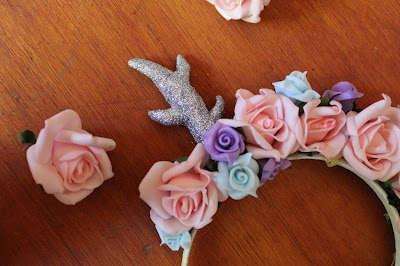 I cut off the wire stems with scissors and then attached all of the flowers with hot glue. There is a patch were a bit of glue leaked onto the front of the band, but when I'm wearing it the glue isn't visible. 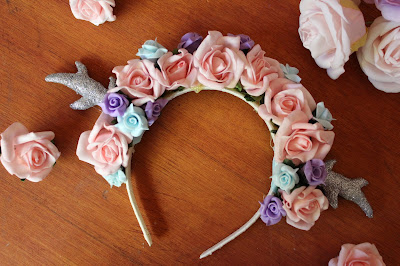 The back of the band isn't as pretty as the front; I'm considering making some felt leaves to cover up the backs of the roses. 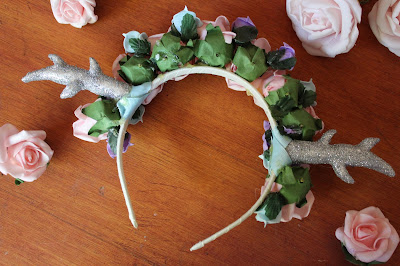 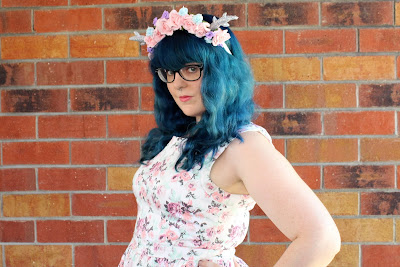 I feel like I should be waiting for some fairies to drop by for a tea party while I'm wearing this! ^____^ Despite the clay antlers, it's quite light and very comfortable to wear. I'm thinking it would also be lovely for a Christmas outfit or a casual party costume. 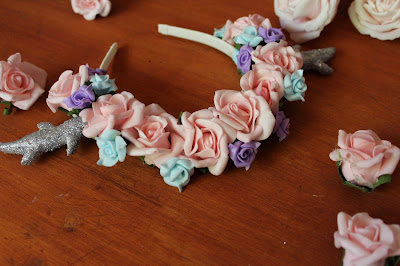 Considering that 2016 starts in two days (whhhaaaatttt??), this will be my last project for the year. Thanks so much for spending time with me; I hope you've had some fun and maybe even found a little crafty inspiration. As always, I love to hear from you; what you enjoyed, what you'd like to see more of, what you created this year, and what you plan to create next.

Enjoy the rest of December, and I'll see you in the new year!