Blast from the past: Pavlamington


The third blast from the past - and what a blast this was! I was challenged to make an Australian recipe and so I combined two Australian foods, the Pavlova and the Lamington (that we possible also might have stolen from New Zealand), to make the gourmet monstrosity that is: THE PAVLAMINGTON 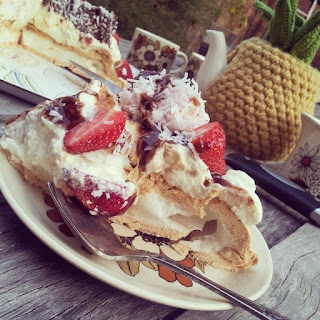 It's basically a huge meringue covered with cream, strawberries, chocolate syrup, and mini chocolate and strawberry lamingtons. It is extravagant and decadent and also very, very tasty. 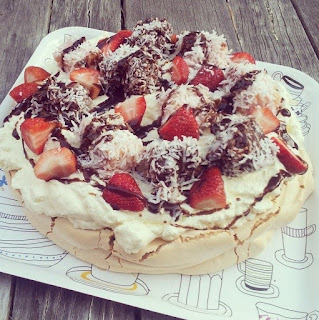 Also, while chocolate and strawberry are the kind of "traditional" flavours for lamingtons, they can really be any flavour. Imagine pineapple and lime mini lamingtons paired with a cream covered meringue, drizzled with lime juice and chucks of fresh pineapple - yum! 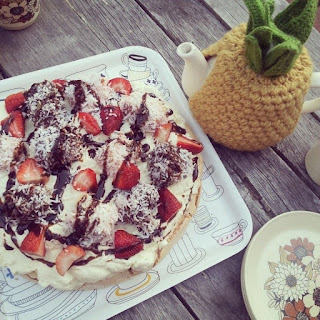 This recipe is kind of an undertaking, so if you're going to make this, be prepared to spend a bit of time on it. Or, you know, you could go to the shops and buy a pavlova base and a packet of lamingtons but that wouldn't nearly be as much fun! Here's what you'll need:

Let's begin! Preheat your oven to 120oC (248F) and line a baking tray with foil. Grease the foil with a little melted butter, and sprinkle cornflour on it, to prevent the meringue from sticking. Whisk the 6 egg whites until they form soft peaks then start adding the sugar. Add a little bit at a time and keep beating the mixture constantly while you do this, until the sugar is completely dissolved. Add the cornflour, vanilla, and vinegar and whisk to combine. 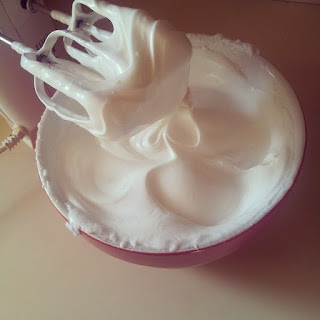 Gently spoon the meringue onto the foil lined tray, making it into a flat circle shape. Bake in the oven for about 1.5 hours. It should feel dry when you touch it, and be slightly browned. When it's cooked, leave it to cool completely before you take it off the tray. 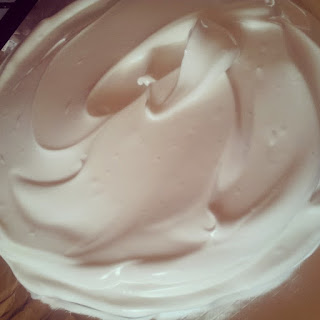 While you're waiting for your pavlova base to cool, you can start making the lamingtons. Keep the oven on, but bring it up to 180oC (356F), and line a rectangle cake tin with baking paper. Beat together cubes of softened butter, sugar, and vanilla until it looks fluffy. Then add the eggs and beat them in well. 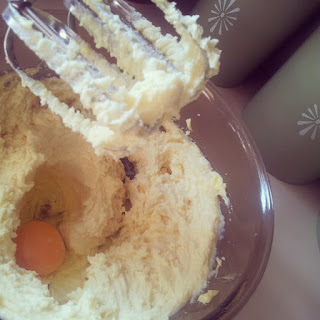 Mix in the flour and milk. 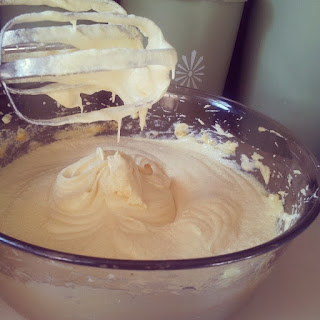 Put the mixture into the cake tin and bake in the oven for half an hour. If you put a skewer in it, it should come out clean. 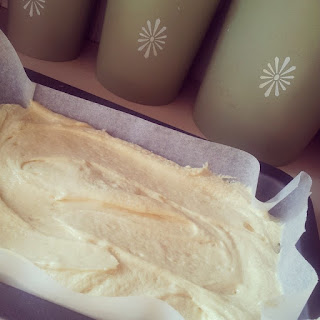 Let it cool in the tin for 20 minutes, then turn it out onto a wire rack. This is a kinda massive amount for mini lamingtons, but I wanted to have leftovers for some big ones as well. Feel free to reduce the recipe if you don't think you'll need as much. 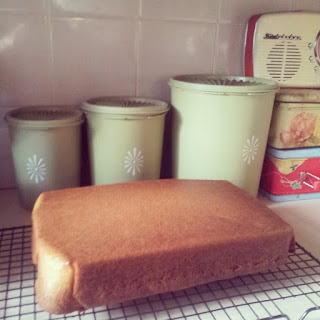 While you wait for the lamington to cool, prep the icings. Chocolate and strawberry are the traditional lamington flavours, but I've also seen lemon, raspberry, rose, blueberry, white chocolate, matcha, lime, and Cherry Ripe - so go wild and make whatever ones you'd like!
To make the chocolate icing, mix the icing sugar, cocoa powder, butter, and boiling water in a bowl until you have a smooth consistency. To make the strawberry icing, mix the jelly crystals, butter, and boiling water together until the crystals and butter are dissolved. Then stir in the icing sugar until smooth. 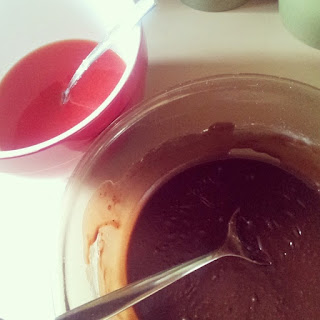 Cut the lamington into small cubes. Using a fork to hold the cube, cover it in icing. Then roll it in desiccated coconut and pop it on a plate to set. 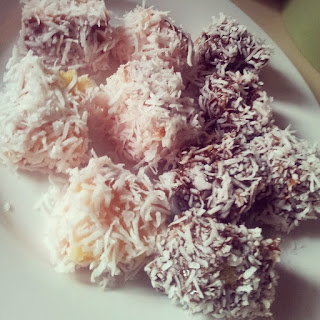 Put your pavlova base onto a large plate and beat your thickened cream until it's really, really thick. It's ok if it cracks (like mine!), the cream will cover most errors ~__^ 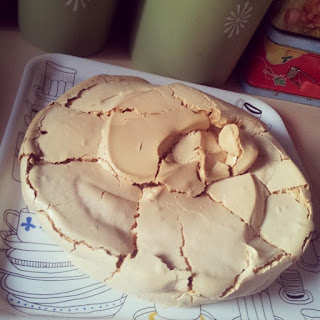 Spoon the cream over the pavlova and drizzle with some chocolate sauce. 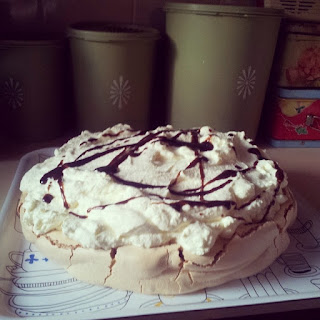 Add the chopped strawberries, mini lamingtons, more chocolate sauce, and the sprinkle the whole lot with the extra desiccated coconut. 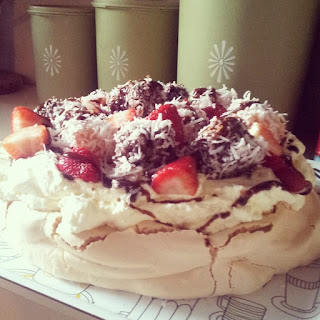 Serve immediately - and make sure you have a lot of friends around to help you eat it all! ~___^ 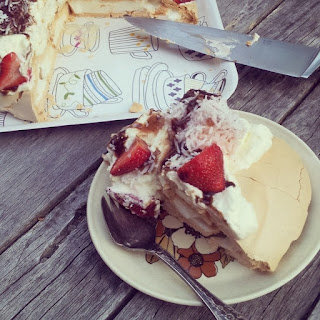 If you ever make a Pavlamington, I'd love to see it! Reading this recipe has made me want to eat it all over again - maybe I'll make another for my birthday ^___^

Email ThisBlogThis!Share to TwitterShare to FacebookShare to Pinterest
Labels: blast from the past, cooking, pavlamington