Wow, can you believe that it is already the end of March? I can't believe I've been at uni for a month! The time has really flown by. I've really been missing posting more than once a week too, but I figure it's better if I spend that time writing essays and doing my readings for the moment - and my workload is sure to increase in the coming months! That doesn't mean I haven't been doing any craft though! Here's some of the things I've been doing ... 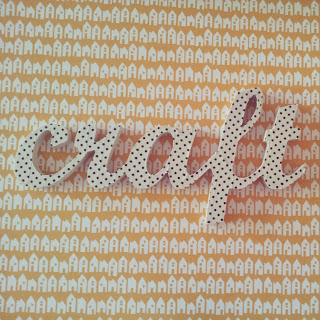 I found this wooden word at the craft store and simply had to have it! I covered it with washi tape using the same technique as my monogram brooches and I think I am going to put it up in my craft room aka the land where stash monsters roam. 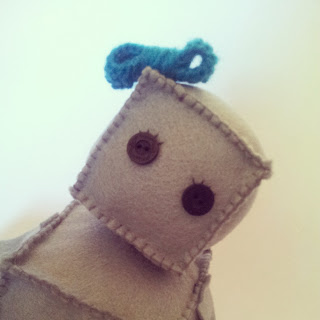 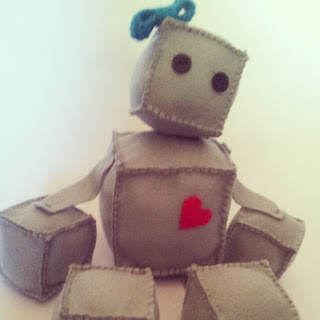 I used plain strips of felt for her arms and legs, rather than the ruffles in the original tutorial, for one simple reason: I was running out of grey felt! But I do like how it looks anyway ^_^ 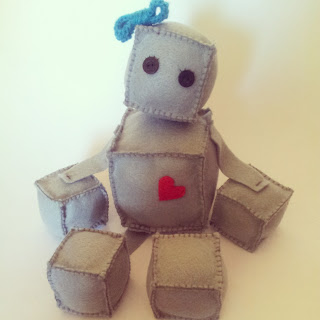 The bow on her head was crocheted using this tutorial, her eyes are buttons, and her eyelashes are just embroidery thread. I am thinking about making her eyelashes a little thicker though - they're a bit hard to see. 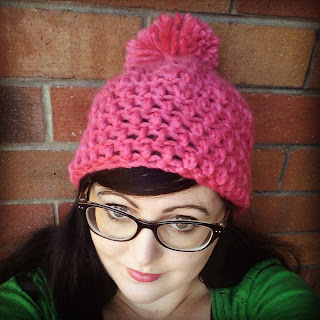 I also crocheted this hat using Vera Moda Shiver yarn, after being inspired by this one. Except I didn't use that pattern and our hats look completely different. Oh well! ^_^
The yarn I used is really chunky and super soft so this was really quick to make, even though I was crocheting slower than usual due to wanting to relax my normally very tight tension and also because the yarn can be a bit splitty so going slow prevents those annoying instances where you do a stitch with only half the yarn >_< 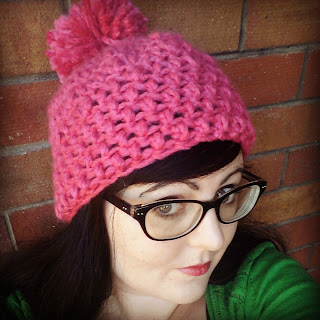 It's still pretty hot here, even though we're now a month into what is meant to be autumn, but we did have one rainy day which got me really excited for cooler weather, layering clothes, and blankets galore. Normally during winter my wardrobe is black, black, and black, with a bit of black thrown in as an accent colour but I've been making a real effort lately to add a bit more variety into my wardrobe; I think this pink hat will definitely help with that! ^_^ 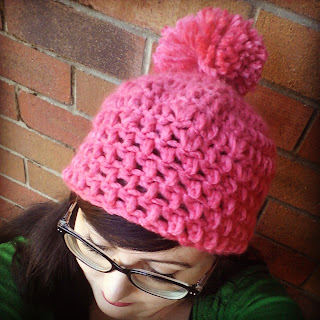 Can you believe that I previously didn't own any hats with pom-poms? It was obviously a problem that needed to be recified promptly! And if you're going to pom-pom, why not go massive? ~_^ 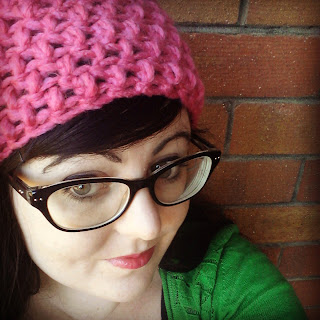 Now I just need to have weather cool enough to wear it for longer than five minutes at a time! ~_^ 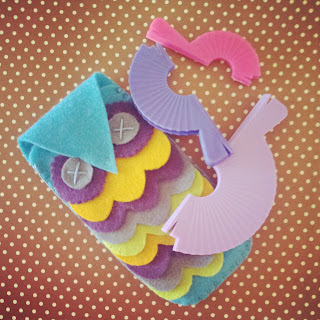 I can't remember if I've shown you my pom-pom case before, so here's a little photo of it. Isn't that cross-eyed owl a cutie? ~_^ I got my pom-pom loom from Spotlight for a couple of bucks, and it was totally worth it; I want to make heaps more now, for one of those adorable pom-pom garlands I keep seeing around. 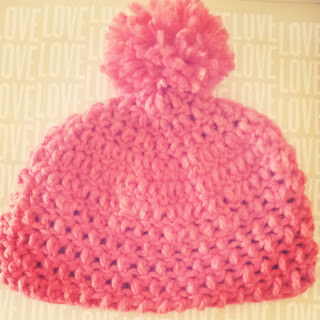 You can see here that when it's not being worn, my hat greatly resembles a teapot cosy. Actually, Scott says it looks like a teapot cosy while I'm wearing it too so I guess it's a good thing that I like teapots! And I totally need to make a skirt with teapot fabric now, to wear with the hat ~_^ 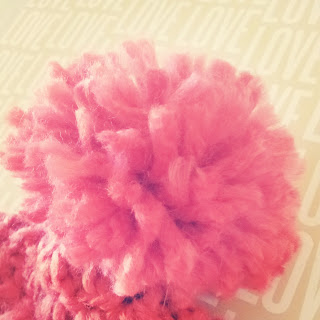 Giant pom-pom closeup! This Shiver yarn is great for pom-poms because it's just so FLUFFY ^_^

I've also finished a scarf, but I'm still blocking that so I'll have photos for next week ^_^

So. What have you been doing? Let me know - I miss you!

your studying and you still get time to craft so much? amazing! I had all these plans for the eater weekend and have only done one thing >_<

love the hat, omgosh i dont have a hat with a pom pom either! noooo!

I kind of like your Robot's little eyelashes, they're subtle but adorable!
Ps. That pom-pom is so fluffy I could die.

That is one awesome beanie Lisa! You've inspired me to go get one of those pompom thingamajigs. I've been busy painting and getting ready for the pop-up shop I have been invited to at the end of the month. *squeek*

No pom-poms?! Noooooo! You totes need a pom-pom hat! ^_^ I honestly didn't do much over Easter either, but everyone needs a couple of relaxing days every now and then ^_^

Thanks Bec ^_^ The fluffiness is killing me too, but I'll die happy so it's all good.

Ooooo, that is so cool Sam! I am totally going to have to come and visit you and your wonderful crafts - please let me know where the shop is going to be! ^_^

Loving the hat - everyone needs a pom pom or two! Loving the robot too - so cute.

Thanks Sara! I'm fully on the pom-pom bandwagon now, so I suspect there will more on here in the coming weeks! ^_^