Hello! I don't know about you, but I spend a lot of my time thinking about costumes. They're just such fun! I love going to Oz ComicCon and Supanova and seeing all the creative ideas that people have come up with, but Halloween has a special place in my heart. I mean, it's a spooky day where you can dress up and dance with a zombie; is there anything better? ~___^ 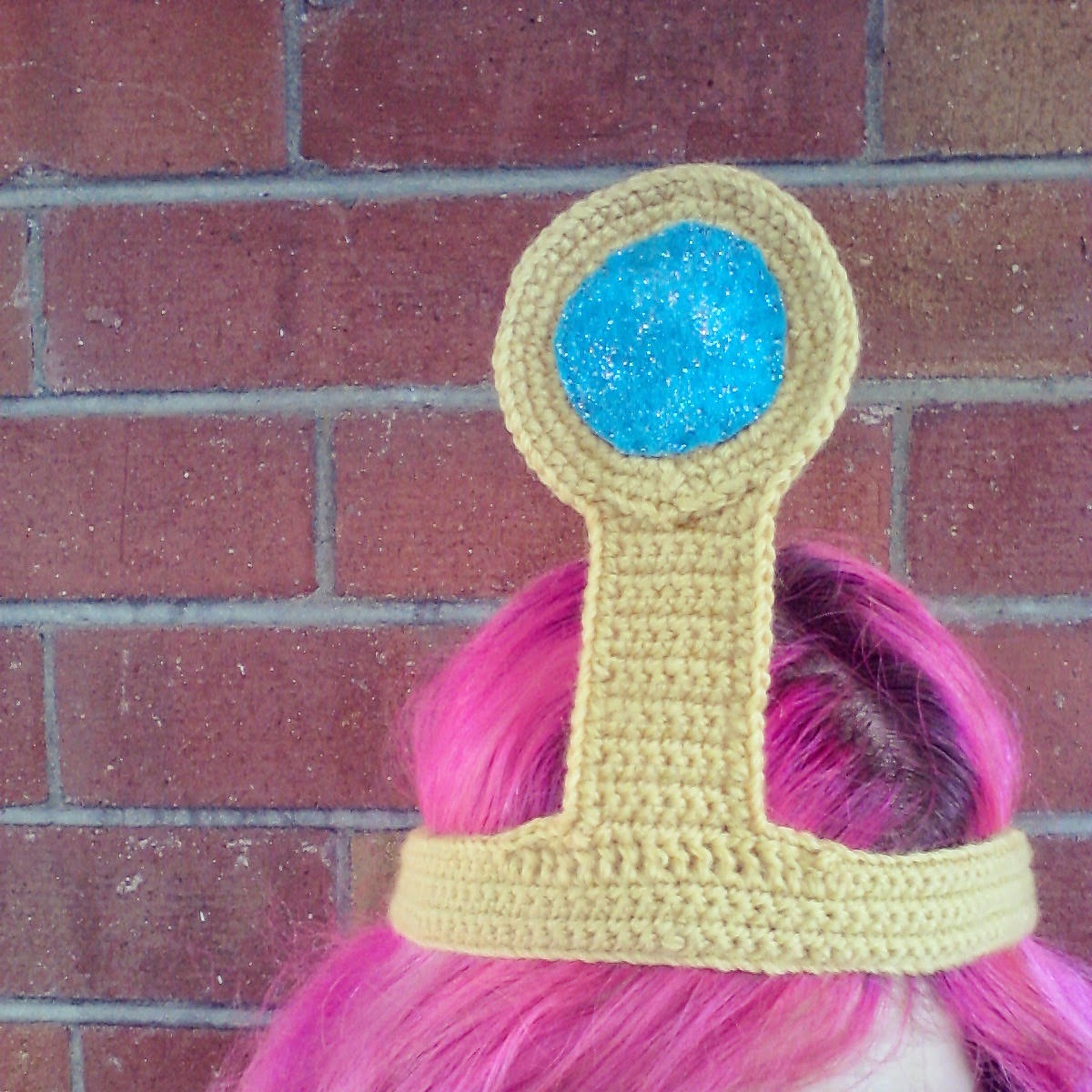 This year, since my hair is currently pink, I've decided to go as Princess Bubblegum from Adventure Time. Yay! I'm  going to do a closet cosplay and also go as a hipster version of PB; this is mostly because I don't really like wearing my contact lens and my glasses are so black and thick-rimmed that, well, they kinda suit the part! 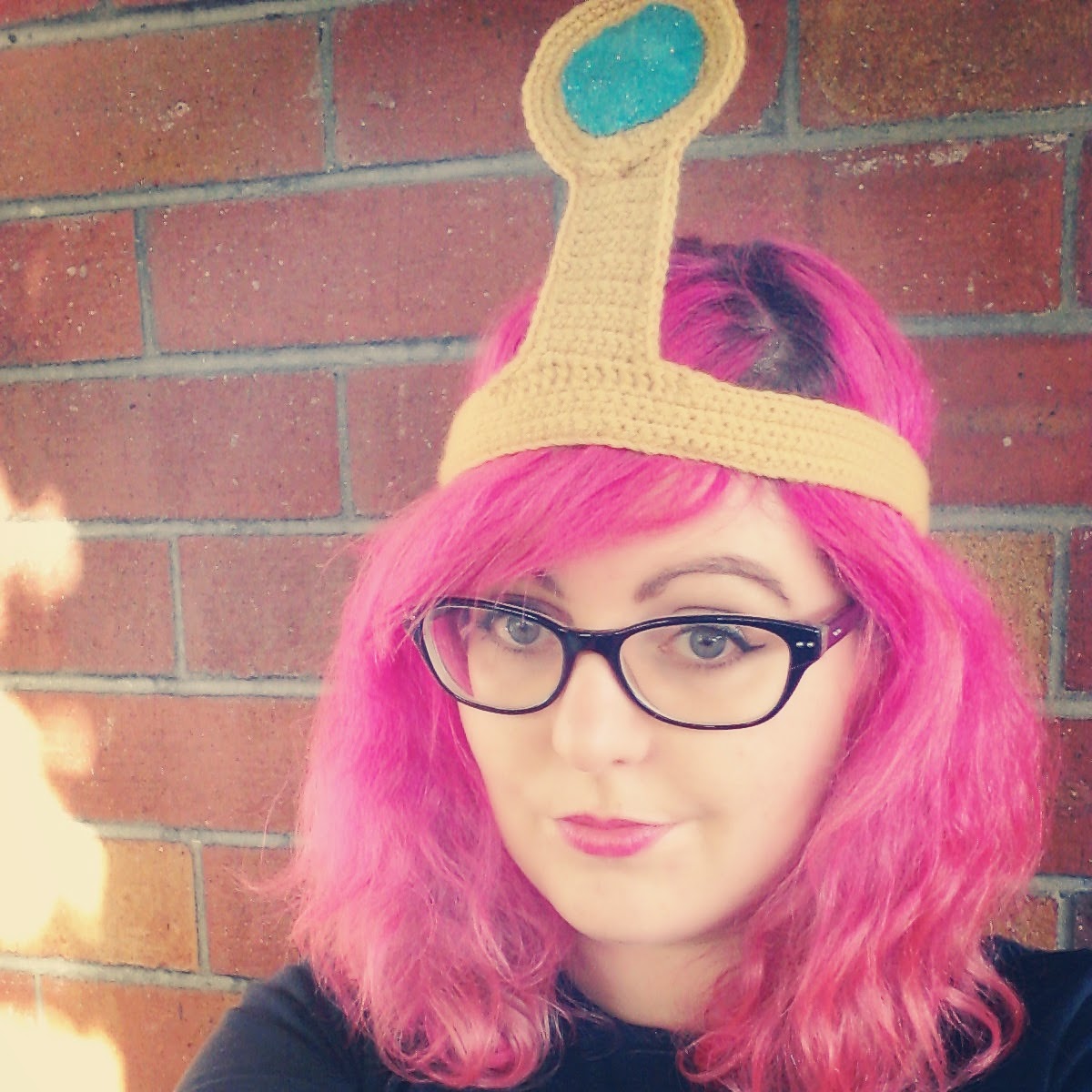 So I've got a pink top, handkerchief scarf, skirt, and tights but to be truly PB-esque I needed a crown. I found lots of different ones, made out of all kinds of different materials, but I was most inspired by a crochet version I found and so decided to give that a go. 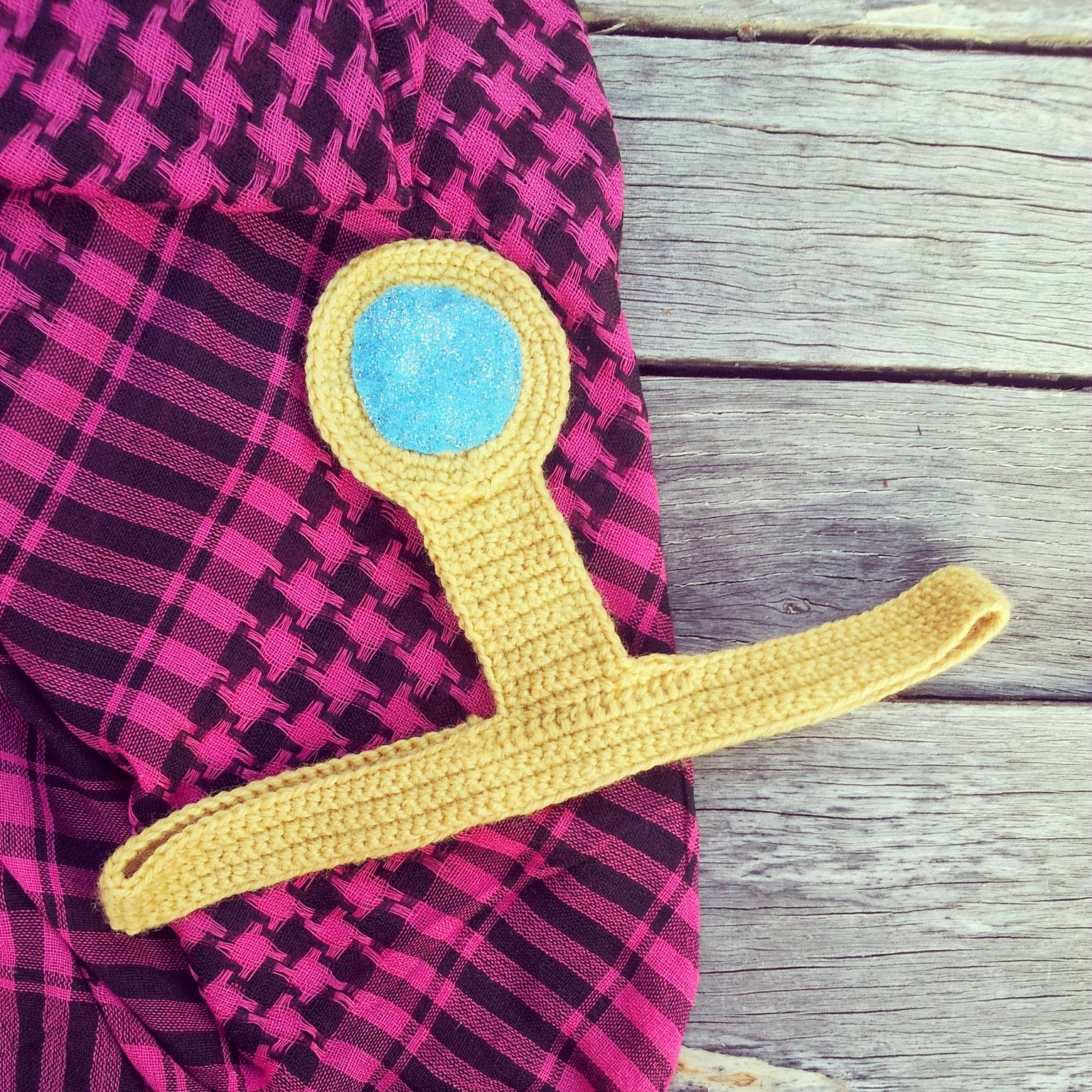 I also wrote down what I did to make this one so you can give it a go if you like! My crown is quite a bit bigger than others I've seen which I'm still kinda on the fence about. I like it because it stands out but ... I don't know, maybe it's too big? Either way, I guess you could just alter the pattern slightly so it suits you more. I will also mention that this hasn't been tested and so there are probably mistakes; if you find any, let me know and I'll add in corrections! ^___^ 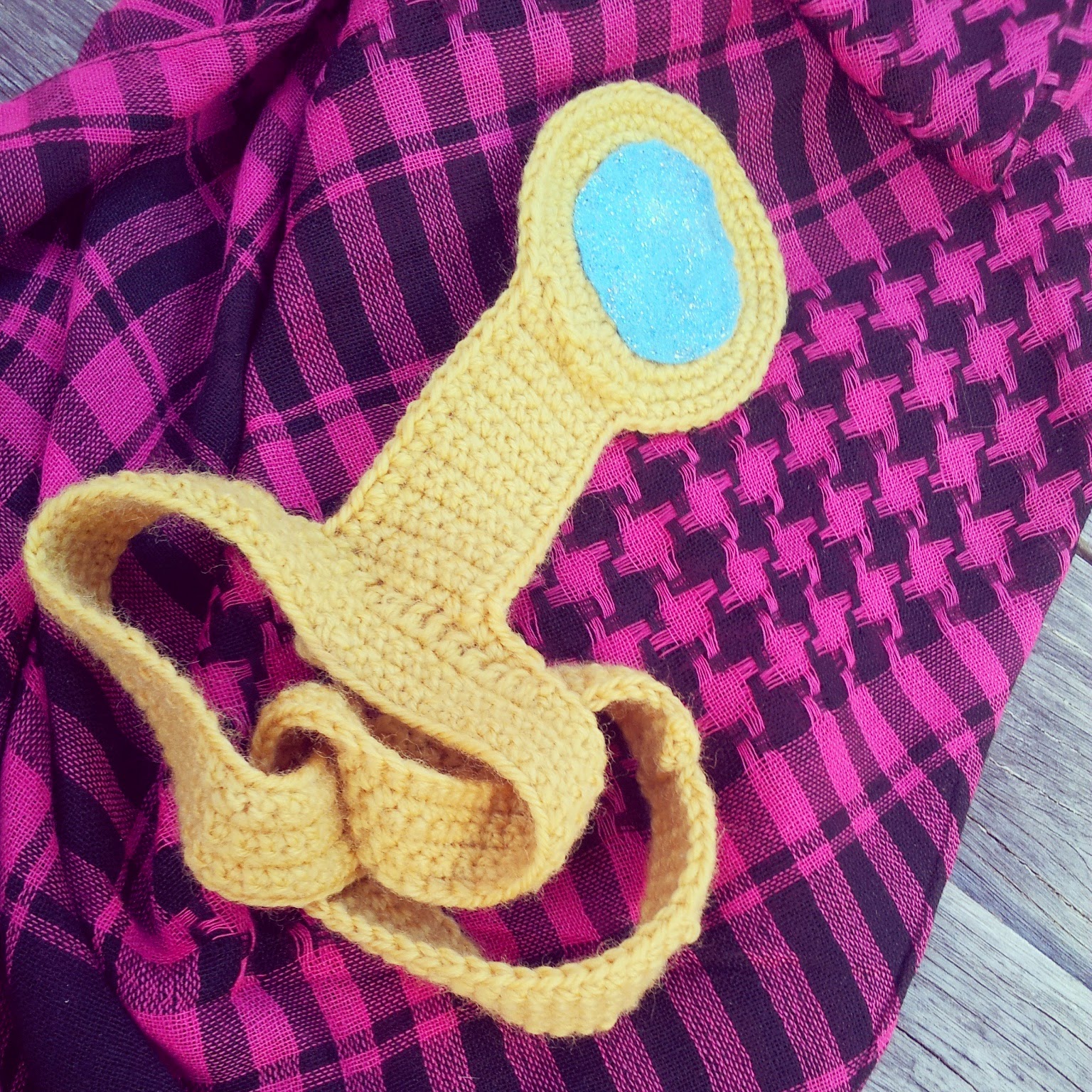 Crochet a flat circle using single stitch; I did 12 rows and my circle has a diameter of about 7.5 cm.
Cut out a circle slightly smaller than your crochet one from light blue felt. I painted my felt circle with glitter mod podge to make it sparkle!
Sew the felt circle to the crochet circle, and the crochet circle to the end of the uppy bit of the crown (yup, that's a technical term).
Sew the two rectangle ends of the crown together so that it forms a ring.

Tie on your end at the back of the crown, where your sewn join is. Single stitch around the edges of your entire crown. This will smooth out the blocky edges of the uppy bit and just generally make everything look nicer ^___^ 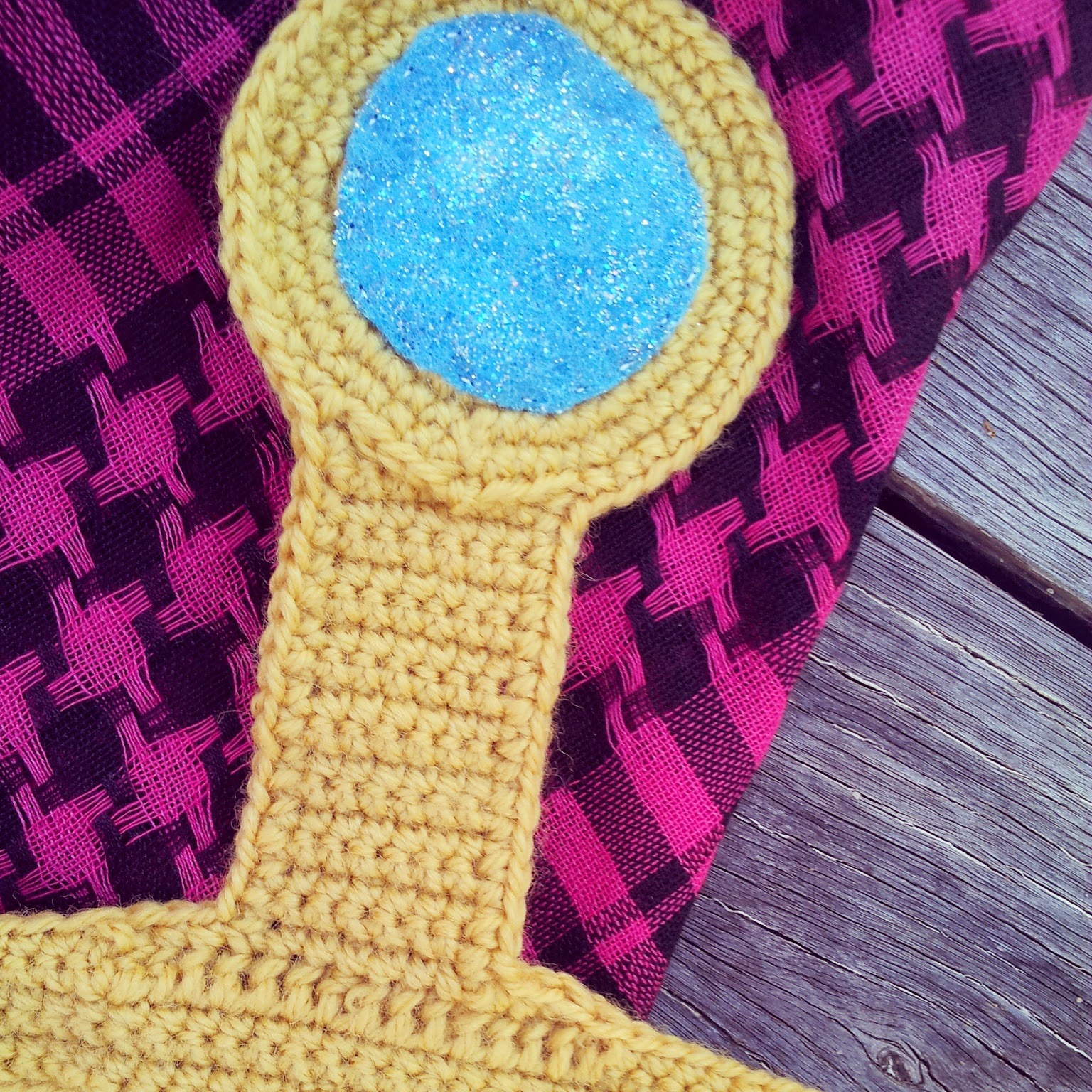 My crown was looking a bit droopy, so I sewed a thin craft stick to the back of the uppy bit. I was worried that this would make it really uncomfortable, but I was wearing my crown around the house last night (as you do) and it was fine. I may sew a little cushion over the end of it anyway, just to make sure I don't finish Halloween with a mark on my head ~___^ Other options to fix this would be to make it shorter, or maybe use fabric starch. 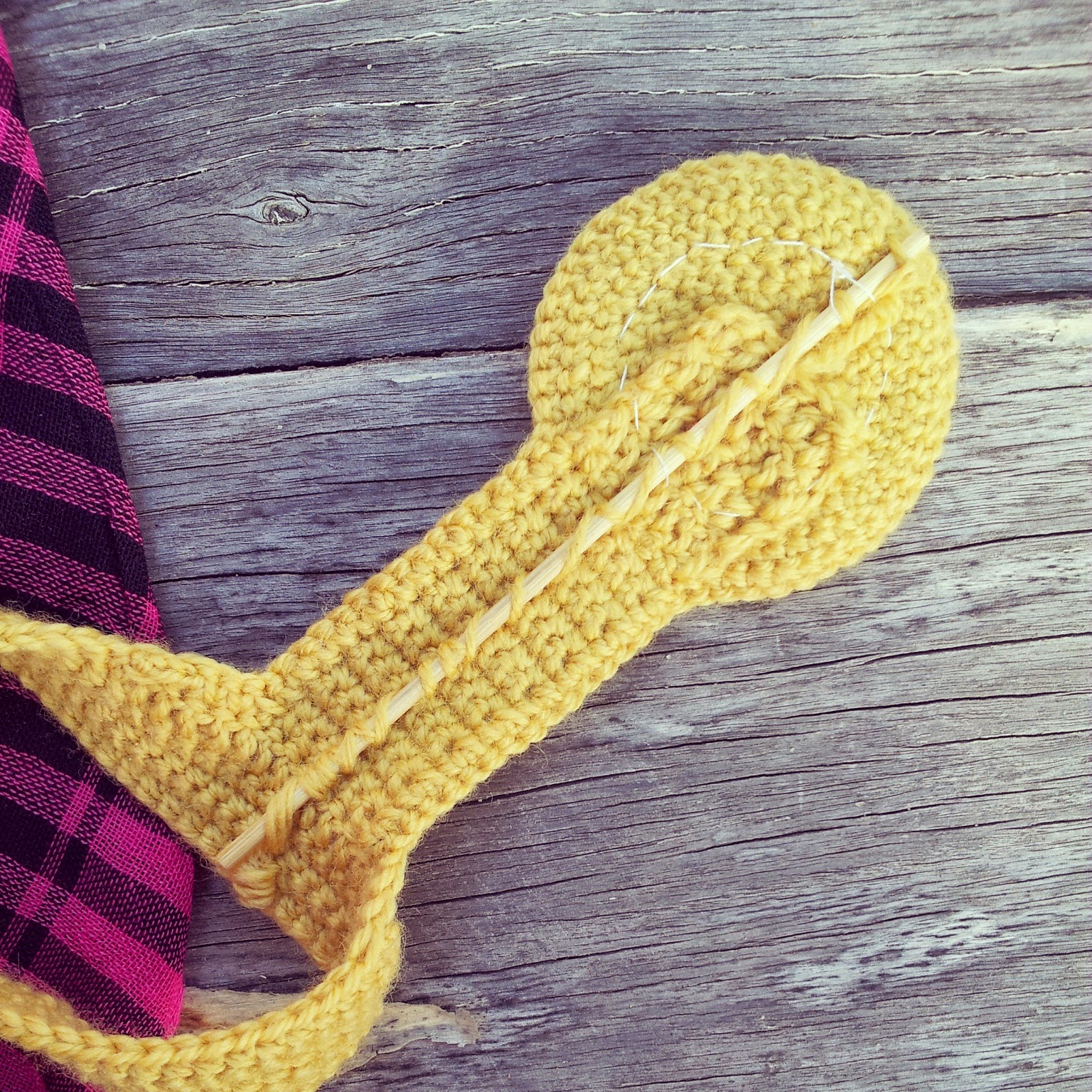 I, as usual, have grand plans for this costume which probably won't get done. I was planning on making a visit to the craft store today to pick up some orange wool to make this amazing Science the Rat but last night I broke my toe. Well, it may only be fractured but I enjoy being overly dramatic. Still, it's meant that a lot of my plans for the week have to be delayed since walking is rather painful. 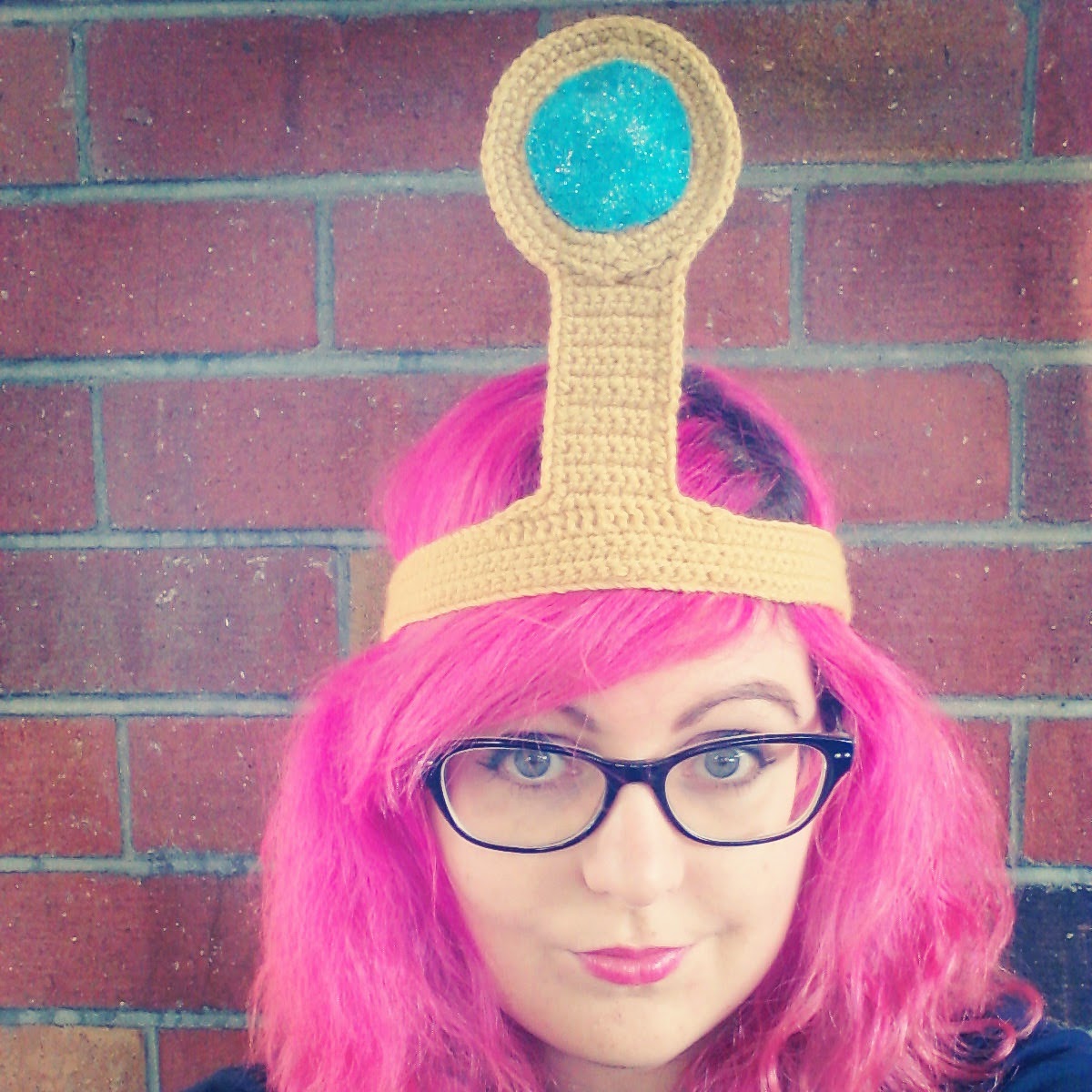 On the bright side, I will be sitting down a lot over the next couple of days which will be the perfect reason to get ahead in my assignments. Yay? ~___^

Are you crafting anything for Halloween this year? I have two more Halloween crafts on my list, but it looks like they'll have to wait until next week. I've had this zombie project in my head for *ages* so even though Halloween will offically be over, I'm still going to make them! I can't wait to show you ^___^

P.S. Does the gem part of the crown remind anyone else of the Stargate?

I think PB would be pretty keen on exploring with the Stargate! Thanks for your comment Bonita ^___^