Hello! Last night I finished another project for the Summer Nerd Games; this one is for the Craftster Anniversary challenge and so the prompt is "what Craftster means to me". 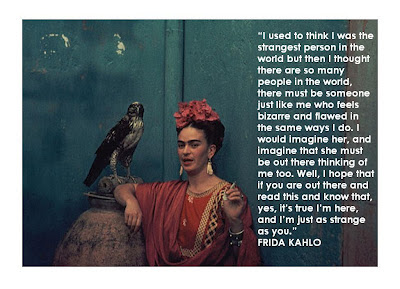 Straight away I thought of this quote from Frida Kahlo, which I think kinda sums up my reason for blogging in general, but also for joining internet communities like Craftster (and Pinterest, and Instagram ...); the idea that you can be alone and accepting of your strangeness yet also wanting to connect with other people who share the same type of strangeness as you.
So I wanted to make something inspired by Frida, and I decided last night that I would finally jump on the flower crown bandwagon, and make a floral headpiece. 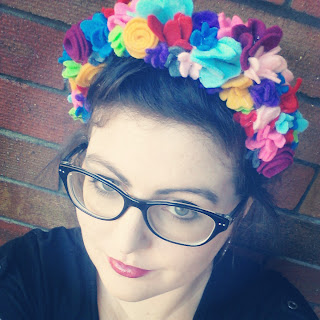 Obviously my eyebrows are no where near as magnificant as Frida's, but I tried to imitate her look a little bit by doing my hair up in maiden braids and wearing some dangly earrings. I also wore red lipstick, but that's not anything really different for me! ^_^ 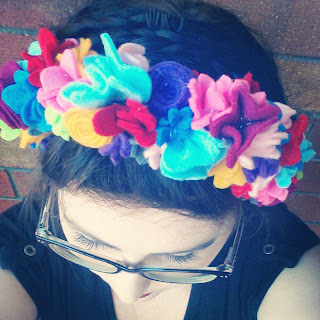 You can see the braids a bit better here ... as well as the end of one of them! Ugh, I'm not cut out for this hair styling lark! ~_^ 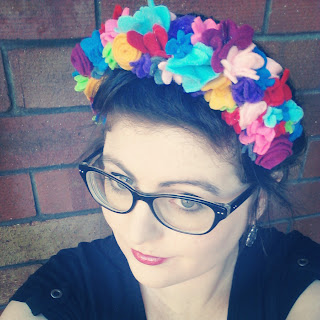 I spent about three hours making the headband, but most of that was taken up by making dozens of felt flowers! I didn't even use up all of them for this, I may have to make a matching brooch or something later on ^_^ 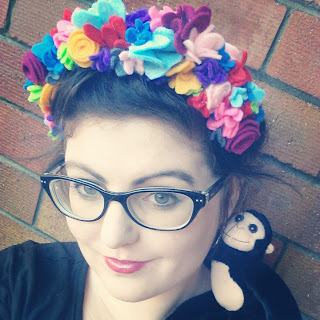 A couple of Frida's portraits show her with monkeys, so I got my little friend to make a cameo. Isn't he cute? ^_^ I think it's funny that our pale skin is almost the same colour! 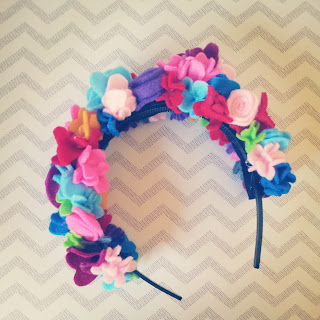 This photo gives your a less obstructed view of the entire headband. I attached enough flowers that it is wearable either way around. 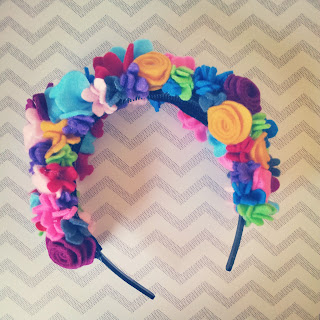 Do you have a favourite side? I like this side maybe a little bit more because it has more of the bright yellow flowers which I really love ^_^ 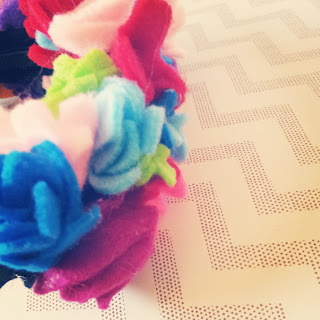 Up close with the camera, you can see evidence of the hot glue I used to construct and attach the flowers - in real life it is not very obvious though. 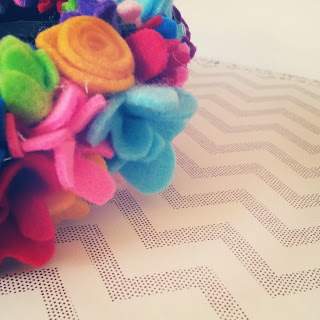 I made three types of flowers, but none of them look exactly the same because I didn't use any templates. I like this effect though, I think it looks more natural for all the flowers to be slightly different. Well, as natural as very brightly coloured felt flowers can be, I guess ~_^ 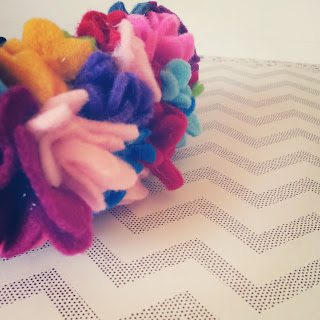 I used the instructions for the cherry blossom and the rosebud from this site and the rest of the flowers were made just by cutting out flowers with four or more petals, adding hot glue to the centre, and then pinching them closed. All of these flowers were very easy to make, just very time consuming. 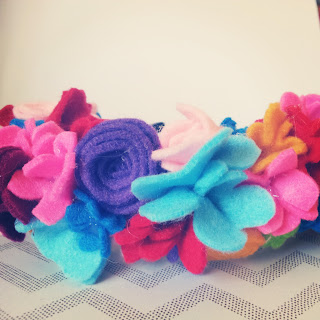 I made at least three of each type of flower for each colour that I used, and I tried to ensure that I had a good variety of sizes. Having the tiny little flowers was especially useful (even though they were a pain to make) because they fill up the gaps between the larger flowers perfectly. 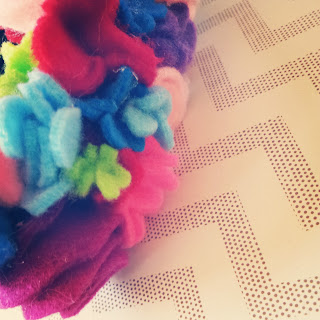 The headband that I used for the base was an old, plain black one. In the photo below, you can see that I added a long rectangle of black felt to the headband so that the surface area available for glueing flowers to was much larger. I chose black so that it would blend in with my hair, but you could really use any colour that you wanted. 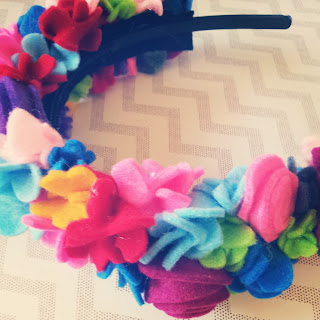 I am really happy with this project. It took a while to complete, but it's not complicated or technique intensive, and I used only stash items! Yay, go me! ~_^

What do you think of the headband? Do you think I should reward myself with a trip to the craftsstore for using up so much stash materials for this challenge? ~_^

I'm really not into the flower crown trend, but I adore this to pieces!
The side with the yellow flowers would be my favourite also! It's definitely the wide range of colours and the variation through the size and style of the flowers that really makes it work for me.
Well done!